ALMA produces huge amounts of observation data from gigantic hardware systems. Remarkable ALMA results achieved by astronomers are always supported by ALMA computing teams. Software development is indispensable in making all the machines work in perfect order and also in producing images of astronomical objects from enormous amounts of data. This series of interviews features people working for ALMA. In the second installment of the series, we interviewed Associate Professor George Kosugi, who leads the NAOJ ALMA computing team.
share
tweet

What is Computing All About?

— Let’s start with a very basic question; what is computing all about?

— You are making software, not hardware like computer devices. 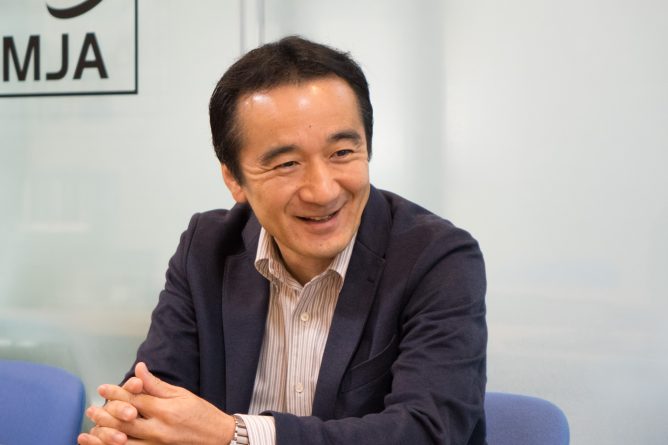 Kosugi: Exactly. Even if we have a computer like PC or smartphone, we cannot use it without software. Similarly, ALMA has supercomputers called “Correlator” in Chile. Enhanced computing capability is required for ALMA that processes enormous amounts of data to produce images of astronomical objects from data collected by up to 66 antennas. And such processing is carried out by the correlators. Our ALMA computing team develops software to control the Correlator and other types of software too.

— What other types of software are you making?

— On the other hand, what is the offline software?

Kosugi: To explain it, we need to begin with the introduction of the flow of observation with ALMA. First of all, researchers prepare observing proposals and submit them to the ALMA Observatory. When the proposal is accepted after the review, researchers describe various setting parameters for telescope and instrument in a set of electric files (so-called “Phase 2 Programs”) and send the Programs to the database. And then, ALMA operators execute the Phase 2 Programs on the ALMA control computers to perform observations. In this process, various pieces of offline software are used: such as software to prepare observing proposals; software to support the proposal review; and software to prepare Phase 2 Programs.

Kosugi: Offline software is used again after an observation has been finished and the data has been archived. ALMA staffs process the data and the resulting data is back to the archive. Then finally, the data is sent to the researcher who submitted the observing proposal. The software for data processing and archiving are also categorized as offline software. Each piece of function required for the observation flow is developed by the computing team. 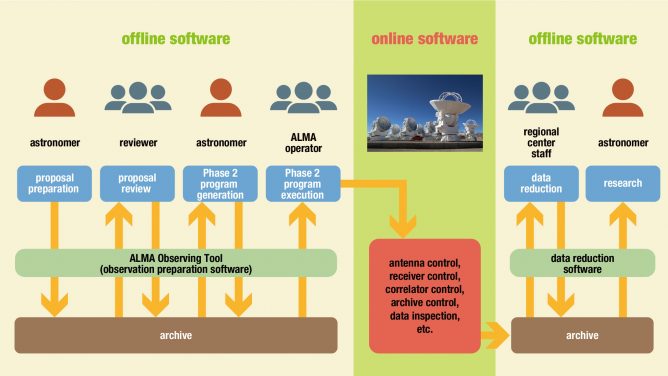 — It looks like computing is building the framework of the ALMA observatory.

Kosugi: Most people think of astronomers as the image of people working for ALMA. On the other hand, our computing work is not visible to the public because we are playing “background” roles. I hope these interviews will help highlight the importance of computing and raise the motivation of the computing team members.

— How many people are working in your computing team currently?

— Does each regional team have different tasks?

Kosugi: Main task assigned to the Japanese team is software development to control the Atacama Compact Array (ACA, as known as the Morita Array) and its Correlator. Also we implement some tasks jointly with other regional teams in the development of analysis software and archive software as well as in the tests of software.

— ALMA has already started observations but is the development still in progress?

Kosugi: ALMA has been continuously improving its capability by installation of new observing instruments and addition of new observing modes. Even for the Correlator mentioned earlier, discussion for the next generation development has already started. Our computing team has also been continuing development to catch up with these ongoing developments. For example, when a new observing mode is added, such function needs to be included in software. And, we need debugging too. Bugs have never been worked out in such a large scale software. In addition to the development of software functions, we are always conducting development while thinking about how to improve the speed and efficiency of software. If data analysis needs to be faster, we try to make it better by algorithm improvement or parallelization of analysis software. 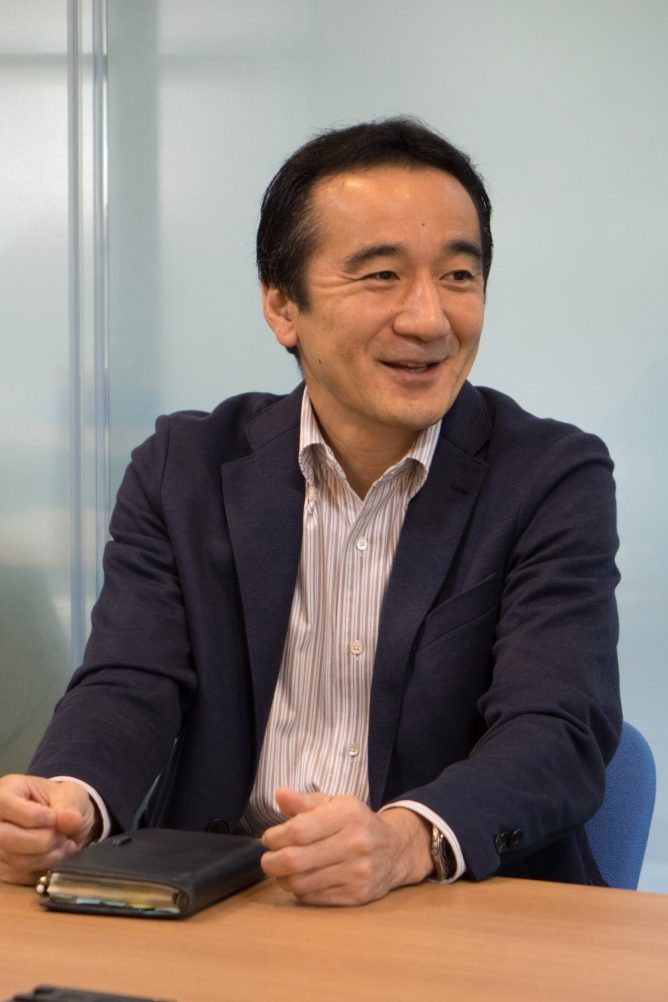 From 1990, developed a network-controlled instrument for the Okayama 188cm telescope in collaboration, conducted observational research on active galaxies, and entered into computing in observational astronomy since then. Joined the Subaru Telescope project in 1996, engaged in software development and commissioning of the telescope system. From 2005, assigned to the computing team in the ALMA project in Japan. Currently, as an East Asian Computing Manager, leading the ALMA software development. Astrophotograph is one of his hobby.
Tags : Special 3: Working for ALMA ALMA People ALMA Technology 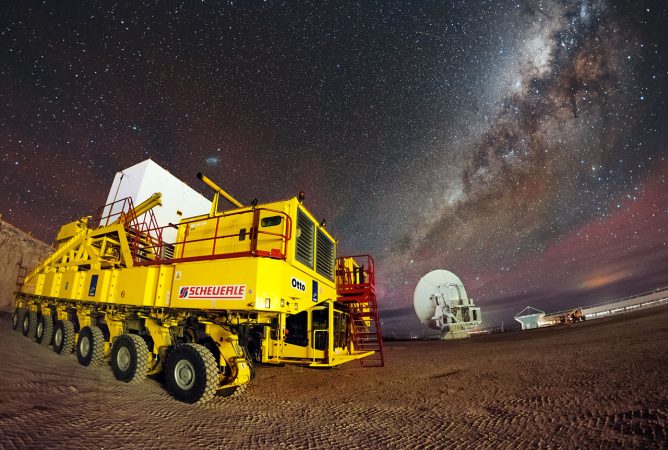