This framework was established in the “Agreement Concerning the Operations of the Atacama Large Millimeter/submillimeter Array (ALMA)” also known as “the ALMA Agreement” which was signed by ESO, NSF, and NINS in December 2015. The three parties collaborate with one another to jointly operate ALMA in accordance with this agreement. 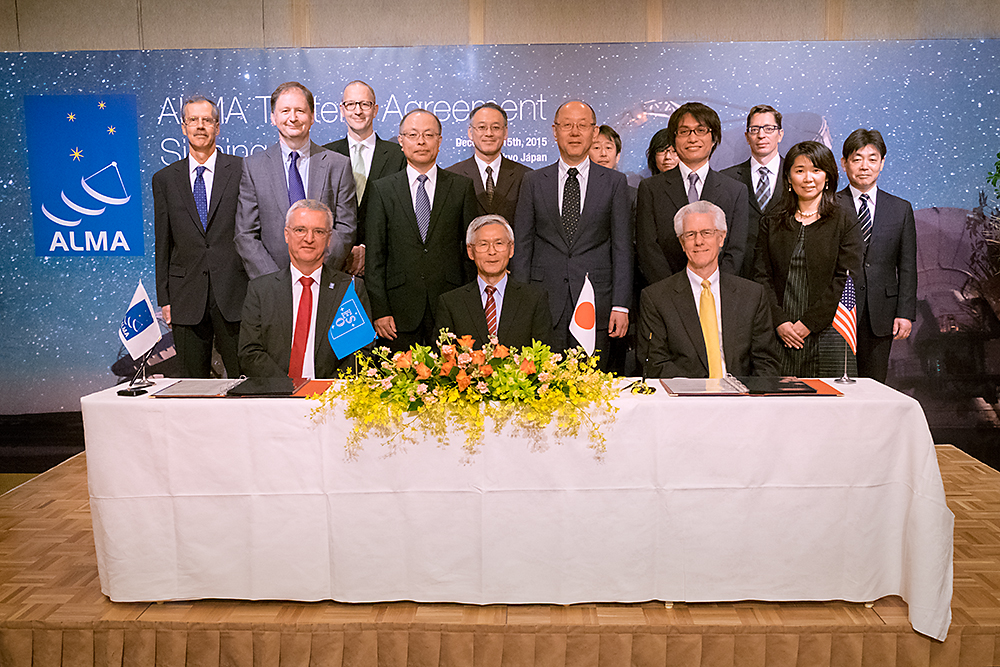 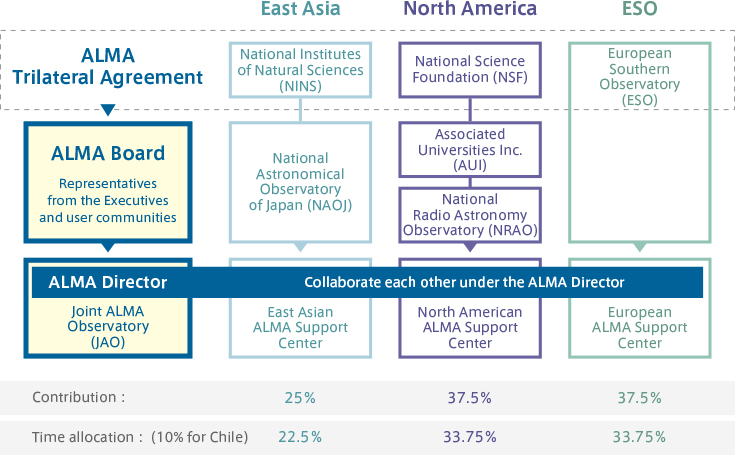