The Total Solar Eclipse of July 2, 2019, was partially visible from the ALMA observatory with 76% of the Sun covered by the Moon. Against all the odds, despite the cloudy skies, some snowfall, and high winds, one of the antennas observed the Sun in great detail during the eclipse. 27 images of the eclipse were taken to create a short video.

Partial solar eclipse on July 2, 2019, observed with one of the ALMA antenna.

“We had to undertake an observatory-wide effort to observe the eclipse with an antenna,” explains Antonio Hales, ALMA astronomer in charge of observations. “Snow, high winds, and cloudy skies were some of the challenges faced by the ALMA team when taking this unique picture of the Moon as it partially hid the Sun, but in the end, we are glad that we succeeded.”

The Moon covered 76% of the Sun during the 2019 Solar Eclipse at ALMA. There were thick clouds in the sky and winds up to more than 10 meters per second in the Array Operation Site (AOS). The ALMA Department of Engineering managed to recover the antenna after snowfall just in time to observe, however, increased winds more than 15 meters per second forced observations to stop before the end of the eclipse.

These observations were made with antenna PM03 in Band 3 (100 GHz). Masumi Shimojo, Solar Astronomer, performed the calibrations. “The preparation activities of the eclipse observation began about one month ago, but we thought that we could not observe the eclipse because the weather forecast said terrible weather at the antenna site,” said Shimojo. “I really appreciate the great efforts of the staffs at the site. The Sun is too big and too bright for observing with ALMA. So, we had to make the observing plan carefully. When I saw the Sun with Moon’s shadow in the image, I was moved and also relieved.” 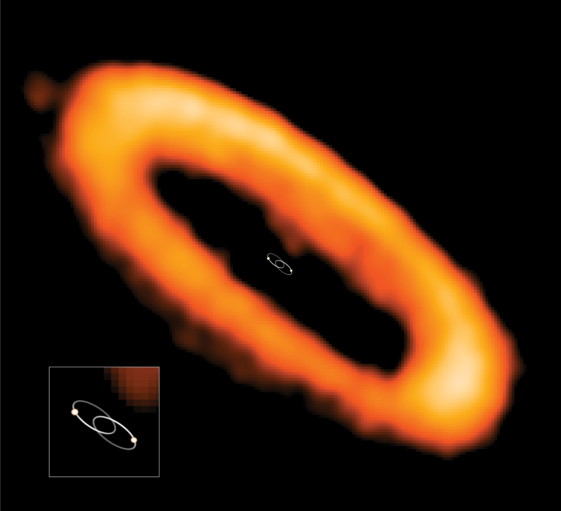