NAOJ ALMA exhibits a booth at the Japan Geoscience Union Meeting every year. This year’s event was held from May 20 through 25 jointly with the American Geophysical Union (AGU), which created international atmosphere more than in previous years.

At the booth, the ALMA staff presented the latest scientific results of ALMA observations to promote the use of ALMA to geoscientists beyond astronomy. There were many student participants at the event and they expressed positive interests in utilizing the open-use ALMA observation system and conducting leading-edge research with ALMA. The booth next to NAOJ ALMA was run by the NAOJ TMT project office which is an international project like ALMA to construct a 30-m optical telescope.

On May 23, a session titled “New Developments of Planetary Science with ALMA” attracted a near-capacity crowd. The event was a good opportunity to promote public awareness on ALMA as a telescope open to geoscience researches. 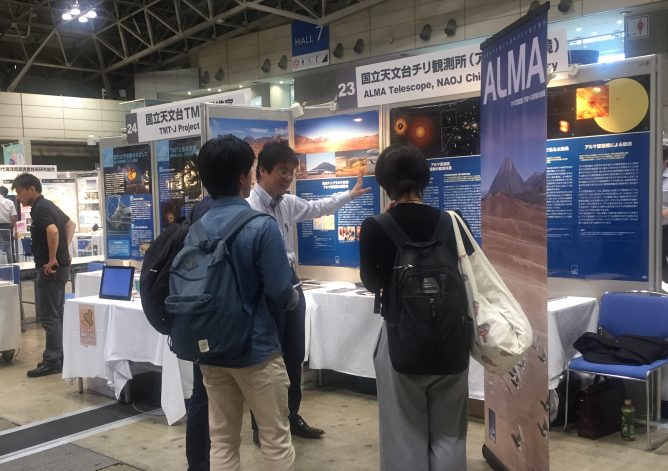