The National Astronomical Observatory of Japan (NAOJ) provides annual summer astronomy programs for kids aged from 6 to 15. This year’s event was a three-day program from July 31 through August 2, where radio astronomy class on the final day was given by Masaaki Hiramatsu, an assistant professor at the NAOJ Chile Observatory.

In the radio astronomy class, students had lectures on radio waves and the ALMA telescope, and then joined in an experiment to receive radio waves from the Sun using a solar radio telescope, which was actually used for astronomical observations in Nobeyama, Nagano and then transferred to the NAOJ Mitaka campus, Tokyo. The direction of the telescope is adjusted manually. During the observation, radio waves gets stronger as the parabolic antenna is directed toward the Sun, while it gets weaker as the antenna is directed away from the Sun. The change of intensity is noticed with sounds. Although the weather was cloudy on the day, solar radio emission was successfully received as it can reach to the Earth through the clouds. For souvenir, participants were given a sheet of paper on which radio intensity is recorded in waveform. 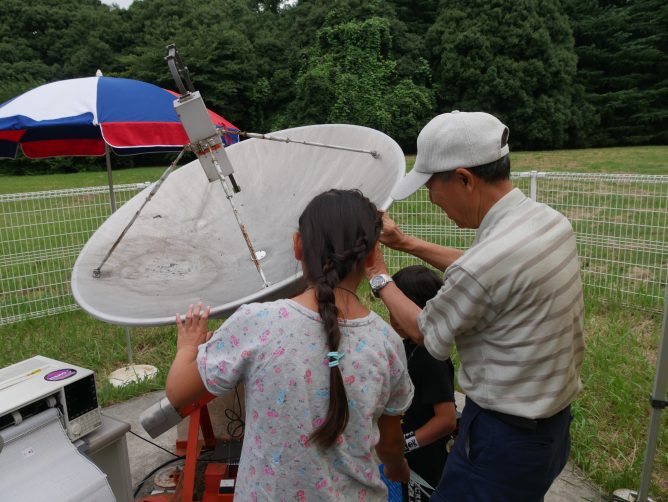 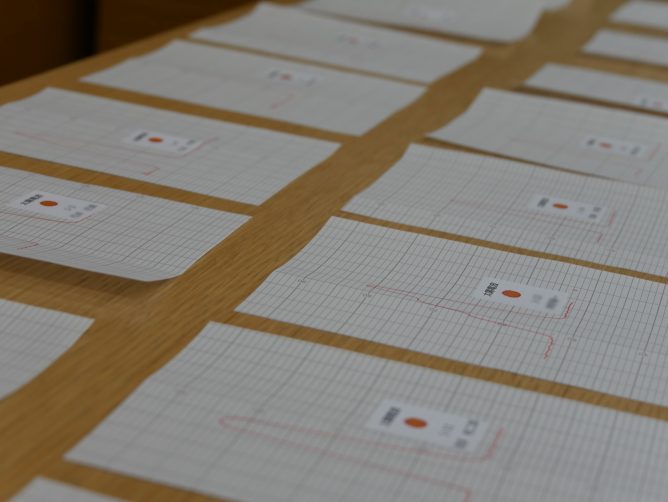 As part of the program, students had opportunity to see the whole picture of the universe using software called Mitaka and images of the ALMA site in Chile which were projected on the screen at the 4D2U dome theater.

After the solar observing experiment, students did “radio coloring” which is a simulation of making an image from data obtained from radio observations. A radio telescopes measures the intensity of radio emissions coming from various regions in the sky and creates an image of an astronomical object by tracing the differences in radio intensity. In radio coloring, students were given a grid sheet with a different number on each square. By using a different color on each numbered square, a shape of an astronomical object appears. This radio coloring was designed based on actual ALMA observation data. Radio imaging nowadays has been performed with computers, but radio astronomers 30 years ago used to do coloring of a grid sheet like this to make an image of an observed object. 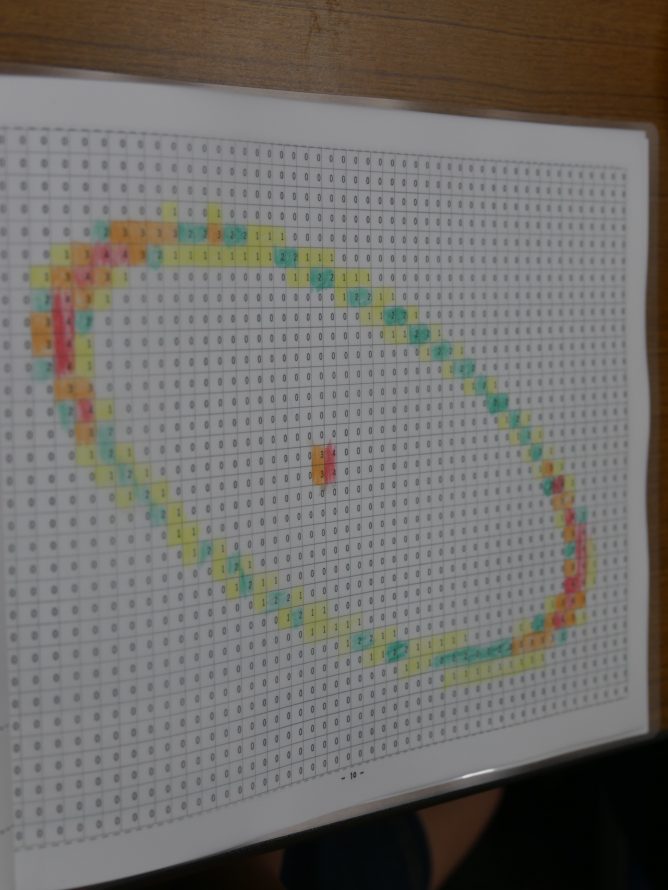 Students were working on radio coloring with concentration, including their parents who took on a challenge to an advanced version of coloring. At the end of the program, students actively took part in the QA session and showed their high interest in astronomy.