The high resolution of the ALMA telescope has revealed that magnetic fields where massive stars are born play an important role in how matter is supplied to those stars.
share
tweet 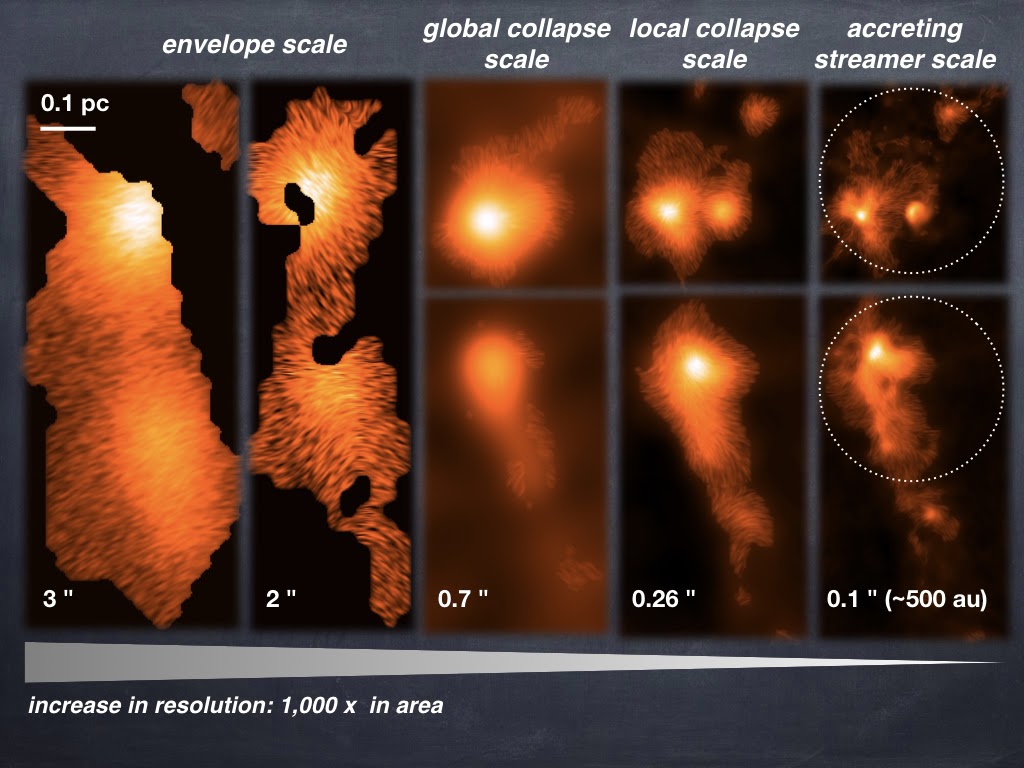 Figure 1. Visualization of the role of the magnetic field over four essential steps in the star-formation process in the W51 e2 (top) and e8 (bottom) high-mass star-forming regions (from left to right): envelope, global collapse, local collapse, and accreting streamer scale (rightmost panels). Visualized are streamlines, using a line-convolution algorithm based on the actual detected magnetic field morphologies with increasingly higher resolutions from left to right, leading to a 1000x sharper view in the rightmost panels. At the highest resolution of about 500 au (0.1”), the rightmost panels are resolving a network of core-connecting streamers that appear to be channeling material to the center of the star-forming cores. The magnetic field is prevailingly aligned with the streamers, hence stabilizing them against collapse and external pressure. The dashed circles in the rightmost panels indicate the 3” resolution in the leftmost observation, illustrating the tremendous improvement in resolution with ALMA.
Credit：Koch et al.

In the last step, an intriguing new phenomenon appears. With the currently highest resolution of about 500 au, the diffuse spherical gas seen on the scale of local collapse is resolved into a network of streamers. These streamers point to the very center where stars form, and very importantly, the measured magnetic field is directed along these streamers. Finding the magnetic field along the streamers is a key result, because it means that the magnetic field tension force can stabilize the streamers against collapse and external pressure. In return, this is providing strong evidence that streamers are magnetically supported. This makes them stable and possibly a fundamental building block in the journey of material accreting onto central stars.

As Patrick Koch concludes, “this is a testimony to ALMA’s superior sensitivity and resolution. No other telescope facility could observe this. We are yet witnessing another role of the magnetic field as it seems to stabilize accretion channels through which material can flow to central core regions where stars form.”

Publication Details
This research was presented in a paper “A Multiscale Picture of the Magnetic Field and Gravity from a Large-scale Filamentary Envelope to Core-accreting Dust Lanes in the High-mass Star-forming Region W51” by Koch et al. appeared in Astrophysical Journal.

This article is based on the press release issued by Academia Sinica Institute of Astronomy and Astrophysics on January 4, 2023.

Additional information
The Atacama Large Millimeter/submillimeter Array (ALMA), an international astronomy facility, is a partnership of the European Organization for Astronomical Research in the Southern Hemisphere (ESO), the U.S. National Science Foundation (NSF) and the National Institutes of Natural Sciences (NINS) of Japan in cooperation with the Republic of Chile. ALMA is funded by ESO on behalf of its Member States, by NSF in cooperation with the National Research Council of Canada (NRC) and the National Science and Technology Council of Taiwan (NSTC), and by NINS in cooperation with the Academia Sinica (AS) in Taiwan and the Korea Astronomy and Space Science Institute (KASI).
ALMA construction and operations are led by ESO on behalf of its Member States; by the National Radio Astronomy Observatory (NRAO), managed by Associated Universities, Inc. (AUI), on behalf of North America; and by the National Astronomical Observatory of Japan (NAOJ) on behalf of East Asia. The Joint ALMA Observatory (JAO) provides the unified leadership and management of the construction, commissioning and operation of ALMA. 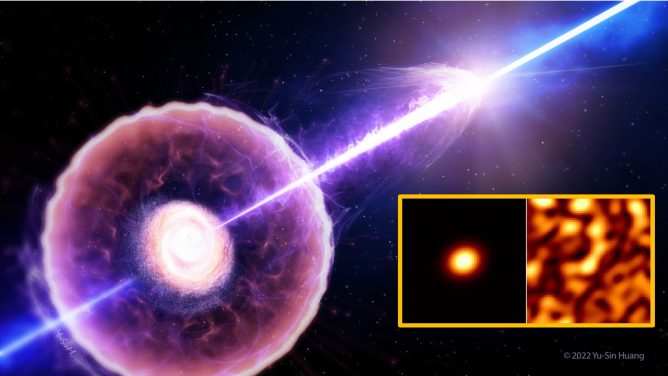 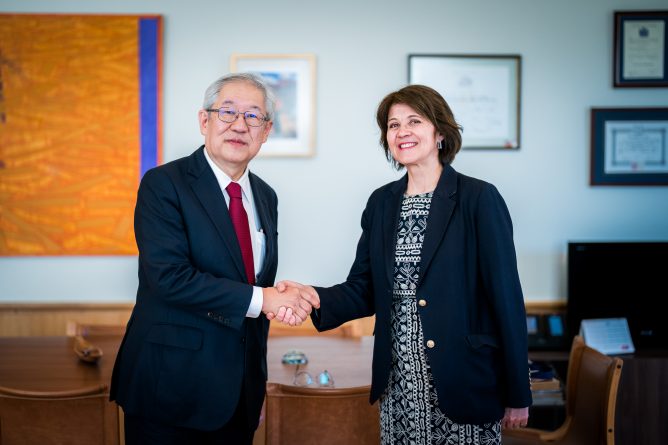