From February 21 through 22, 2017, the Japan Radio Astronomy Forum (JRAF) Symposium FY2016 was held at the NAOJ Mitaka campus. More than 80 participants attended the symposium, including researchers and graduate students who are engaged in the radio astronomy research in Japan, and had active discussions on the current status and future perspectives of the Japanese radio astronomy.

The JRAF is a community of the Japanese radio astronomers, which was established in 1970 with the aim of realizing the first large-scale radio telescope. Even after the initial efforts bore fruit with the completion of the Nobeyama 45-m Telescope and Nobeyama Millimeter Array, the JRAF has been continuously serving as a forum to discuss and support the realization of cutting-edge observing instruments for the development of Japanese radio astronomy and the promotion of researches using such instruments.

With the advent of a super telescope ALMA, which has been increasingly producing new scientific results, the progress of radio astronomy is getting faster and faster. In this symposium, the participants shared the current status of various radio telescope projects such as ALMA, the Next Generation Very Large Array (ngVLA) under discussion in the U.S., and SKA which will be constructed in Australia and Africa, as well as the presentations given by young and senior researchers on the progress and challenges of their researches and ideas of new projects. They enjoyed open discussions on the topics including effective fusion plans based on extensive experience and fresh new ideas and requirements for each plan. 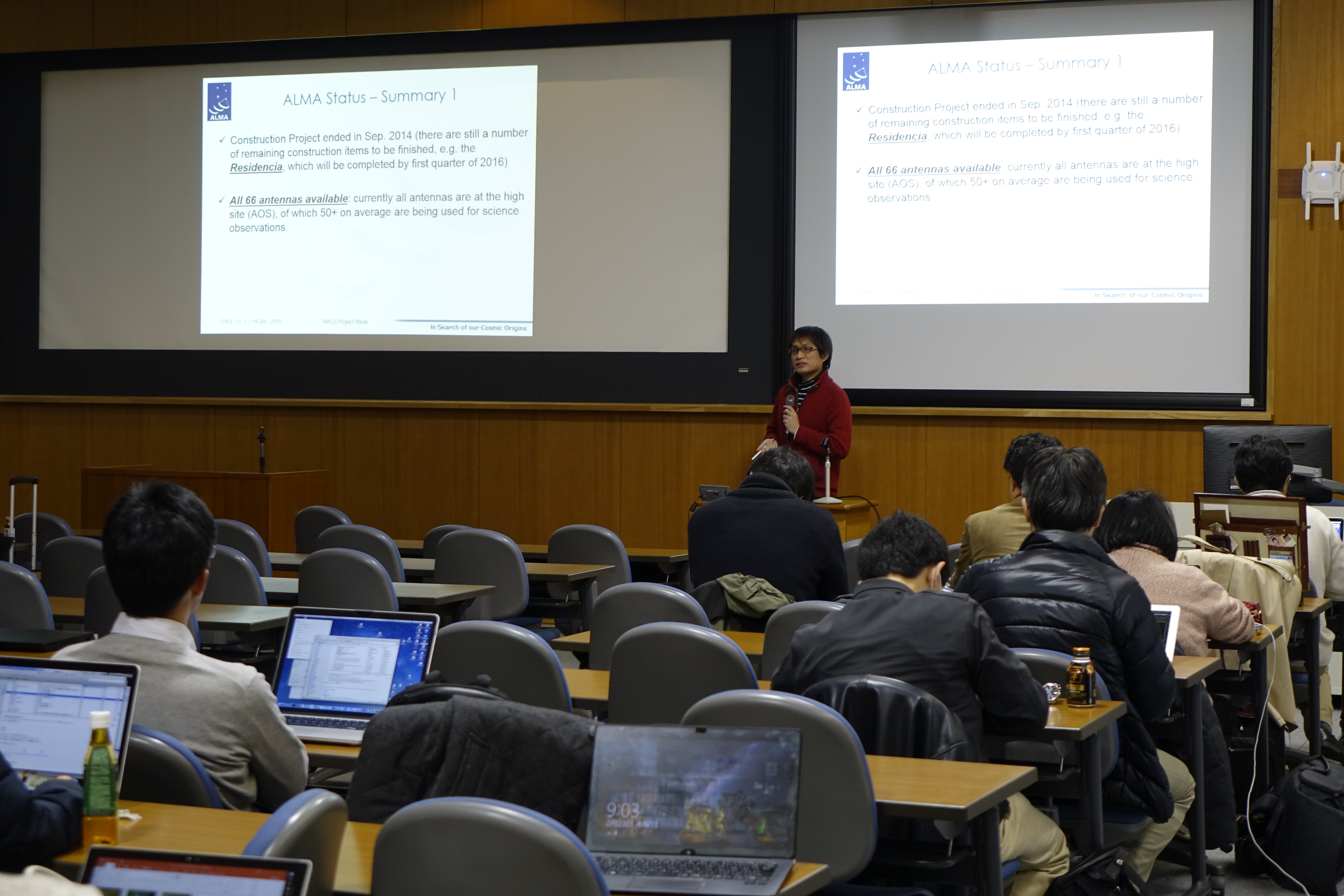