On Saturday, November 26, the 22nd ALMA public lecture titled “The Birth of Stars and Planets Explored by ALMA” was held by NAOJ at the Nagoya City Science Museum. The event attracted well over 200 people. Many of them seemed to have strong desire to learn about astronomy and especially ALMA; they listened to the talk very attentively while taking notes and asked questions to astronomers after the lecture.

The event started with the opening speech made by Manabu Noda, the curator of Nagoya City Science Museum, which was followed by the three lectures by astronomers. The first lecture titled “Introduction of the Ultimate Radio Telescope ALMA that Exceeds Hubble Space Telescope” was given by Ken’ichi Tatematsu, a professor at NAOJ and East-Asian ALMA Regional Center Manager, and he talked about basics of radio astronomy and mechanism of the ALMA telescope as well as observation results of a distant star-forming galaxy in an early stage. The second lecture “International Project ALMA—One and Only Telescope in the World—” was given by Kengo Tachihara, an associate professor at Nagoya University. Based on his working experience in Chile, Tachihara showed how the ALMA telescope was built together with many researchers and engineers from various countries and explained the latest observation results of star formation. And lastly, Misato Fukagawa, an associate professor at Nagoya University, gave a lecture titled “Seeing the Birth of Planets—Remarkable ALMA Observation Results—” explaining that some established theories of planetary formation have been faced with reconsideration by new findings revealed by ALMA observations. After the lecture, there was a question and answer session with the audience including those participating online. Lecturers gave detailed answers to the questions such as “Why are the ALMA antennas laid out randomly?”, “Can ALMA observe the final stage of a life cycle of a star?” and “What is the future plan for ALMA?”

The lecture was broadcast simultaneously over the internet via YouTube and niconico LIVE. As shown by the view counts that have reached 800 at the end of the lecture, many people participated online. 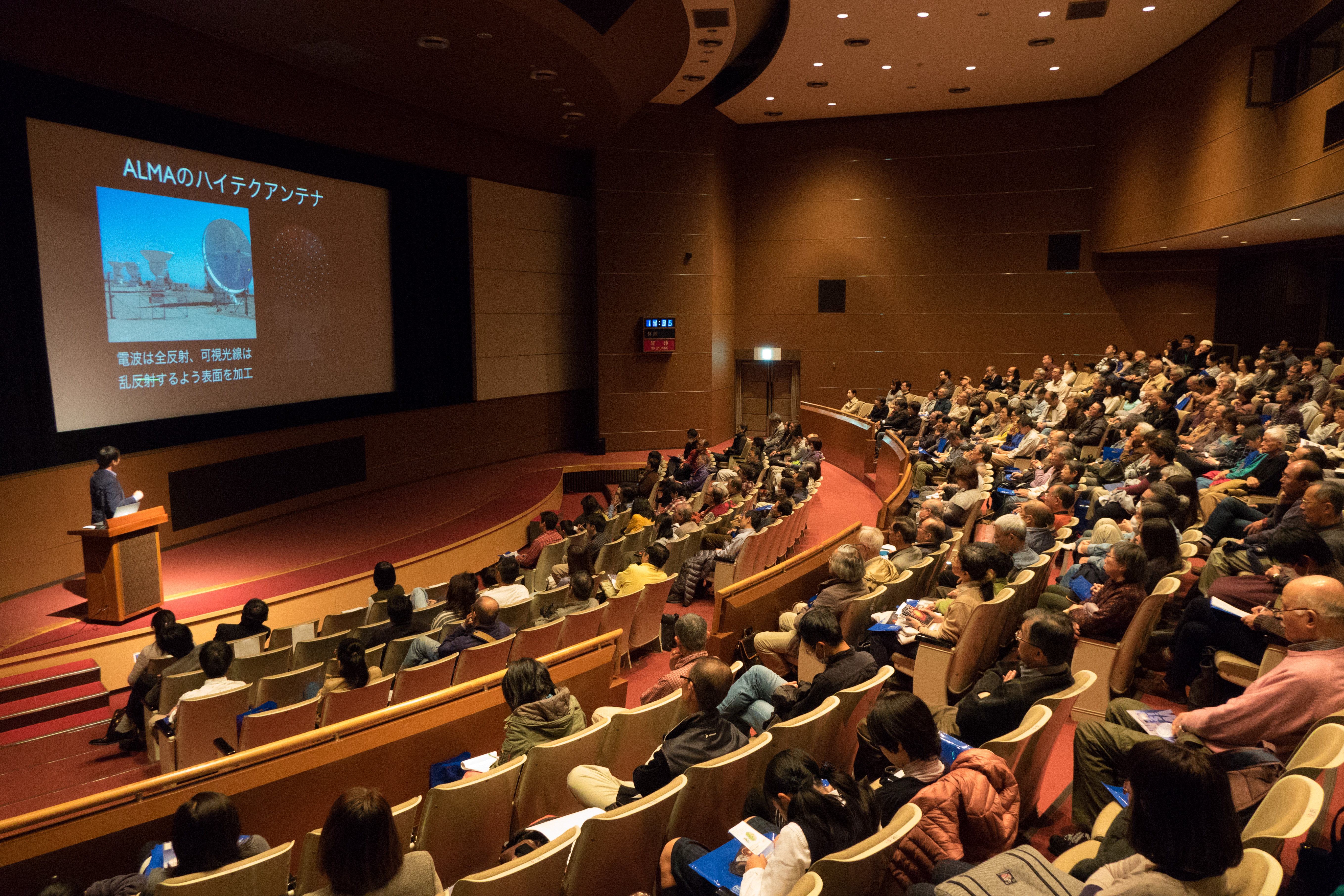