From September 13 through 14 (Chilean Time), an interferometer test was conducted with a Band 8 receiver developed by NAOJ and three Japanese 7-m antennas, and interference fringes were successfully detected with the ACA correlator developed in Japan. The observed object was Uranus.

ALMA is an interferometer composed of multiple antennas. In an interferometric system, radio waves received by antennas are processed and reduced by the correlator (high performance computer) so that the system can function as a virtual single gigantic telescope.

The graph below shows the phase of the radio waves emitted from Uranus. We made three antenna pairs using three antennas. The phase of each pair is plotted in blue, red, and green, and the black dot shows the result of data reduction of all the three phases. As you can see, the black dots are gathered around zero at the center of the vertical axis; it indicates that the interferometer system consisting of antennas, receivers, and correlators is working well. 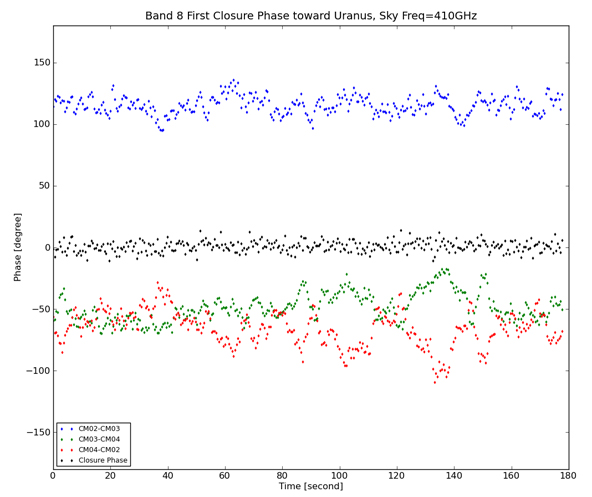 We have already succeeded in the interferometer test with a Band 8 receiver and two antennas. (March 28, 2012 Successful Interferometer Test with Band 8 Receiver). By this successful test with three antennas, we made further strides toward the start of the full operation. 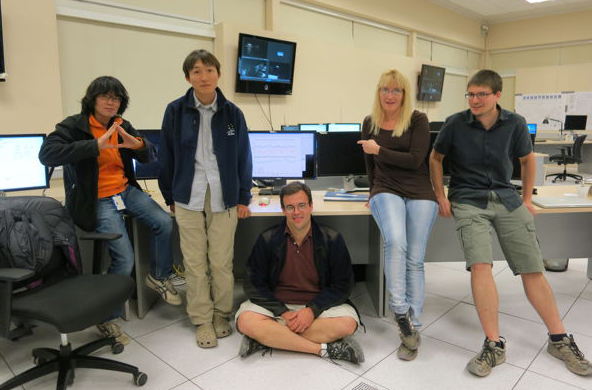