The Society for Promotion of Space Science (SPSS) gave the 9th SPSS Award to Joten Okamoto, an NAOJ fellow who is engaged in research activities at the NAOJ Chile Observatory, for his outstanding contributions to the “Observational Study on Waves in the Solar Corona Using Space Instruments”.

The surface of the Sun at approximately 6000 degrees is surrounded by the solar corona, extreme high temperature gas with temperature reaching a million degrees. There must be a mechanism that carries some energy from the solar surface and heats the corona, but it remains unknown and has long puzzled astrophysicists as one of the biggest mysteries of the Sun (called “coronal heating problem”).

Okamoto conducts his solar research using Hinode, a solar observatory satellite which is a joint mission of the National Astronomical Observatory of Japan (NAOJ), the Japan Aerospace Exploration Agency (JAXA) and international partners. Okamoto first discovered “Alfvénic waves” an oscillating phenomenon along the magnetic field lines in the corona from the Hinode observation data. Also, his group combined high resolution observations from the Hinode mission and NASA’s IRIS (Interface Region Imaging Spectrograph) mission and successfully captured the first direct observational signatures of resonant absorption of Alfvénic waves which can propagate through a prominence and heat the solar corona, the outer layer of the Sun’s atmosphere. This achievement was highly evaluated as an important step to solve the coronal heating problem and brought him the SPSS award this time.

With these observation results, Okamoto is willing to further explore the coronal heating problem with ALMA. He says, “ALMA observations will allow us to directly measure the gas temperature in the solar atmosphere. We expect to reveal the coronal heating mechanism by studying in more detail magnetic waves that affects the temperature variations of the solar atmosphere.” 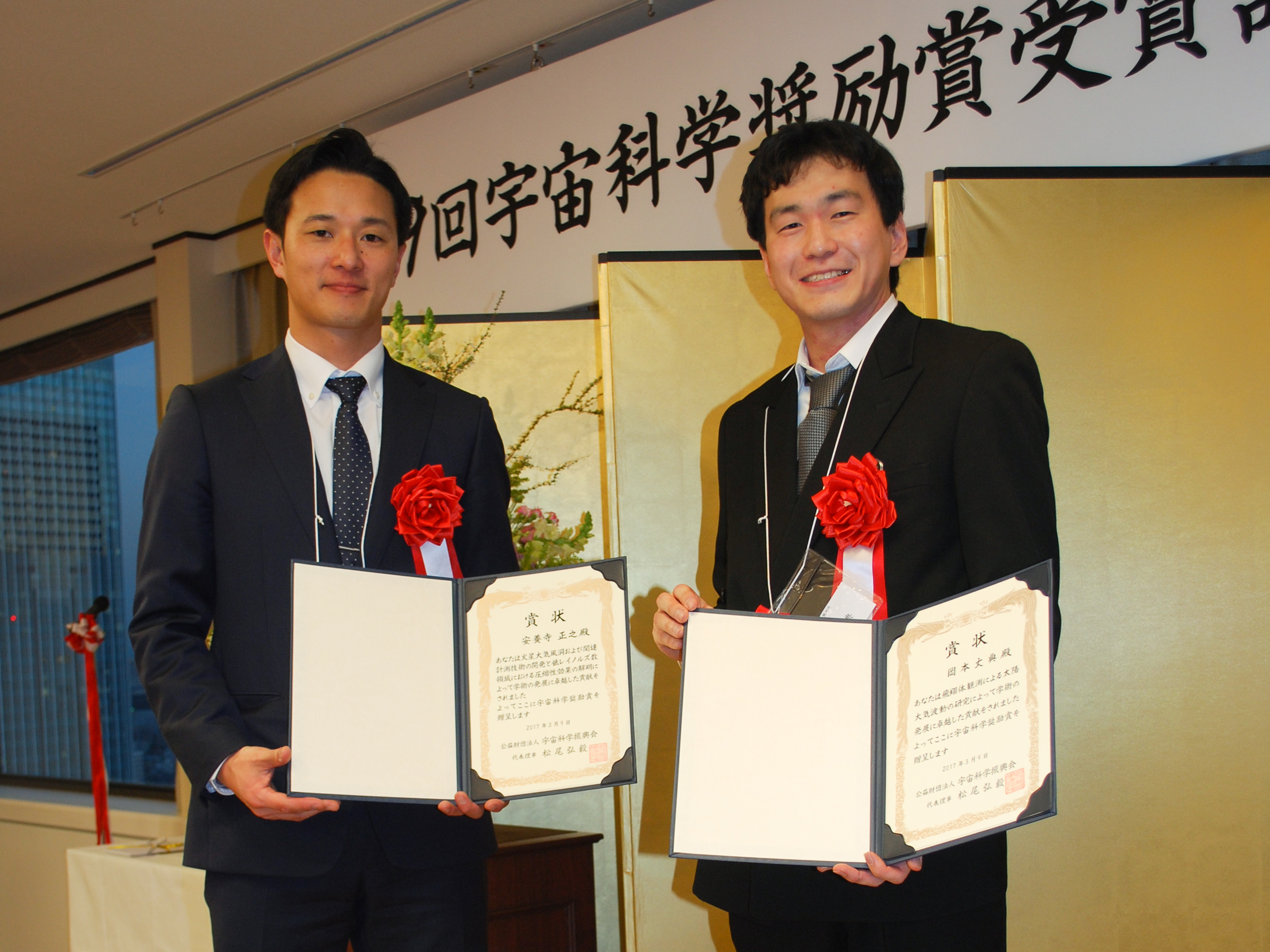