The Atacama Large Millimeter/submillimeter Array (ALMA) is pleased to announce that the process to restore full operational conditions will start on Monday September 9th, after 17-day strike declared by the local labor union workers.

The ALMA director, Pierre Cox, representing the ALMA partnership, noted “We are relieved that both sides were able to reach an agreement that enables re-starting the operations of the largest radio-telescope in the world to continue delivering spectacular scientific results”. 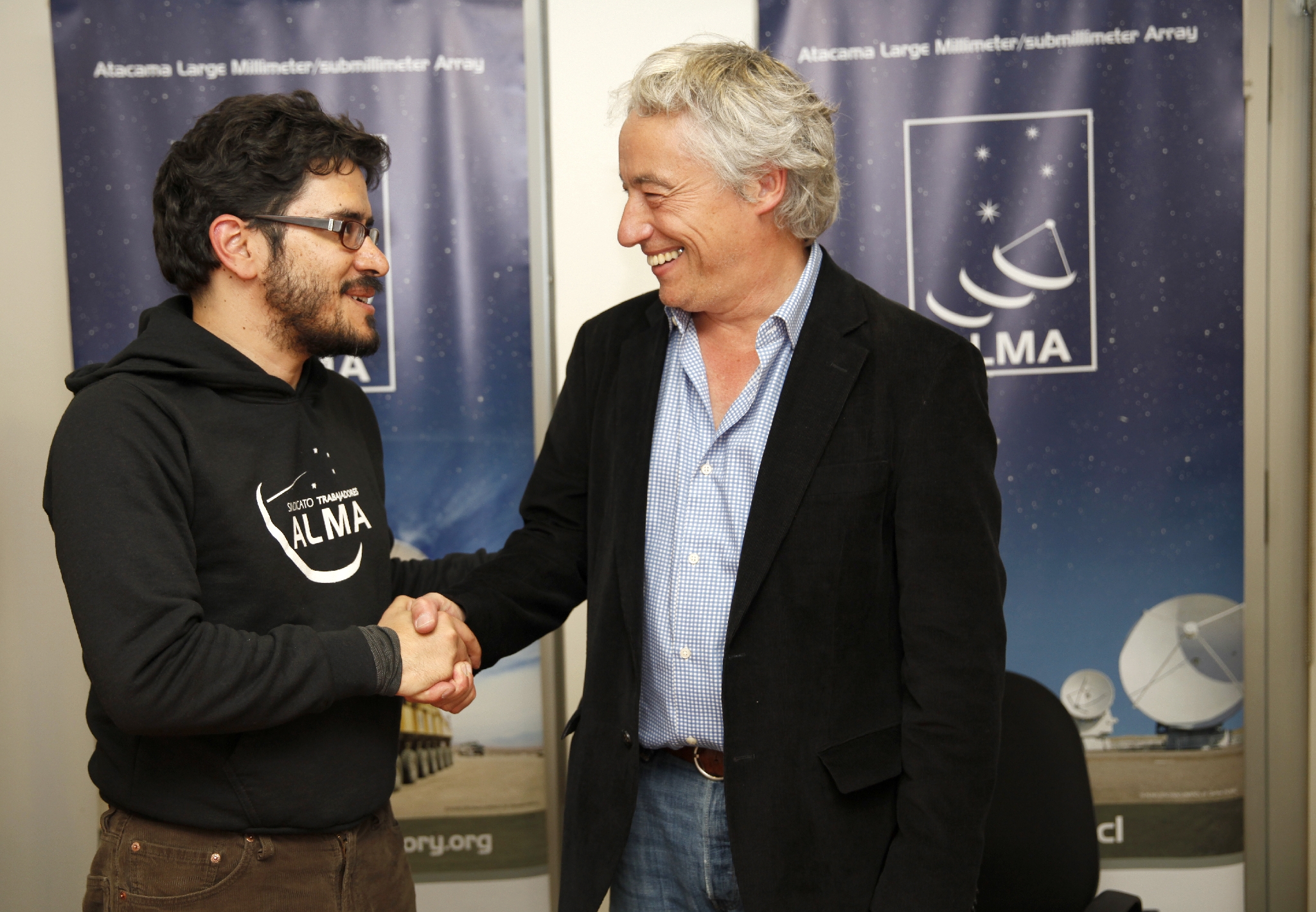 According to the new agreement, ALMA workers will have a reduction in the work schedule both at the observatory site located in the Antofagasta region and at the Santiago offices, beginning January 1st, 2014. In addition, workers will receive an end-of-conflict bonus, payment for strike days, an increase in the allowance for work at high altitude and a small increment for those in the lower paid positions.

Eduardo Hardy, director of Associated Universities Inc. (AUI) in Chile and legal employer of the ALMA workers, expressed his satisfaction with the end of the process: “The main point is that an agreement has been reached with a collective contract that is satisfactory for all parties”.

ALMA looks forward to restarting operations, resuming its science activities and strengthening all the teams that make this world cutting-edge facility possible.

In the photo below, Eduardo Hardy (right) and Víctor González (second from left) are signing the agreement.
Credit: ALMA(ESO/NAOJ/NRAO), M. Minguell 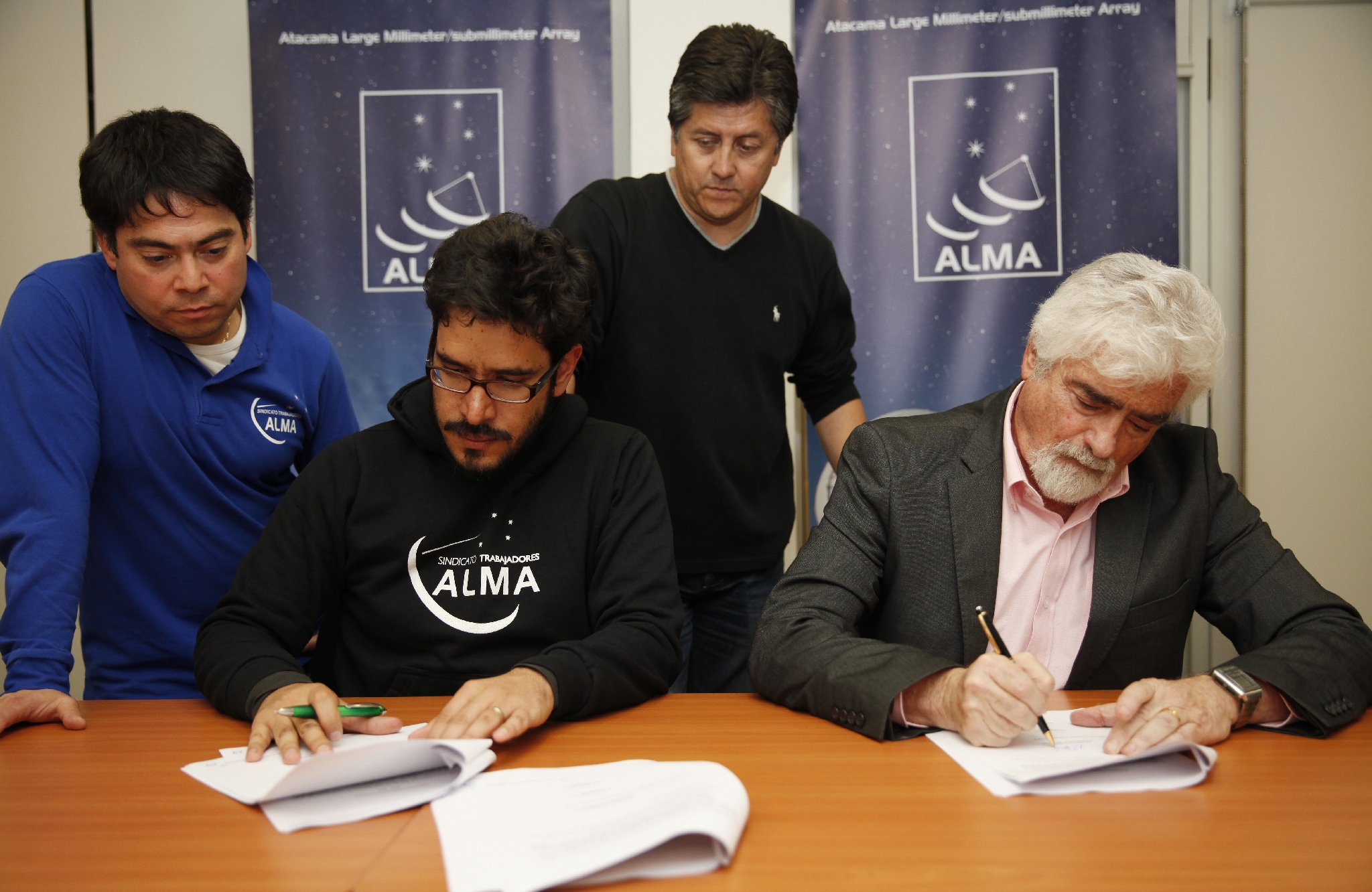