TOP
News
ALMA to Increase its Capacity with Band 1 Receiver

ALMA to Increase its Capacity with Band 1 Receiver

The Atacama Large Millimeter/submillimeter Array (ALMA) Board officially approved the production of Band 1 receiver developed by an international team led by the Academia Sinica Institute of Astronomy and Astrophysics (ASIAA), Taiwan. By adding the Band 1 receiver, which covers the lowest frequency band, 35 – 52 GHz (wavelength of 6 – 8.5 mm), ALMA increases its capacity to observe the universe. It will become possible for ALMA to detect the most distant and earliest star-forming gas reservoirs in the Universe, and the first steps of planet formation around nearby stars.

ALMA has 10 types of receivers according to the frequency range from Band 1 through Band 10. Same as other frequency bands, the team will manufacture 73 sets of receivers, 66 for the 66 ALMA antennas with 7 as “back-up” sets, and deliver them by the end of 2019. At this moment, receivers for Bands 3, 4, 6, 7, 8, 9, and 10 have been installed in the antennas and are currently being used in science observations. Band 5 receivers are now being manufactured, and discussion for development of Band 2 receivers is going on.

The Band 1 receiver approved this time has been developed by an international team led by ASIAA for 10 years, as one of the East Asian contributions to ALMA. The receiver is remarkable in its low noise, high sensitivity and high dynamic range of signal-receiving. “Technical requirements for ALMA Band 1 receivers, due to the physical properties of this particular frequency band, are far more stringent than any other existing receiver systems”, said Ted Huang at ASIAA, the project manager of the Band 1 receiver cartridge. “I deeply appreciate the long and hard working efforts of all Band 1 staffs in realizing the receiver design that is fully compliant with ALMA specification. I expect the team to continue their outstanding efforts in accomplishing our next challenge—full delivery of all Band 1 receivers by the end of 2019,” added Huang.

Based on the experience in developing ALMA Band 4, 8, and 10 receivers, the National Astronomical Observatory of Japan (NAOJ) contributes to the management of the Band 1 project and to the development of optics to guide the radio waves collected by an antenna to the heart of a receiver. “From the point of view of optics, band 1 is probably the most difficult band to design. The design needed to overcome many mechanical constraints imposed by the ALMA cryostat, which made ALMA specifications approach theoretical limits. A complete physical understanding of the problem was thus necessary to achieve ALMA compliant band 1 optics.” said Alvaro Gonzalez, an assistant professor at the NAOJ Chile Observatory, who has played a big part in the development of the optics.

The photo below shows the ALMA Band 1 Receiver Cold Cartridge Assembly. The Band 1 receiver cold cartridge is operated in a cryogenic cooled temperature at -258 degree Celsius, which allows the measured signal from conical horn antenna to be amplified by low-noise amplifiers and provide low-noise, high-sensitivity capability. 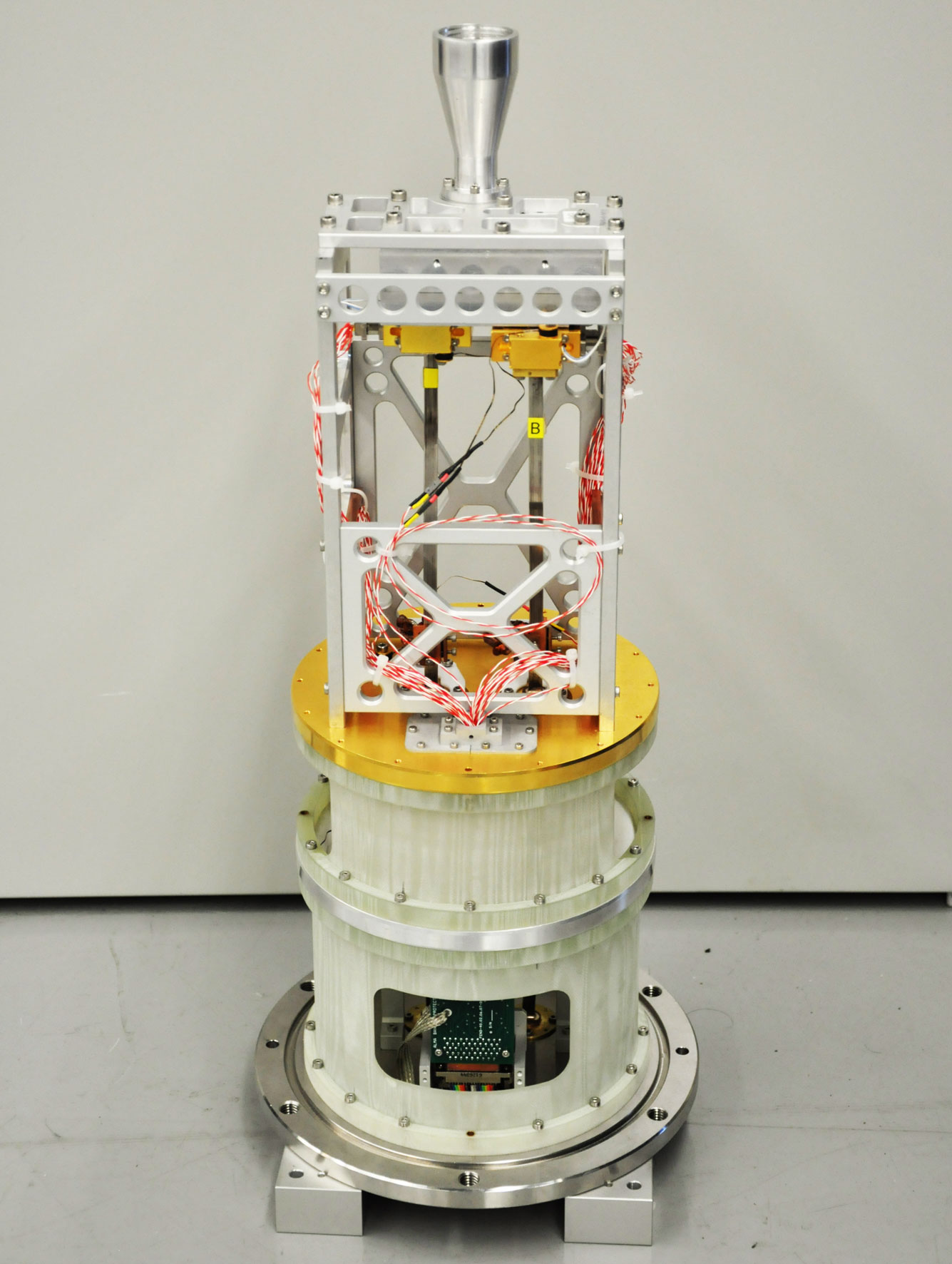 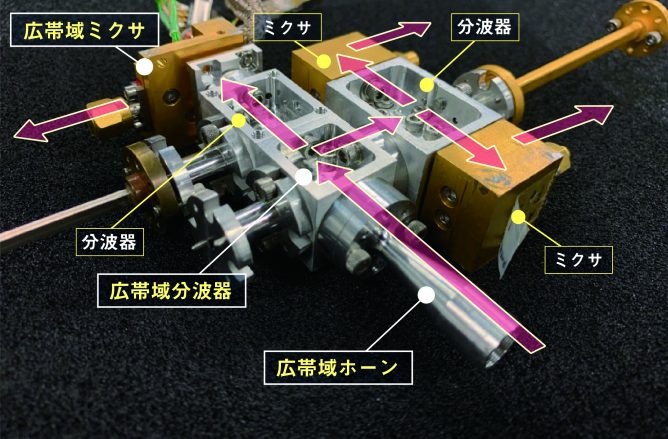 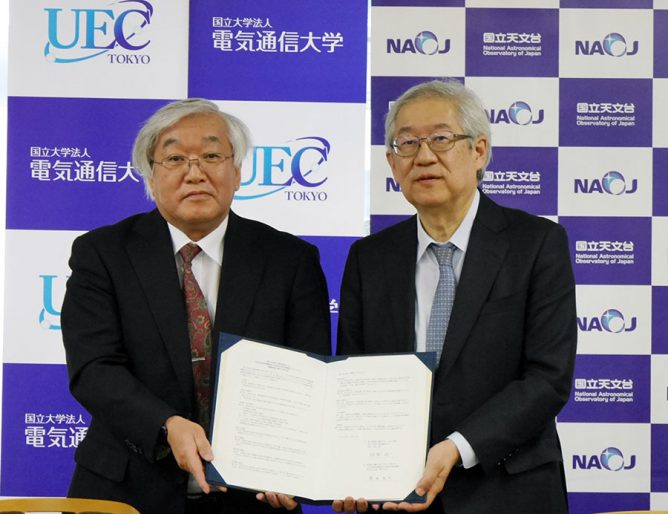