Comet ISON approaching the sun was captured at the ALMA Operations Support Facility (OSF at 2900 m above sea level). The photo taken by a digital single-lens reflex on November 21 (Chilean time) shows the comet with a long tail above the Andes in the eastern sky just before sunrise.

Since the comet is reaching perihelion passage (the closest point to the sun), which will take place on November 29, it is becoming less observable from Earth but it would be highly possible that we can see the comet traveling away from the sun around early December in Japan. After perihelion, we have little chance of seeing Comet ISON from Chile in the southern hemisphere, because it will pass over the northern hemisphere of Earth. 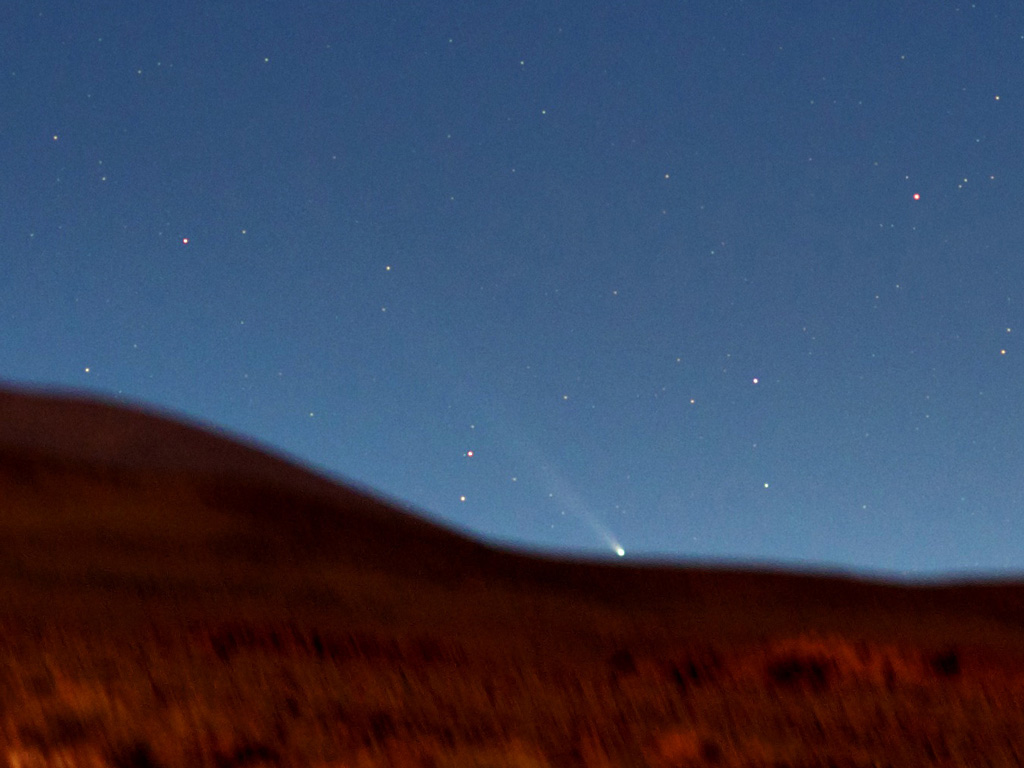