First Light for Band 5 at ALMA

The Atacama Large Millimeter/submillimeter Array (ALMA) in Chile has begun observing in a new range of the electromagnetic spectrum. This has been made possible thanks to new receivers installed at the telescope’s antennas, which can detect radio waves with wavelengths from 1.4 to 1.8 millimeters—a range previously untapped by ALMA. This upgrade allows astronomers to detect faint signals of water in the nearby Universe.

ALMA observes radio waves from the Universe, at the low-energy end of the electromagnetic spectrum. With the newly installed Band 5 receivers, ALMA has now opened its eyes to a whole new section of this radio spectrum, creating exciting new observational possibilities.

The European ALMA Programme Scientist, Leonardo Testi, explains the significance: “The new receivers will make it much easier to detect water, a prerequisite for life as we know it, in our Solar System and in more distant regions of our galaxy and beyond. They will also allow ALMA to search for ionized carbon in the primordial Universe.”

It is ALMA’s unique location, 5000 meters up on the barren Chajnantor plateau in Chile, that makes such an observation possible in the first place. As water is also present in Earth’s atmosphere, observatories in less elevated and less arid environments have much more difficulty identifying the origin of the emission coming from space. ALMA’s great sensitivity and high angular resolution mean that even faint signals of water in the local Universe can now be imaged at this wavelength.

The Band 5 receiver was developed by the Onsala Space Observatory (OSO), Chalmers University of Technology, Sweden. The first production receivers were built and delivered to ALMA in the first half of 2015 by a consortium consisting of the Netherlands Research School for Astronomy (NOVA) and OSO in partnership with the National Radio Astronomy Observatory (NRAO). The receivers are now installed and being prepared for use by the community of astronomers. 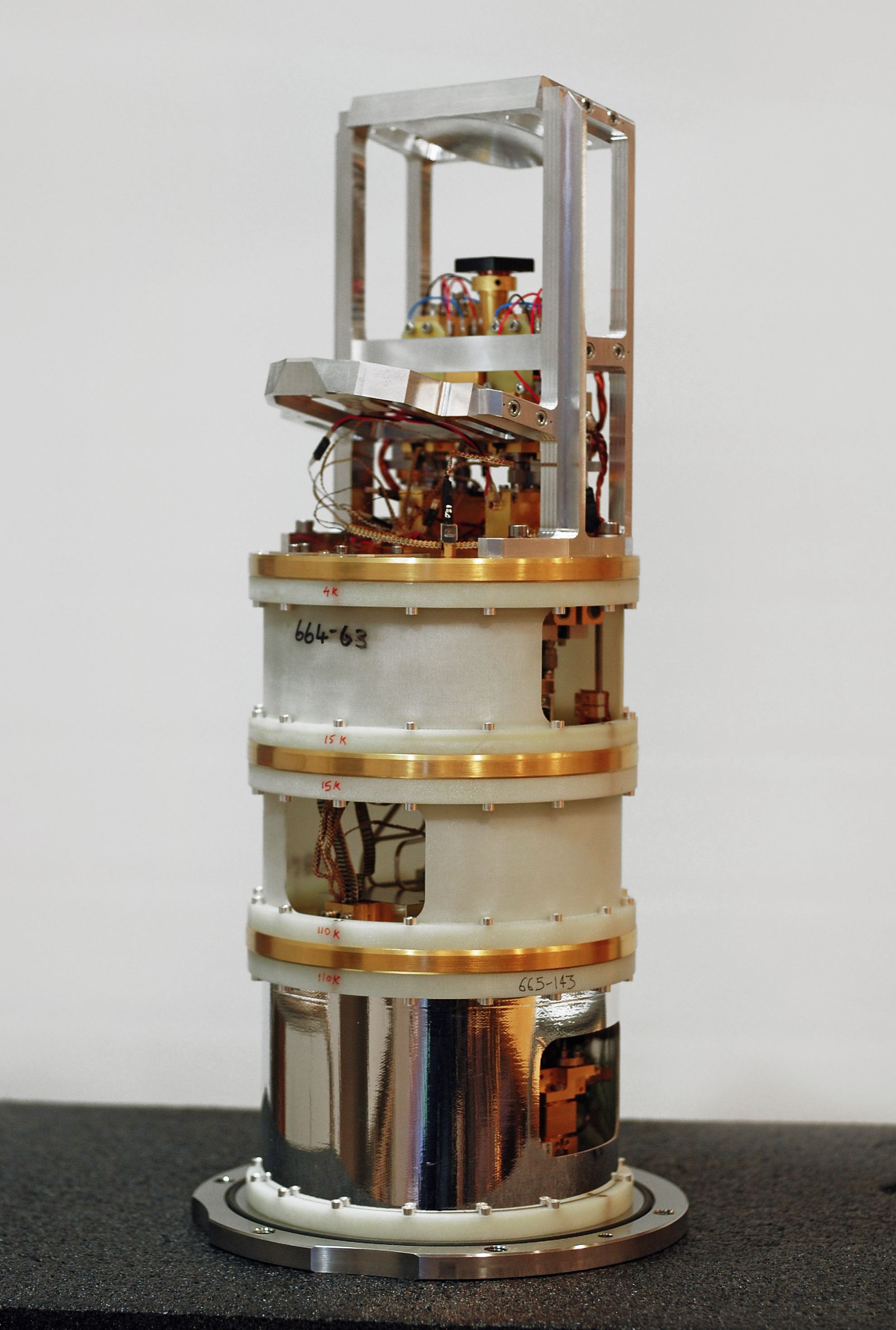 To test the newly installed receivers observations were made of several objects including the colliding galaxies Arp 220, a star-forming region Saggitarius B2 close to the center of the Milky Way, and also a dusty red supergiant star VY Canis Majoris approaching the supernova explosion that will end its life.

Team member Robert Laing at ESO is optimistic about the prospects for ALMA Band 5 observations: “It’s very exciting to see these first results from ALMA Band 5 using a limited set of antennas. In the future, the high sensitivity and angular resolution of the full ALMA array will allow us to make detailed studies of water in a wide range of objects including forming and evolved stars, the interstellar medium and regions close to supermassive black holes.”

Figure 2. The figure below shows a new ALMA Band 5 view of the colliding galaxy system Arp 220 (in red) on top of an image from the NASA/ESA Hubble Space Telescope (blue/green).
Credit: ALMA(ESO/NAOJ/NRAO)/NASA/ESA and The Hubble Heritage Team (STScI/AURA) 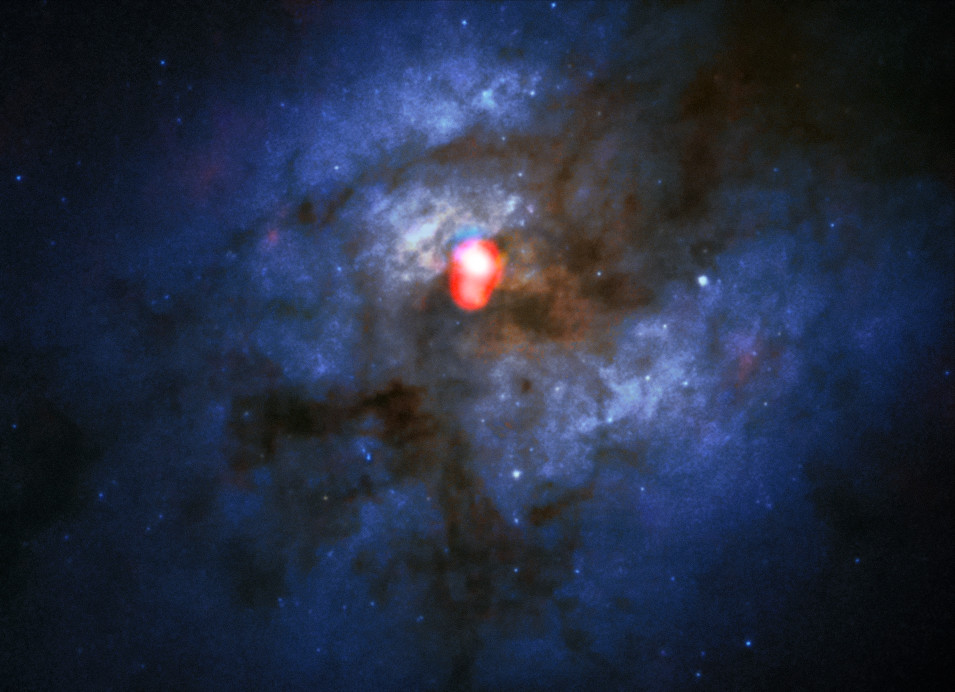