On October 18 and 19, the NAOJ Open House Day 2013 was held at the NAOJ Mitaka campus. This year’s event featured the ALMA Telescope, which started full operations, with the main theme titled “The Origin of Galaxies and Planets Explored by ALMA”.

The ALMA division presented poster exhibitions explaining the overview of the ALMA Telescope and its recent scientific results, and three mini-lectures which attracted a full audience. Main two lectures featuring ALMA titled “Galaxy Evolution Explored by ALMA” by Daisuke Iono, an associate professor at the NAOJ Chile Observatory, and “Planet Forming Region Observed with ALMA” by Nagayoshi Ohashi, a professor at the NAOJ Hawaii Observatory, were also huge success. You can find video recording of these two lectures on Ustream (Japanese), and our event blog for Mitaka Open House 2013 (English & Japanese). 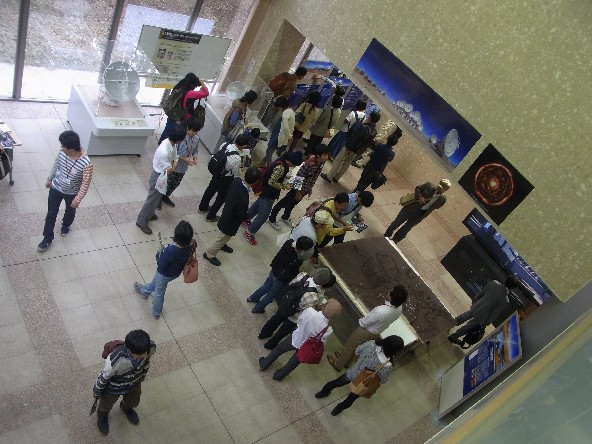