A record demand for observation time was requested by the international astronomy community in the call for proposals for ALMA Cycle 4, increasing in 50% the time requested in the previous cycle and showing the great interest of the astronomical community for ALMA.

After notifying the over 400 astronomers who were granted observation time with ALMA, a process that had taken almost five months is finally coming to a close. Last June, specialists from around the world met in Vienna (Austria) to evaluate the 1,571 proposals submitted from more than 30 countries around the world to observe with ALMA.

The total sum of hours of all the proposals submitted for Cycle 4 adds up to 18,630 observing hours (equivalent to more than 2 years of observations around the clock) with 12,285 hours for the 12-meter Array and 6,345 hours for the Compact Array, compared to the 3000 and 1800 hours that were offered respectively. “In order to guarantee that the observatory continues to produce outstanding science, we need the best possible peer evaluation process to rank and select the submitted proposals on the basis of their scientific excellence” explains ALMA Director, Pierre Cox.

The 145 science advisors of the ALMA Proposal Review Committee conducted an exhaustive evaluation of the scientific importance and likelihood of success of each proposal, taking into account the assessment of their technical feasibility performed by the technical experts from ALMA. The scientific reviewers met for a week to unify criteria and establish a ranking to make the selection of proposals as objective as possible. “The science reviewers come from the highest ranking scientific institutions in the world with a large breath of expertise, helping us to prioritize the proposals as fairly and rationally as possible,” says Gautier Mathys, the astronomer who coordinates the selection of the observation proposals at ALMA.

Cycle 4 observations will begin in October 2016 and end in September 2017 with at least 53 antennas available. The 476 proposals selected will have access to explore the Universe at millimeter and submillimeter wavelengths using seven receivers (Bands 3, 4, 6, 7, 8, 9 and 10). During this cycle, ALMA will be able to observe with a maximum angular resolution of 0.029 arcseconds, using a 12.6 kilometers maximum baseline. 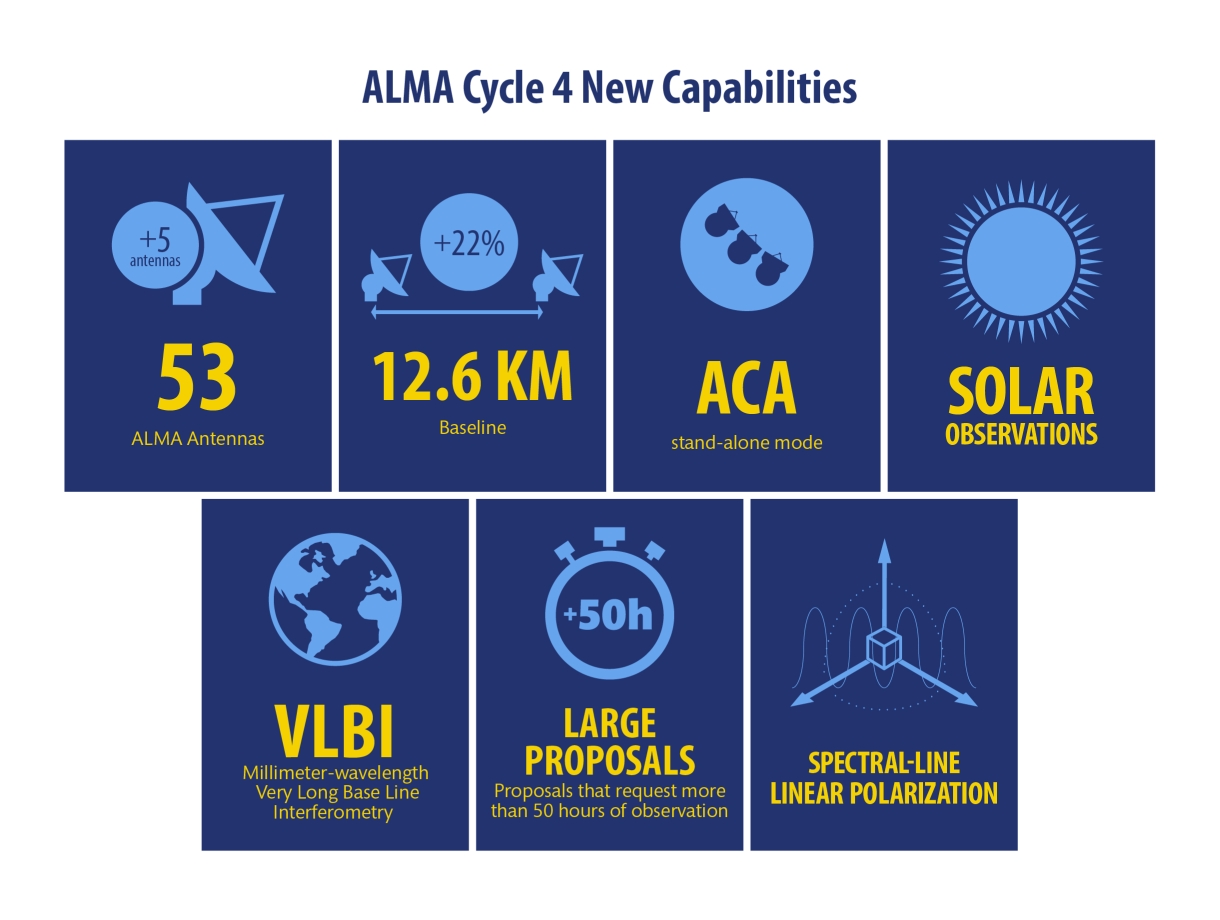 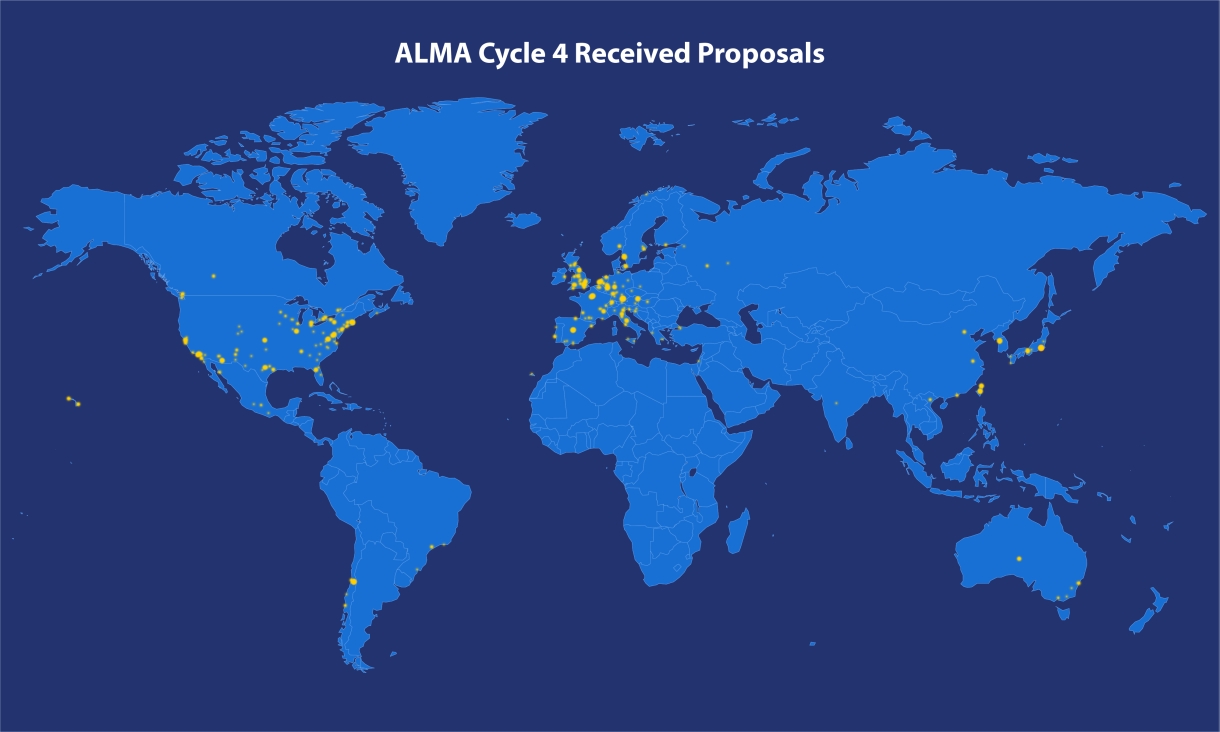 Image 2. This map shows the location from which each observation proposal was submitted.
Credit: ALMA (NRAO/NAOJ/ESO) 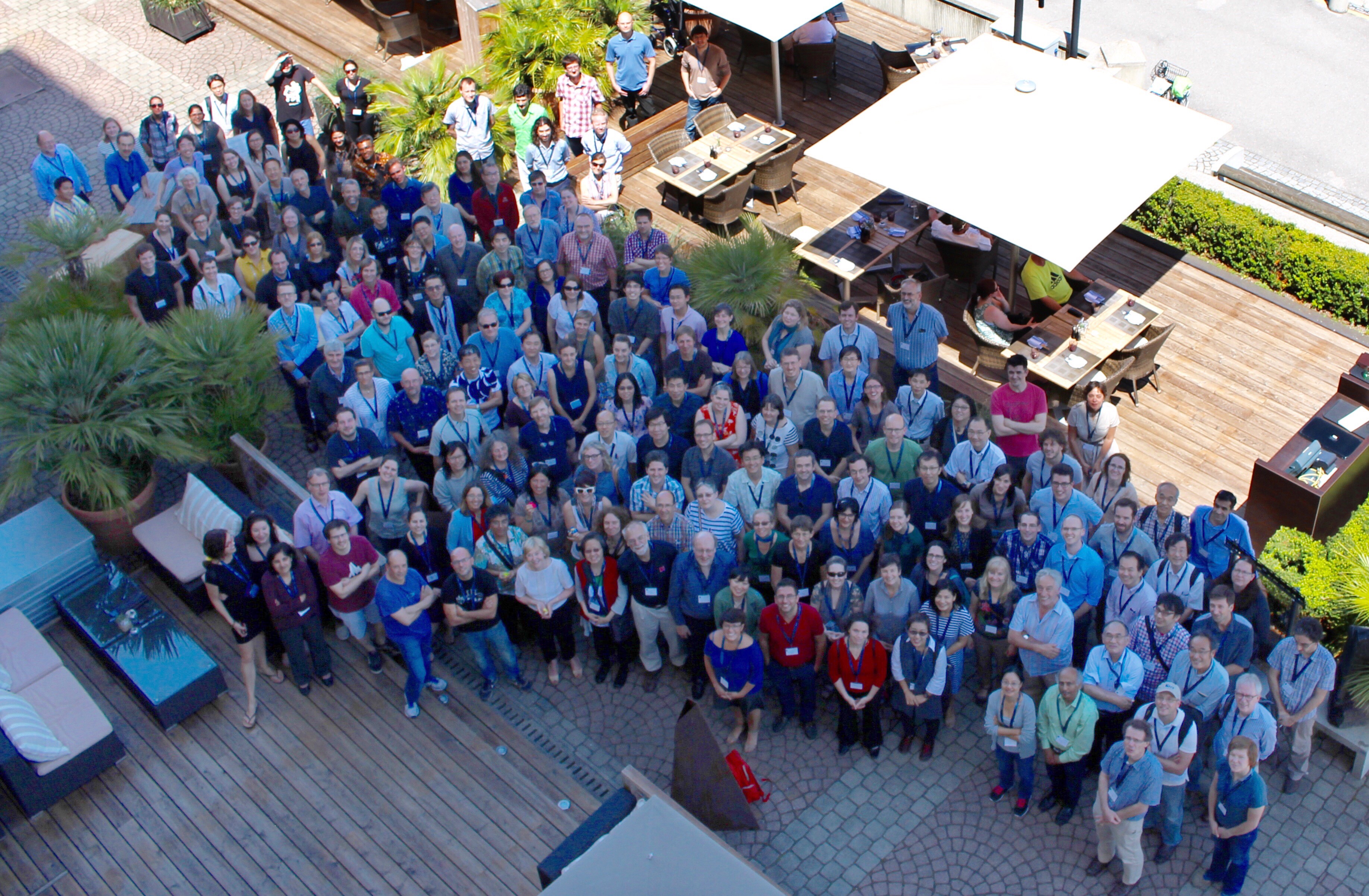 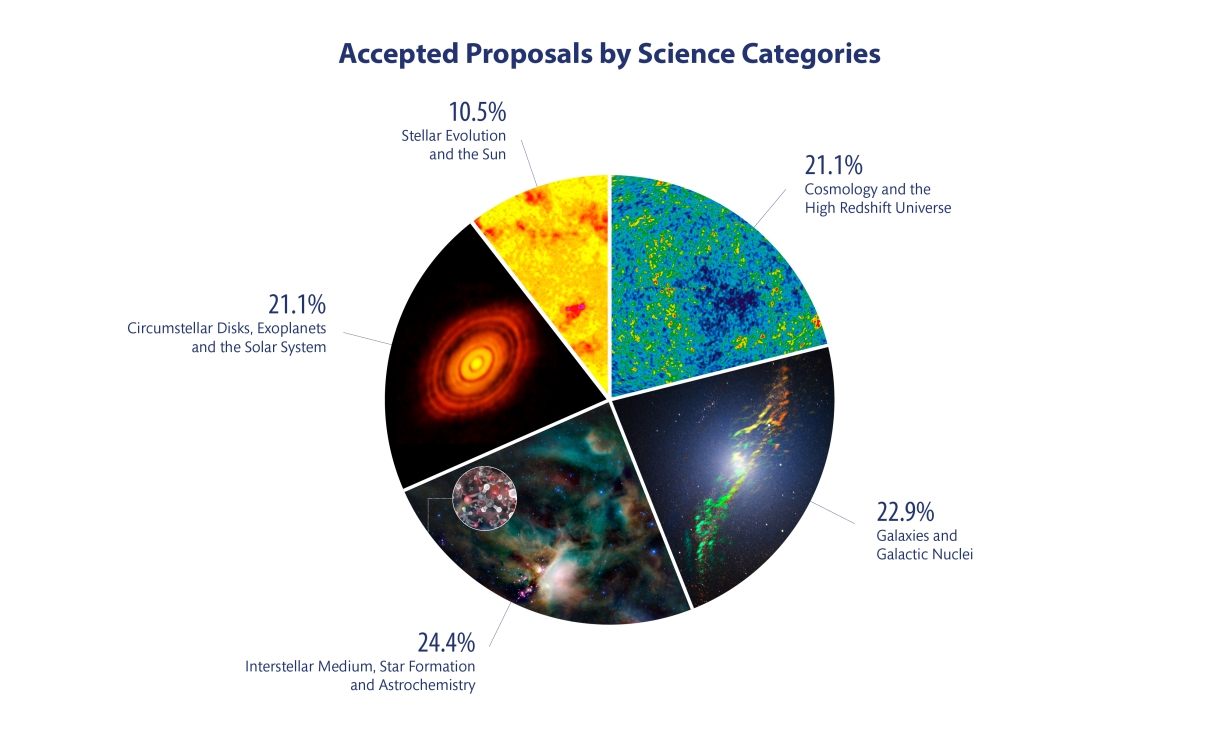