On June 29, the Manufacturing Readiness Review (MRR) for Band 8 (one of the three receiver cartridges to be developed and manufactured by Japan) was held at the NAOJ Mitaka Campus.

The Band 8 receiver cartridge covers the frequency range from 385 to 500 GHz with the wavelength of 0.6 mm, where we can detect spectral line emission from carbon atom, one of the most important materials among many interstellar matters. By examining the spectrum of carbon atoms closely, we can find out the evolution process of star forming regions as well as that of distant galaxies. With these expectations, the Band 8 receiver has been attracting attention from researchers all over the world.

In the review, the Band 8 development team was highly evaluated by the review committee including specialists outside Japan for their well-prepared testing/assembly equipment and procedures for production and for their adequate quality assurance system.

The ALMA antenna is equipped with multiple receiver cartridges to cover a wide frequency range. Together with other cartridges, Band 8 will be installed in 66 or more antennas. The picture shows the participants of the Band 8 MRR after the review [photographed by Tomomi Sato (NAOJ)]. 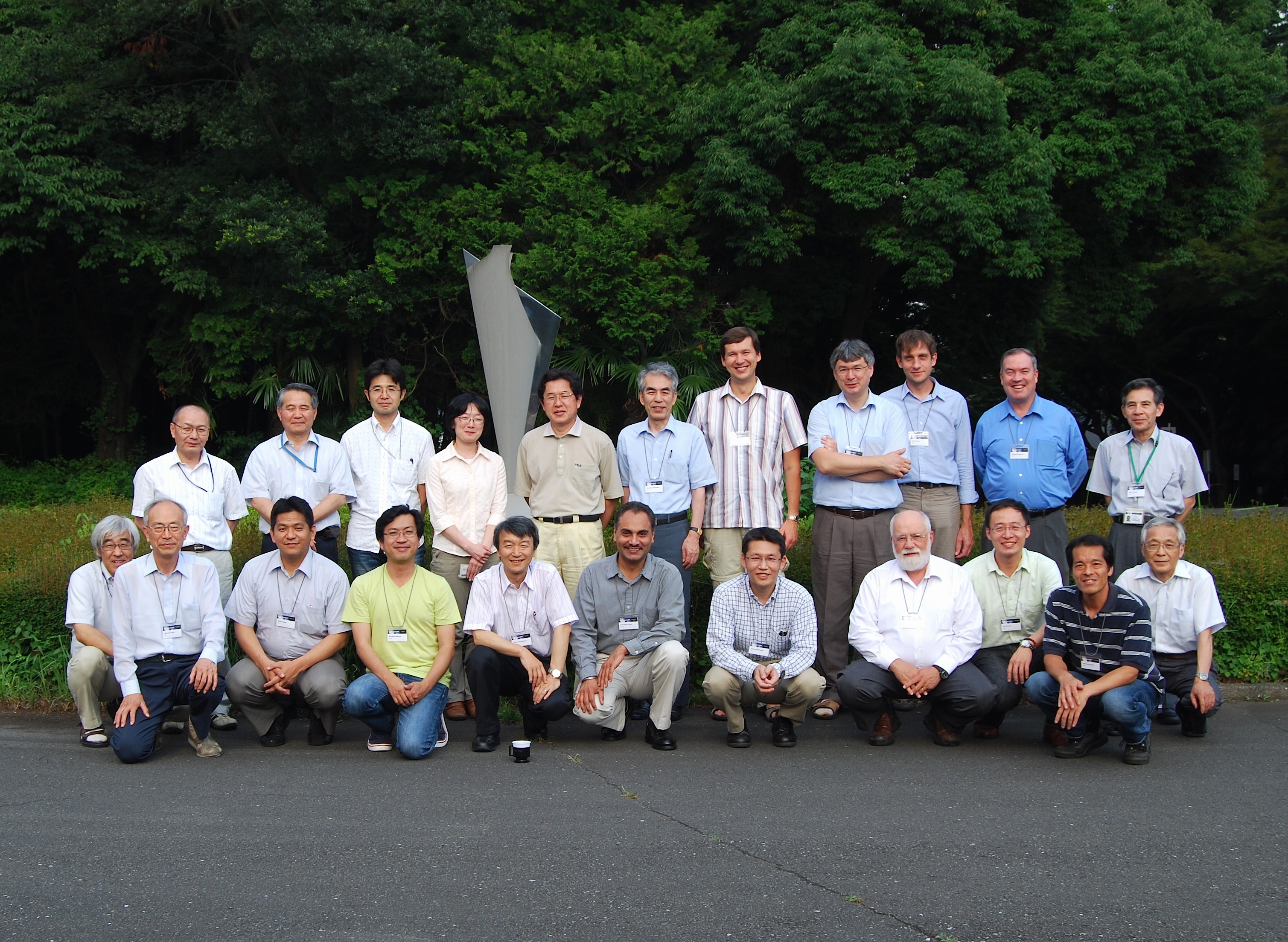