TOP
News
Solar Eclipse Observation at the Residence of the NAOJ Chile Observ ...

An annular solar eclipse took place in the morning of February 26 in Southern Chile. It was observed in Santiago from 9:20 am to 11:50 am as a partial solar eclipse with a large fraction covered by the moon. For this astronomical event, NAOJ invited members of the Chilean-Japanese Chamber of Commerce (Camara Chileno Japonesa de Comercio e Industria A.G.) and their families to observe a solar eclipse at the residence of the NAOJ Chile Observatory Director. A total of 33 participants (including 14 kids) were welcomed and attended by Director Seiichi Sakamoto and Yoshiharu Asagi, an associate professor at NAOJ.

In Santiago, it rarely rains from December through March, but unfortunately it rained in the predawn hours on that day. Just after the opening, a rainbow appeared and people burst into cheers because a rainbow can be rarely seen in Santiago, however other than that time, there was no sunshine during the talk by Director Sakamoto explaining the mechanism of solar eclipse and the latest solar research which started from 8:40 am. 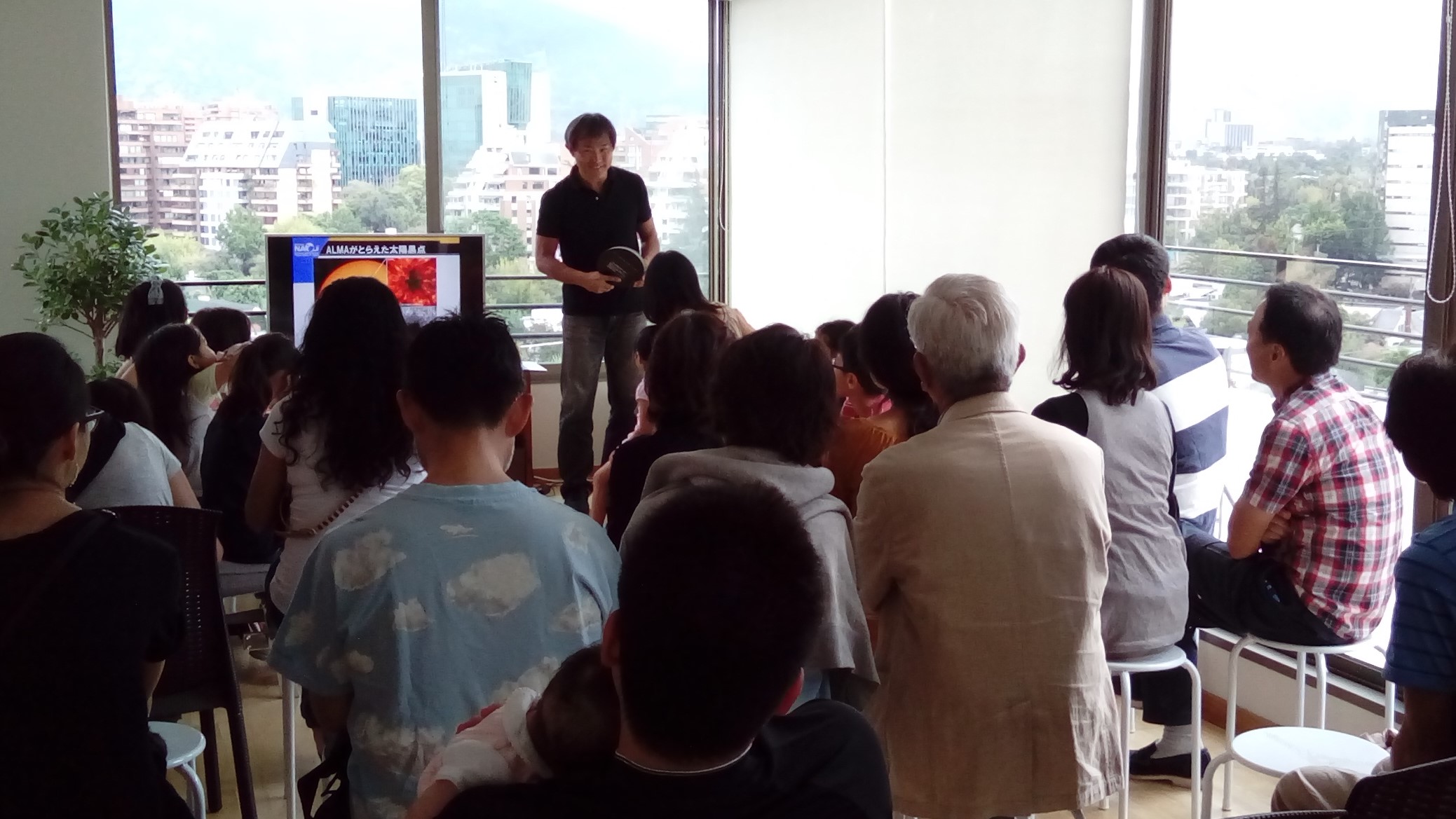 Around 10:00 am, since the sunshine intermittently broke through the clouds, participants were guided to a roof terrace to start observations using eclipse glasses and a telescope equipped with a sun-projection panel. 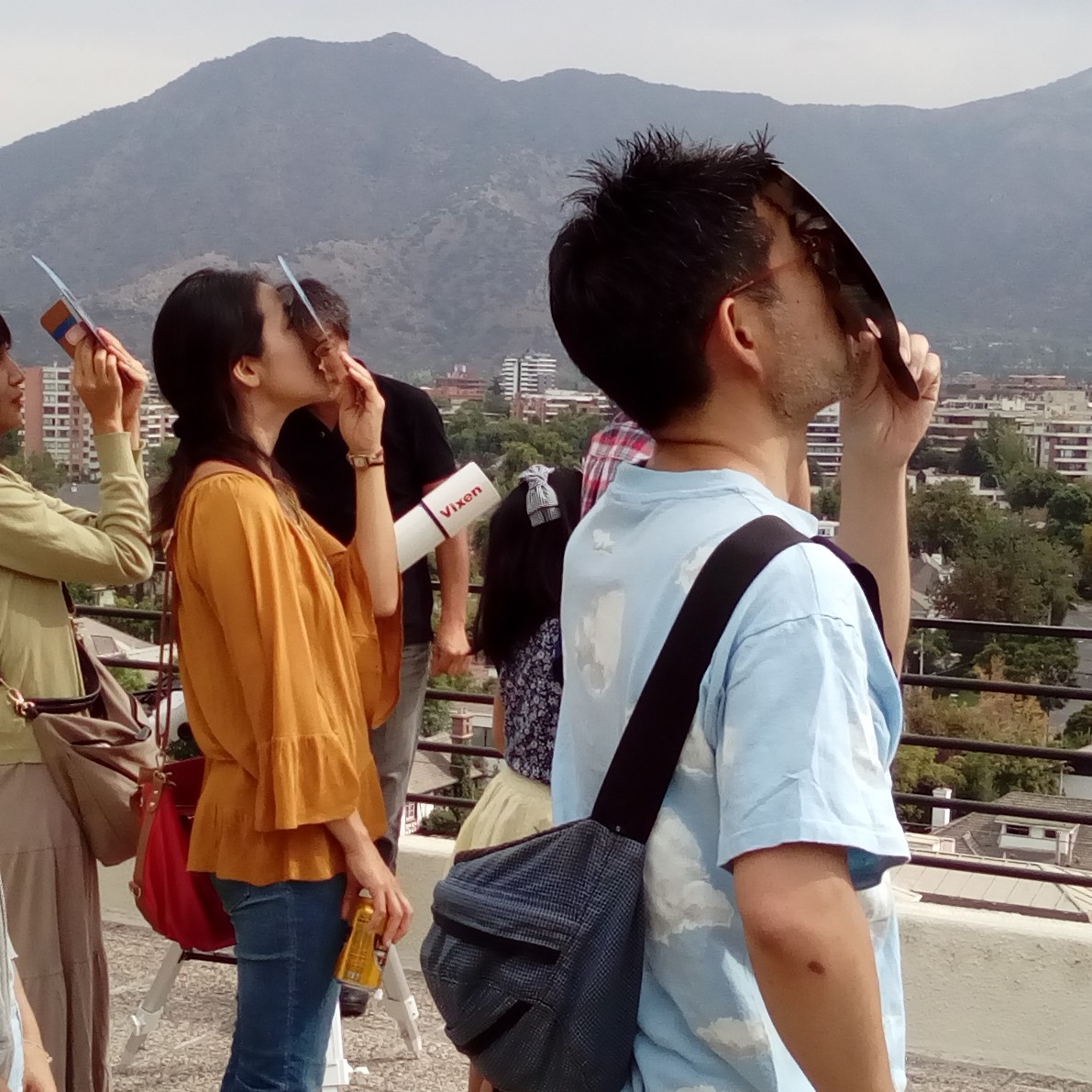