On October 8 (Chilean Time), interference fringes were successfully detected in an interferometer test conducted with Band 4 receivers developed by NAOJ on four Japanese 7-m antennas at the ALMA Array Operations Site (AOS) at 5000 m asl. The observed object was Uranus.

The graph below shows the phase of the radio waves emitted from Uranus. The blue, light-blue, red, and green dots represent the phases obtained from four pairs of antennas, and the black dots represent the result of data reduction of all the four phases. As you can see, the black dots are gathered around zero at the center of the vertical axis, which indicates that the antennas and receivers are working well as an interferometer system. 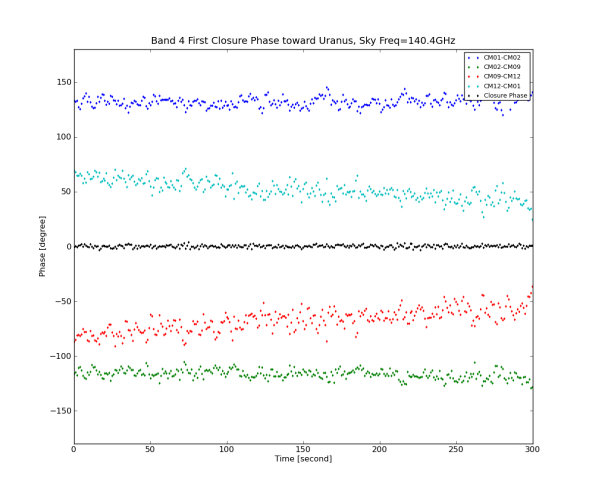 The photo below shows the staff of the Joint ALMA Observatory (JAO) commemorating the success of the interferometer test. The Second from left is Shin’Ichiro Asayama (assistant professor at NAOJ/ Senior RF engineer at JAO) and the third from left is Kouichiro Nakanishi (assistant professor at NAOJ/ CSV scientist at JAO). The number “4” on the shirts Asayama is wearing means the frequency band “4” of the receiver cartridge and the triangle shape with hands represents each antenna pair. The smiling faces of the staff show their delight at the success. 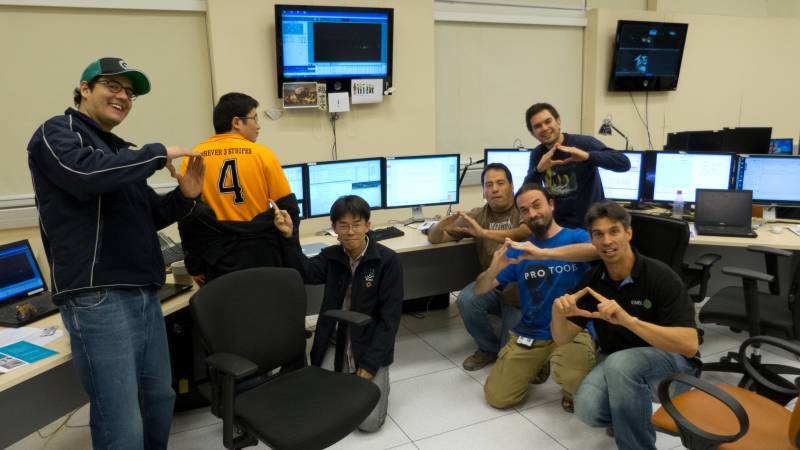