On January 26, NAOJ Chile Observatory staff members visited a summer camp held by Santiago Japanese School to give a lecture about the universe and astronomical guidance at the star gazing event. NAOJ collaborates with the school on the summer camp annually, and this year’s event was very successful as in the previous years.

In the lecture given by Shun Ishii, an assistant professor at the NAOJ Chile Observatory, the main topic was a solar eclipse that can be seen all around South America on February 26. Ishii explained the mechanism of a solar eclipse and how to watch it safely. Each student got an NAOJ’s original “booklet on solar eclipse observation” that contains a pin hole to observe a solar eclipse. After the lecture, kids asked many questions and seemed very interested. In the star gazing session, they watched Venus, Mars, and the Pleiades (called “Subaru” in Japan) using several telescopes at the school ground with the guidance of Professor Seiji Kameno and Assistant Professor Tsuyoshi Sawada. 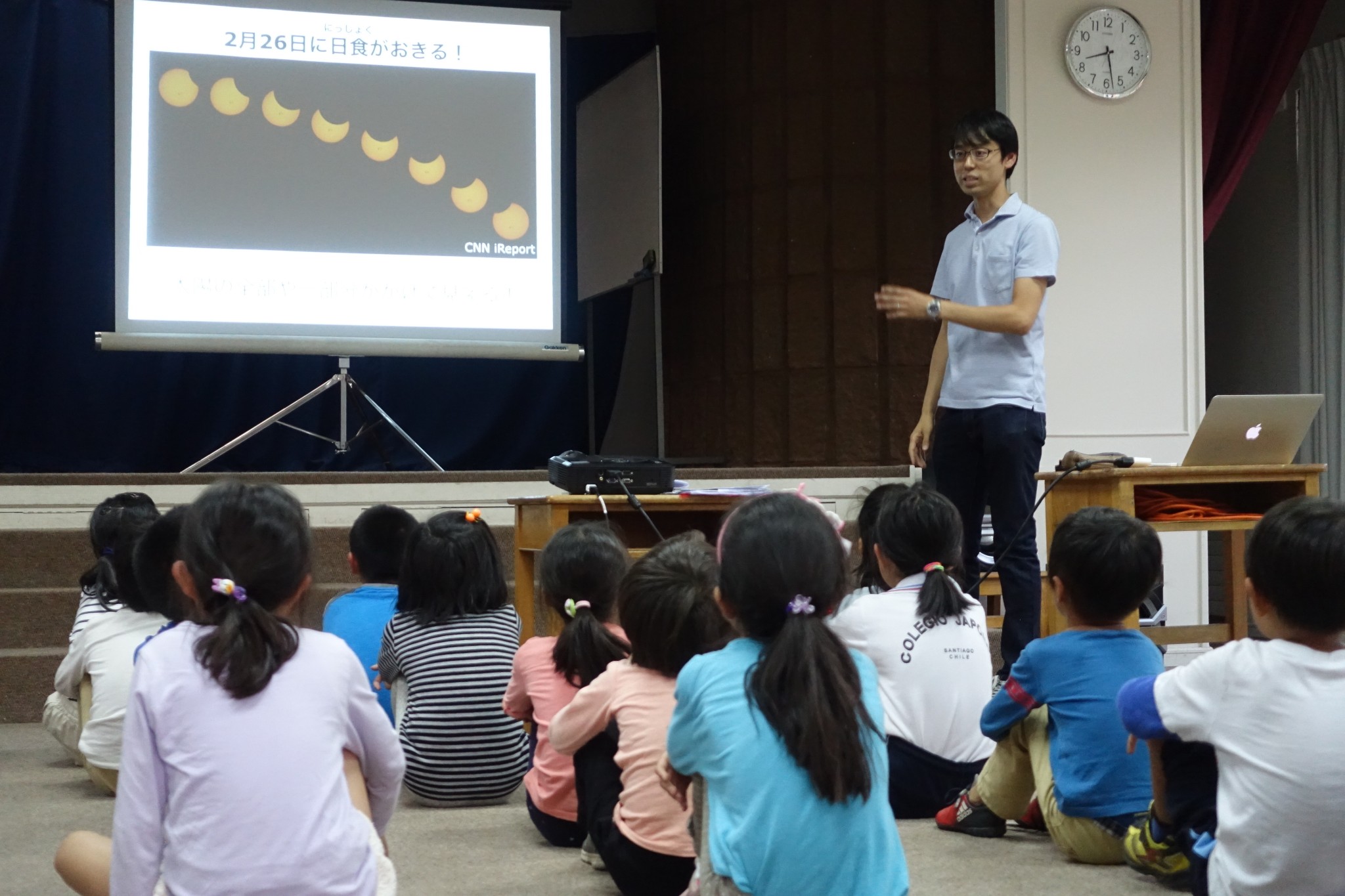