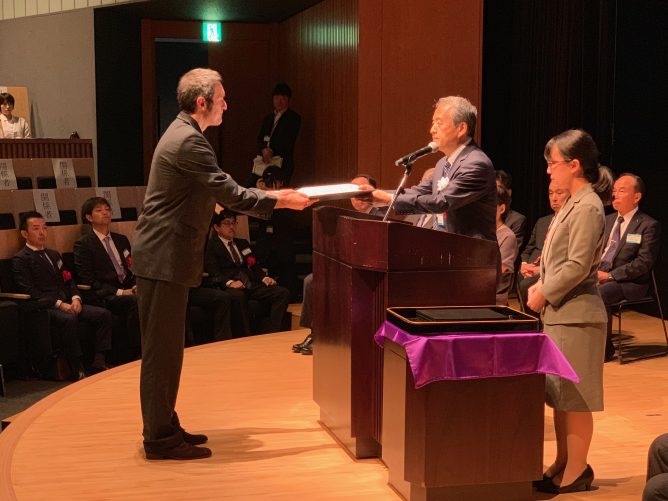 Associate Professor Alvaro Gonzalez at the NAOJ, receiving a certificate of award from the NINS President Akio Komori.
Credit: NINS

Alvaro Gonzalez has demonstrated his outstanding ability in the development of the ultra-high sensitivity receiver. Especially, he made a significant contribution to the research and development of receiver optics to guide radio waves collected by the antenna to the heart of the receiver. Since radio signals coming from the universe are extremely weak, it is very important to transmit collected radio waves with minimum loss. Receiver optics mainly consists of mirrors or lenses to refocus radio waves coming from the large antenna, a corrugated horn to collect those and some waveguide components to provide additional functionality and carry the radio waves to the mixer, the heart of the receiver. Gonzalez explored the performance enhancement of each component of receiver optics and achieved optimization as a system in the development of the Band 10 receiver, which was the most technically challenging, highest frequency range in ALMA receivers. Despite many difficulties, his dedicated efforts led to the realization of the world’s highest performance receiver in that frequency band. This award was given for his great contribution in the field of technology to producing a variety of scientific results with ALMA.

In the commemorative lecture presentation, Gonzalez talked about the basics of radio astronomy, the difference between radio and optical astronomy, the mechanism of a radio telescope, and the importance of the optics design, and presented detailed images of a planet forming region and observation results of the galaxy 13.2 billion light years away, both of which were unveiled by ALMA. Gonzalez also mentioned his background including having education in Spain, France, US, and Japan, and having studied in various fields such as communication engineering, electrical engineering, and astronomy while highlighting the importance of pursuing passion with a broad vision to the audience. 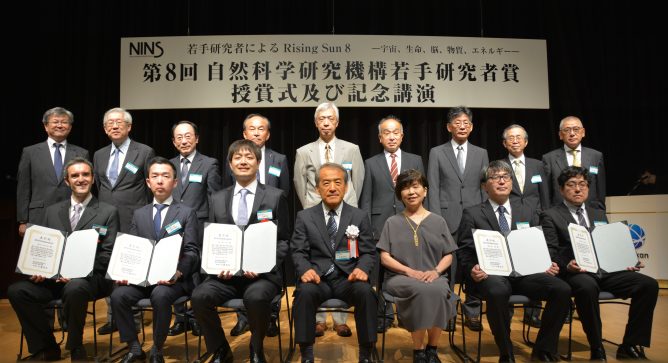 A group photo of the winners of the NINS Young Researcher Award. Far left of the front row is Associate Professor Alvaro Gonzalez at the NAOJ, the middle of the front row is NINS President Akio Komori, and second left in the back row is NAOJ Director General Saku Tsuneta.
Credit: NINS 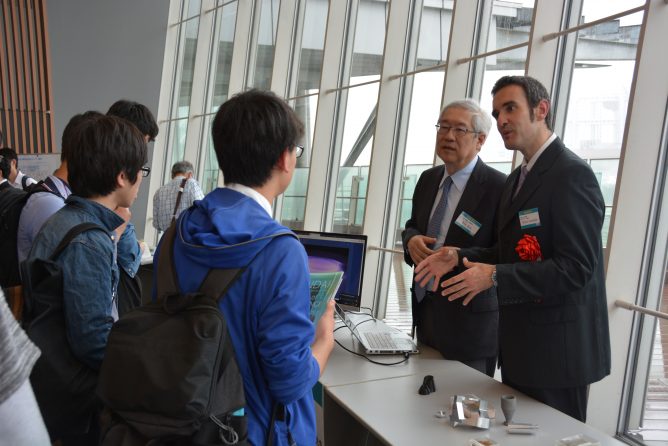