In the pleasant sunny weather, the NAOJ Nobeyama Radio Observatory Open Campus 2019 was held in Nobeyama on Saturday, August 24. Reflecting the sun, shining white parabola antennas were making a beautiful contrast with the cloudless blue sky.

The Nobeyama Radio Observatory (NRO) is an important place for the NAOJ ALMA Project, as its “place of birth”. This year’s ALMA booth attracted a lot more people than in the previous years. 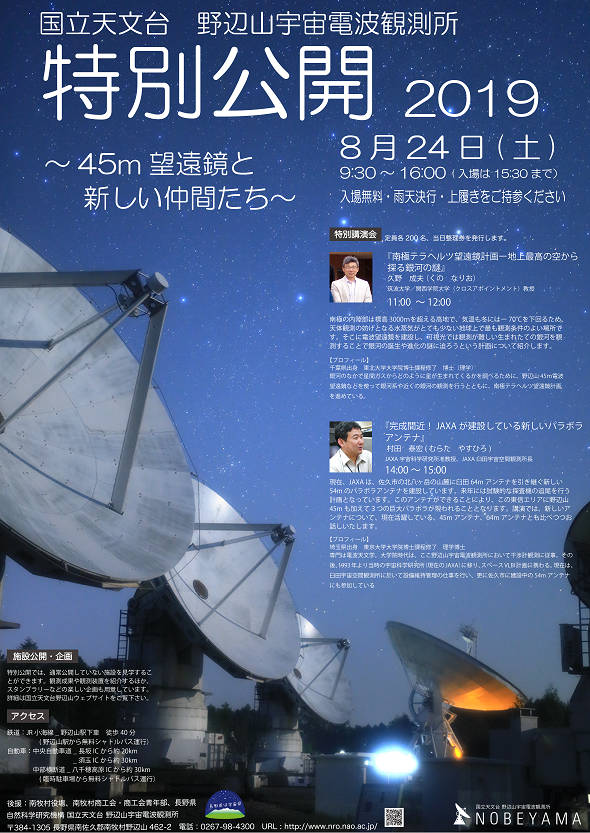 A poster of the Nobeyama Open Campus 2019, showing the illuminated Nobeyama 45-m Telescope (in the lower right of the poster). Credit: NAOJ

Nobeyama, Leading to ALMA
The Nobeyama 45-m Telescope is a radio telescope to observe millimeter waves (at a shorter wavelength in the 1-mm to 10-mm range), and started observation from 1982. The technologies incorporated into the 45-m Telescope have been passed on to the ALMA Telescope.

In the ALMA Project, there are people who have worked with the Nobeyama 45-m Telescope. This year’s ALMA mini-lectures includes a talk about the progress of radio astronomy in Japan, in particular the history of the Nobeyama Radio Observatory that has grown into a world-renowned observatory, and how it has contributed to ALMA.

This year’s Mini-Lectures are as follows:
– “Dark Universe Observed by ALMA” by Assistant Professor Masaaki Hiramatsu
– “Nobeyama in Japan Becoming Nobeyama in the World, and Leading to ALMA” by Distinguished Professor Tetsuo Hasegawa
– “The Center of the Starburst Witnessed by ALMA” by Specially Appointed Associate Professor Kouichiro Nakanishi 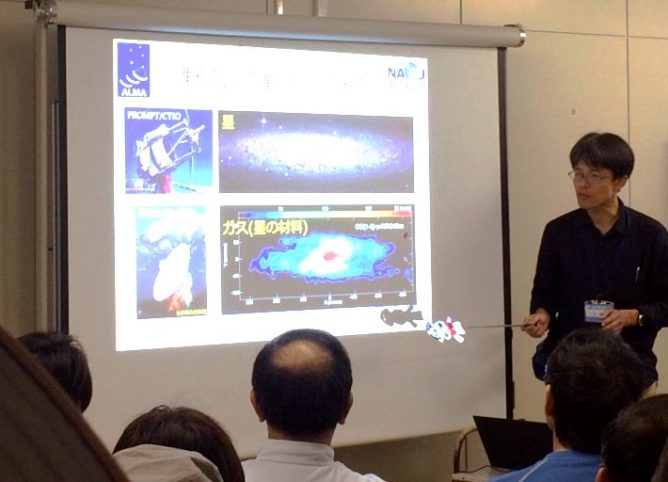 Various Scientific Results Delivered by ALMA
From closer objects within our solar system through very distant baby galaxies in the initial stage of the universe, the ALMA Telescope explores a wide range of objects in the universe. At the ALMA booth, visitors enjoyed poster exhibition that shows the latest scientific results of ALMA while talking with researchers, as well as other exhibitions such as the ALMA-site miniature diorama, and “radio coloring” to learn how to make an image from radio observations. 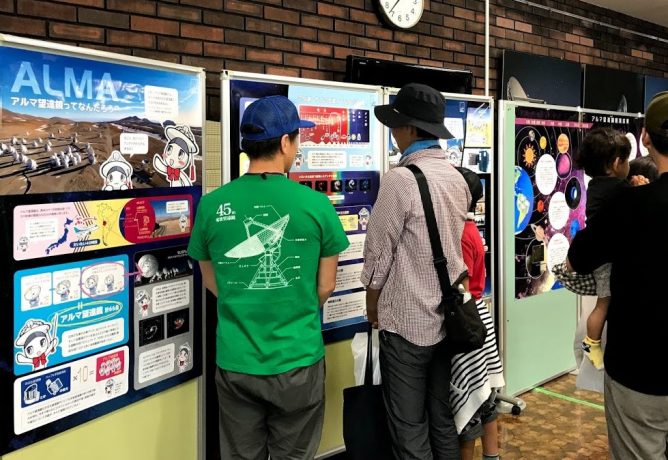 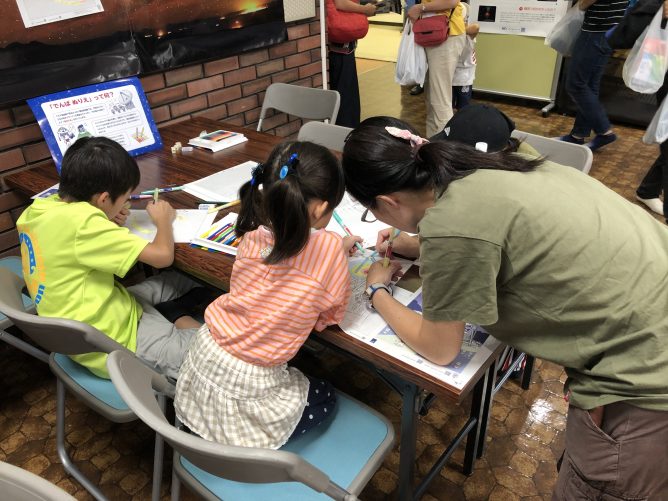