TOP
Press Releases
Result of the Initial Testing of the Japanese ACA 12-m An ...

A gigantic radio telescope ALMA (Atacama Large Millimeter/submillimeter Array) is under construction in Chile through collaboration among Japan, North America, and Europe. By using one of the parabolic antennas constructed by Japan for ALMA, an image of the moon was obtained at the radio wavelengths. This is the first radio image from a celestial object by Japanese ACA 12-m antennas for ALMA project in Chile, and the milestone of the initial testing to confirm the performance of the Japanese ACA 12-m antenna has been successfully achieved.

In the Llano de Chajantor plateau (Figure 1) of the Atacama Desert, northern Chile, an international astronomical facility of Atacama Large Millimeter/submillimeter Array (ALMA) is currently being constructed in collaboration among Japan, North America, and Europe as an ultimate radio telescope at the millimeter/submillimeter wavelengths (Figure 2).

Japan constructs sixteen parabolic antennas for the Atacama Compact Array (ACA) as part of the ALMA, and three of them were assembled in Chile in the latter half of last year (Figure 3).

One of these three antennas (12 m in diameter) was equipped with a Japanese receiver and was used to obtain the first radio image of the moon at a wavelength of 2 mm (140 GHz). The obtained image shows clearly the temperature distribution of the moon and weak radio emission from the right half of the moon, which is dark in the optical image (Figure 4). This is the first radio image of the celestial object taken with Japanese ACA 12-m Antenna in Chile.

Japan achieved this milestone with the ACA antenna as planned in its fourth year of the Japanese 8-year construction schedule, which will be completed in 2012.

After completion, ALMA will become a paramount radio telescope with a spatial resolution of 10 times higher than the Subaru Telescope or the Hubble Space Telescope. After it becomes fully operational in 2012, ALMA is expected to produce valuable information on the formation of the galaxy in the early universe and formation of the planetary system as well as the evolution of the universe, by taking the advantage of the millimeter/submillimeter wavelengths, which are very suitable to explore the mysteries of the universe.

This first radio image is one of the important milestones, which checked the fundamental antenna performances. 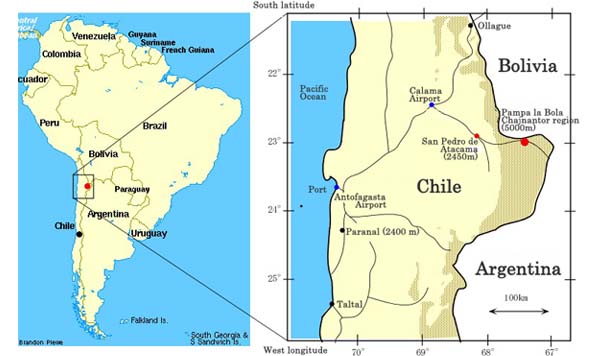 (Figure1)ALMA Construction Site. Assembled antennas are being tested in the mid-level facility (altitude 2,900 m) near San Pedro de Atacama. They will be eventually installed in the Llano de Chajantor plateau (altitude 5,000 m). 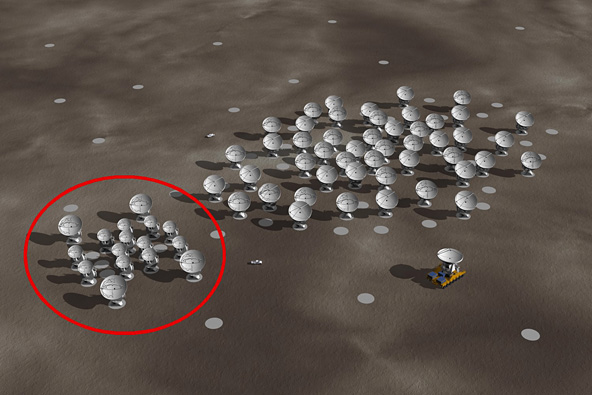 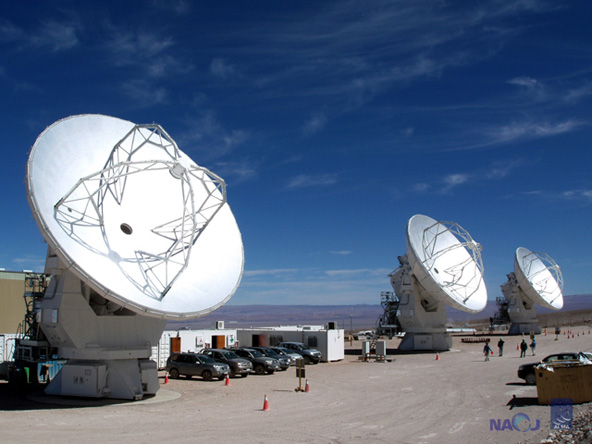 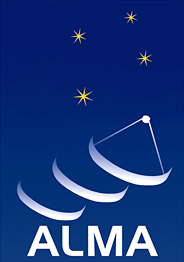 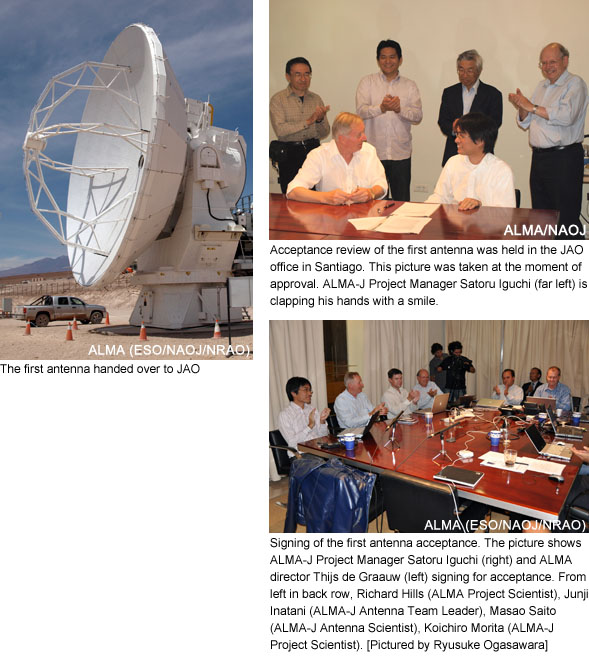 Assembly of three Japanese antennas started at the OSF 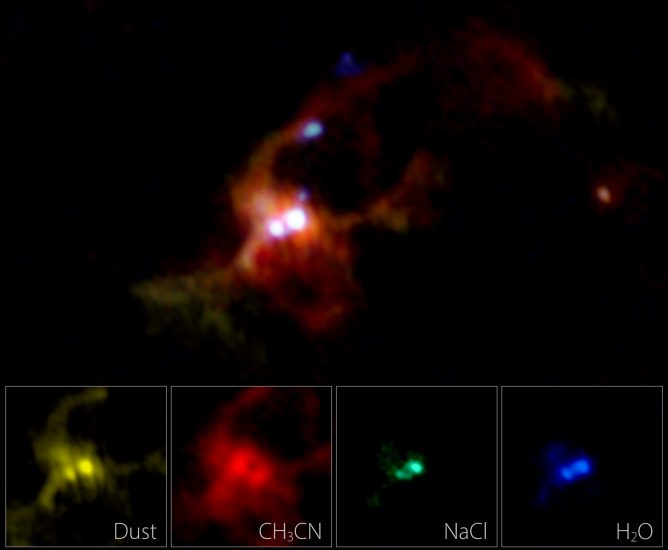