The research team led by Yoshinori Uzawa (ALMA Band 10 Team Leader at the National Astronomical Observatory, Advanced Technology Center) successfully developed the world’s highest performance low-noise receiver, covering the frequency range from 787 GHz to 950 GHz. The team made a high quality film from compound superconductive material NbTiN (niobium-titanium nitrides) in cooperation with the National Institute of Information and Communication Technology, Kobe Advanced ICT Research Center, and using this film, designed and fabricated a superconductive integrated circuit (Figure 2). The performance test was conducted with this circuit installed in the newly-developed receiver. As a result of the test, it was proved that the state-of-the-art low-noise receiver was successfully developed (Figure 3). Though the research and development of the Band 10 receiver (*2) covering the highest frequency band was thought to be the most difficult among ten receiver bands to be installed in ALMA, which is under construction in Chile (*1), the team has achieved such a high goal.

In this frequency band, many spectral lines characteristic to various reagents and molecular gases have been found, and this newly-developed technique is expected to be applied to the detection of these reagents and gases. In this way, this research product will surely contribute to the progress of astronomy as an important component of ALMA, but at the same time its particular method to receive and transmit signals at around 1000 GHz, which was established in this research, will serve as a basis for the development of various inspection devices, too.

This research result will be reported at the International Superconductive Electronics Conference (ISEC 2009) to be held from June 16 through 19 in Fukuoka, Japan. 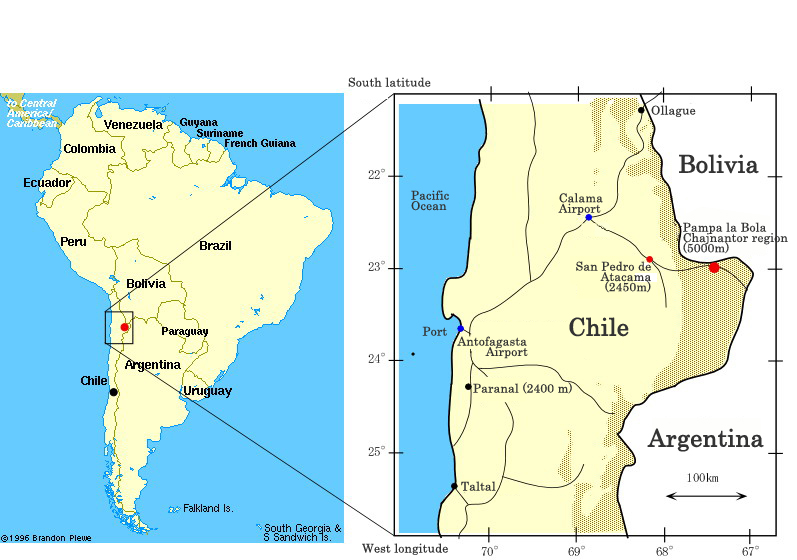 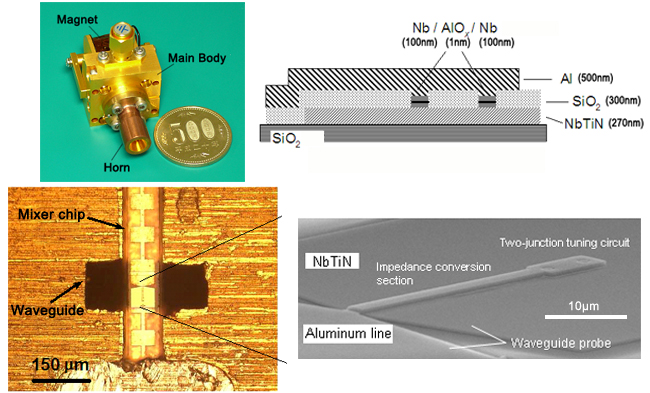 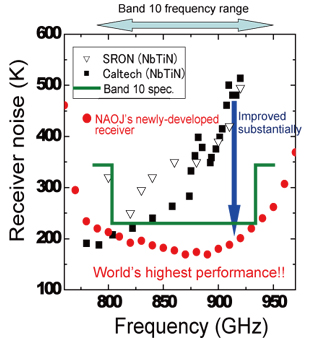 (Figure 3)
Previously, the world’s highest performance of the 750 to 950 GHz receiver (operation temperature at 4K) was achieved by the California Institute of Technology, and SRON (Netherlands Institute for Space Research: one of the major research institutes in Europe). NAOJ research team has succeeded in improving the performance substantially with its newly-developed receiver.

(* 1)
ALMA (Atacama Large Millimeter/submillimeter Array) is an ultimate ground-based radio telescope under construction on the highlands at 5000 meters above sea level in the Atacama Desert, northern Chile (Figure 1) in global partnership of East Asia, North America, and Europe. ALMA will explore the unknown universe with a resolution of 0.01 arcsecond, which is 10 times better than that of the Hubble Space Telescope and Subaru Telescope (this high resolution can be compared to the eyesight that can recognize one-yen coin at a distance of approximately 400 km: equivalent to the distance from Tokyo to Osaka). The ALMA site in the Atacama Desert is a place less subject to the radio wave absorption by the water vapor, as the sky is always clear and the annual rainfall is below 100 mm. At high altitudes with such favorable conditions, astronomers can observe radio waves at higher frequency (shorter wavelength) including submillimeter waves, which will be covered by ALMA.

(*2)
ALMA will target a broad frequency range from millimeter to submillimeter (from 31.3 GHz to 950 GHz in frequency). To cover this frequency range entirely, it was divided into 10 bands; and accordingly the same number of receivers corresponding to these bands will be developed by East Asia, North America, and Europe separately. Each frequency band is named “Band 1” through “Band 10” in the ascending order from the lower frequency. 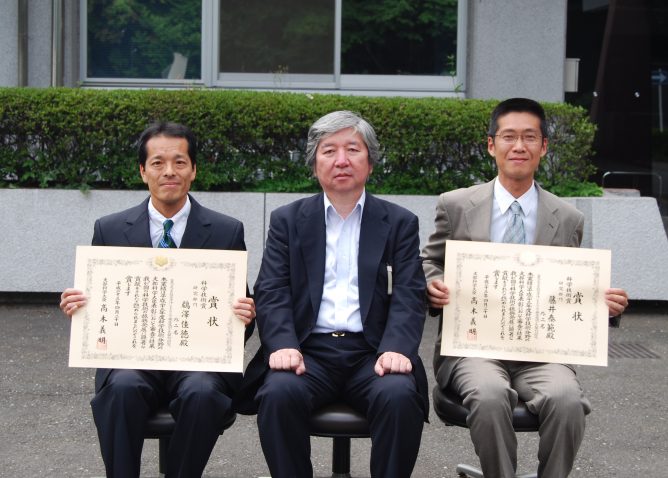 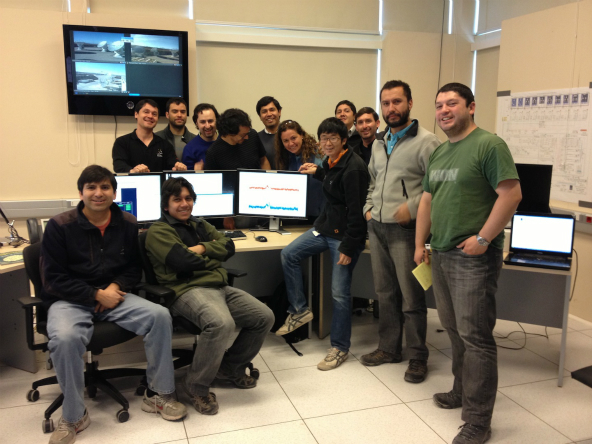