For the first time, a group of Japanese researchers detected radio emission from molecular gas in galaxies hosting gamma ray bursts (GRBs), the brightest explosive phenomenon in the universe, with the Atacama Large Millimeter/submillimeter Array (ALMA). Also, this observation revealed that the observed GRBs occurred in a remarkably dust-rich environment with little molecular gas.

The research group led by Bunyo Hatsukade, an assistant professor at the Chile Observatory of the National Astronomical Observatory of Japan (NAOJ), conducted observations of two galaxies hosting GRB 020819B and GRB 051022 whose distance from us is about 4.3 billion and 6.9 billion light years, respectively. Detection of radio emission from GRB host galaxies, which had been a long-sought goal for astronomers, was finally made possible by ALMA with its unprecedentedly high sensitivity.

A gamma ray burst (GRB) is strong gamma radiation from a cosmic source that lasts from 0.01 seconds to several minutes. Recently GRBs have been observed approximately once a day. Previous detailed studies of GRB afterglows show that a significant number of GRBs have occurred billions of light years away. GRBs have attracted a lot of attention from astronomers as a tool to probe the properties of distant universe (*1).

GRBs still remain shrouded in mystery and various researches have been conducted to get the whole picture of them. Currently GRBs are classified into two groups according to the duration of gamma radiation: long GRB and short GRB, which are assumed to be generated by different factors. A long GRB that lasts two seconds or longer is supposed to be an enormous explosion at the end of a massive star that has 40 or more times the mass of the Sun (*2). In the case of such a great scale of explosion, stars sometimes spout out high-speed jets along their opposite poles. GRBs are believed to be such explosions observed from the direction of the jet ends. On the other hand, short GRBs less than two seconds are associated with collision and merger of neutron stars. Recently many researchers have been working on the studies to probe the properties of GRB host galaxies. Astronomers have believed that massive stars or GRB progenitors would reside in active star forming regions surrounded by a large amount of molecular gas as the fuel for star formation. However, there had been no observation result of molecular gas emission from any GRB host galaxies, which was a longstanding mystery.

The research team led by Bunyo Hatsukade, an assistant professor at the Chile Observatory, the National Astronomical Observatory of Japan (NAOJ), observed with ALMA two host galaxies of GRB 020819B and GRB 051022 about 4.3 billion and 6.9 billion light years away respectively (*3) to investigate the amount of gas and dust contained in the long GRB host galaxies, and successfully detected radio emission of molecular gas and dust from the two galaxies. This is the first radio emission detected from molecular gas in a GRB host galaxy. Kotaro Khono, a professor at the University of Tokyo and a member of the research team, says, “We have been searching for molecular gas in GRB host galaxies over 10 years since 2003 using various telescopes around the world such as Nobeyama Millimeter Array in Japan, Plateau de Bure Interferometer (PdBI) in France, and the ASTE Telescope in Chile. As a result of our hard effort, we finally achieved a remarkable breakthrough using ALMA with unprecedentedly high sensitivity. We are very excited with what we have achieved. ” The sensitivity of ALMA in this observation was about five times better than the other telescopes ever used for the previous researches, although the observation time taken was just 47 minutes and the number of antennas used was only 27 (less than a half of the total number of antennas) during the early scientific operation. The observation results this time demonstrated ALMA’s revolutionary capability even under such limited conditions.

Another remarkable achievement made by the high resolution ALMA was uncovering the distribution of molecular gas and dust in the GRB host galaxies. Surprisingly, in the GRB 020819B host, molecular gas was found not at the GRB site but at the nuclear region. Meanwhile, a quantity of dust was detected at the GRB site, but not at the nuclear region. Derived from the radio intensity of the observed GRB site, the mass of molecular gas is estimated to be 500 million or less solar mass, while that of dust to be 50 million solar mass (*4). The ratio of dust mass to molecular gas mass is estimated to be about 1% in the interstellar medium in the Milky Way, nearby and distant star-forming galaxies, but it is ten or more times higher in the region surrounding GRB 020819B. “We didn’t expect that GRBs would occur in such a dusty environment with low ratio of molecular gas. This indicates the GRB occurred in an unusual environment” says Hatsukade.

Then, how is such dusty environment created? Past ultraviolet and optical observation results show that the star formation rate of GRB sites are several dozens of times higher than that of the Milky Way and nearby star-forming galaxies. While molecular gas is easily disintegrated by the exposure to strong ultraviolet ray emitted by new-born massive stars, dust is less susceptible to it (*5). The research team supposes that a possible explanation for the high ratio of dust to molecular gas at the GRB site would be the difference in reaction to ultraviolet radiation. Although similar distribution is seen in another host galaxy GRB 051022, it has yet to be confirmed due to the lack of angular resolution because it is located further away than the GRB 020819B host.

“The results obtained this time were beyond our expectations. We need to carry out further observations with other GRB hosts to see if this could be general environmental conditions of a GRB site. We are looking forward to future researches with improved capability of ALMA” says Hatsukade.

Movie: An artist’s conception of the environment around GRB 020819B based on the observation results obtained this time (1m17s)
The GRB occurred in an arm of a galaxy in the constellation of Pisces (The Fishes). GRBs are huge explosions of a star spouting high-speed jets in a direction toward the observer. The ALMA observations revealed that GRB 020819B is likely to have been generated in an environment surrounded by dust-rich star-forming regions where many new stars are born.
Credit: NAOJ/Gemini Observatory 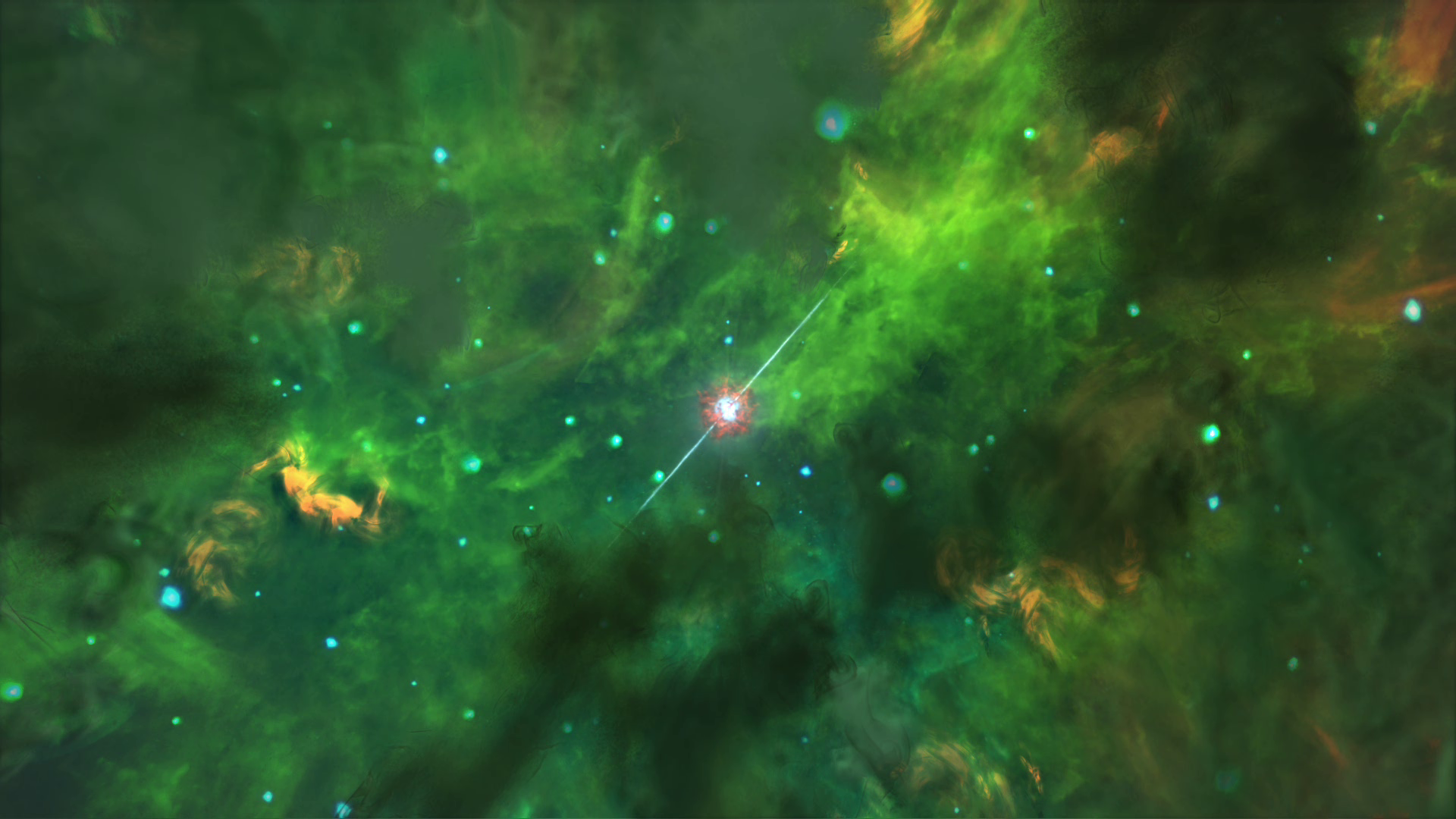 Figure 2. An artist’s conception of the environment around GRB 020819B based on the observation results obtained this time
Credit: NAOJ
Click to enlarge (2.3MB / PNG)

[1] One example of researches using distant GRB emissions to explore the early universe: “Probing intergalactic neutral hydrogen from gamma-ray burst around one billion years after the birth of the universe”with Subaru Telescope.

[5] Molecules consist of atoms that are held together by chemical bonds. The size of a molecule is 0.1 nm, while that of a cosmic dust particle is 0.1 μm, which is 1,000 times as large as a molecule. Since inter-atomic bonds which make up molecules are easily disintegrated by ultraviolet radiation, molecular gas cannot exist in an environment exposed to strong ultraviolet radiation.

These findings will be published in Nature (June 12, 2014) as an article titled “Two γ-ray bursts from dusty regions with little molecular gas” Hatsukade et al.

The research team members include: