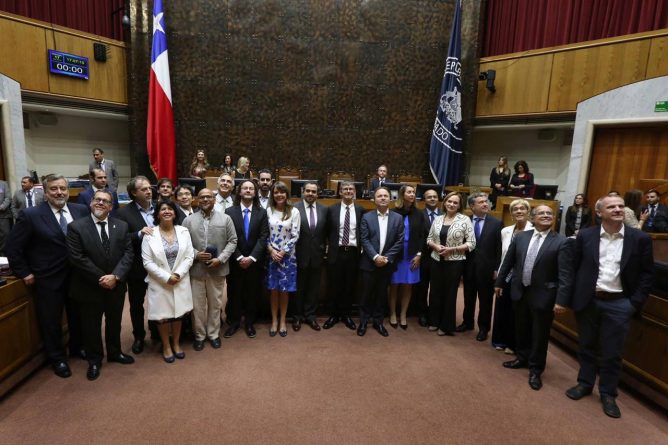 The Honorable Senate of Chile invited representatives from the ALMA observatory to its session held today, April 17, in recognition of its role in obtaining the first image of a black hole published by the Event Horizon Telescope (EHT) last week. In addition to congratulating the observatory, the five scientists from the ALMA team who were directly involved in the process were recognized individually: Alejandro Sáez, Violette Impellizzeri, Hugo Messias, Rubén Herrero-Illana and Akihiko Hirota. In addition, Neil Nagar and Venkatessh Ramakrishnan from the Universidad de Concepción were also distinguished.

After the successful revelation of the first image of a black hole on April 10 by the Event Horizon Telescope consortium, which had a global impact, the Honorable Senate of Chile decided to award a silver medal to the ALMA Observatory and to the seven scientists who participated from Chile as coauthors in the investigation. The ceremony was held in the Senate Hall.

“I thank all of the ALMA staff for their extraordinary efforts in enabling ALMA’s vital participation in this very successful, iconic experiment to obtain the first image of a black hole” said ALMA Director, Sean Dougherty.

After the ceremony, the President of the Senate, Jaime Quintana, said to be “very proud that they have accepted the invitation to give them the Silver Medal of the Senate. A research team that has made a big contribution to Science with this great discovery. Furthermore, taking into account that this is what we have been talking about from the Senate in the last decade: to strengthen links between Science and Politics, an important matter, and a key objective of Congreso del Futuro“.

On this occasion, Mr. Dougherty and Alejandro Sáez, the only Chilean coauthor of the project from Chile, shared firsthand the importance of this discovery with the senators.

“I have primarily been working on the software development of the ALMA Phasing Project, which aims to coherently sum up the signals from ALMA antennas so that ALMA can participate in VLBI arrays, including EHT. I am pleased and grateful to have had an opportunity to contribute to the impressive achievement of EHT, which was made through the collaboration of numerous researchers and engineers with a wide range of expertise.” said Akihiko Hirota, a scientist at Joint ALMA Observatory and an assistant professor at NAOJ Chile. 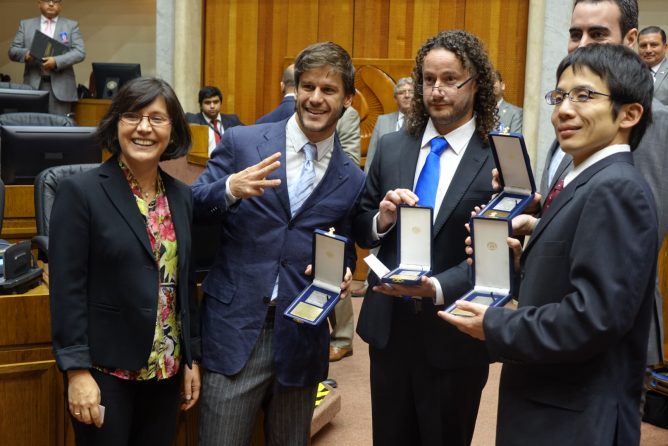 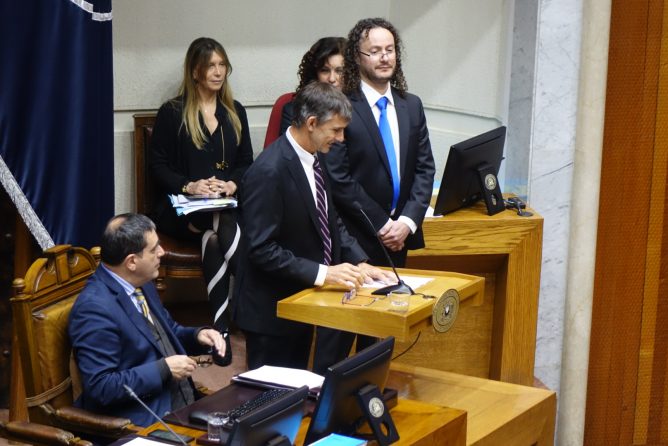 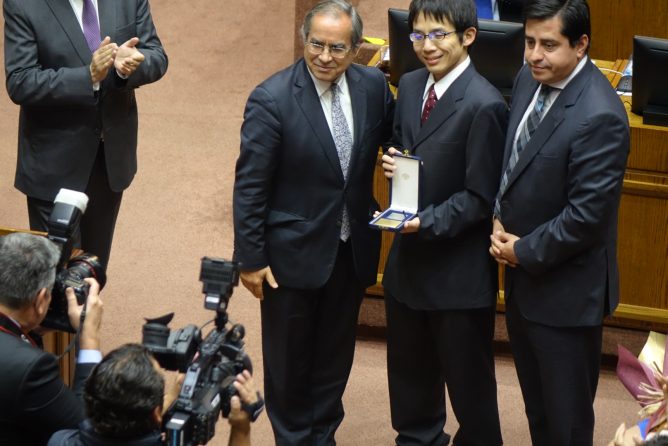 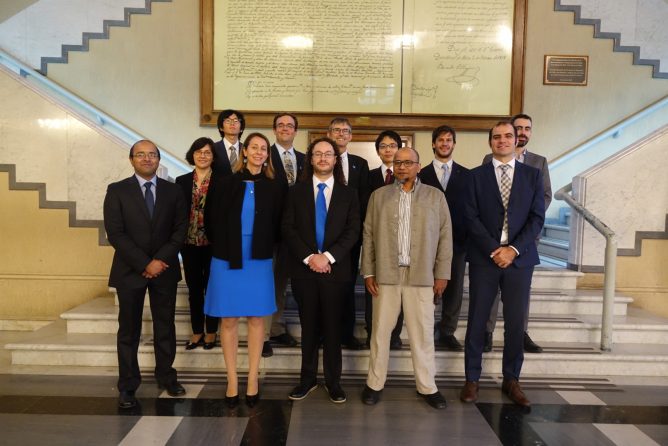 ALMA representatives and astronomers from Universidad de Concepción in the entrance of the Chilean Senate. Credit: C. Concha – ALMA (ESO/NRAO/NAOJ)