The speaker this year was Seiichi Sakamoto, a professor at the NAOJ Chile Observatory. At the beginning of the lecture, Sakamoto showed beautiful starry sky observed from the ALMA sites and explained that July 7 this year is not a good day for a star festival because a full moon makes it difficult to see the meeting of the stars Vega and Altair, suggesting that stars can be observed better on August 28, the day of Tanabata in accordance with the traditional Chinese lunar calendar, when a first quarter moon sets in the middle of the night.

Since Sakamoto had worked at the Japan Aerospace Exploration Agency (JAXA) until 2014, he expanded the topic from astronomy to space development which attracts the interest of kids, covering the start of commercial space tours, rocket development undertaken by some universities, Japanese astronauts, and the moon. The lecture was attended by the students from the 1st to 9th grades and teachers. There were many comments wishing to learn more about the contents of the lecture from the participants and many letters of gratitude from the parents after the event.

Around late August, another Tababata event is scheduled in San Pedro de Atacama, a local village close to the ALMA site, to celebrate the star festival according to the traditional lunar calendar. 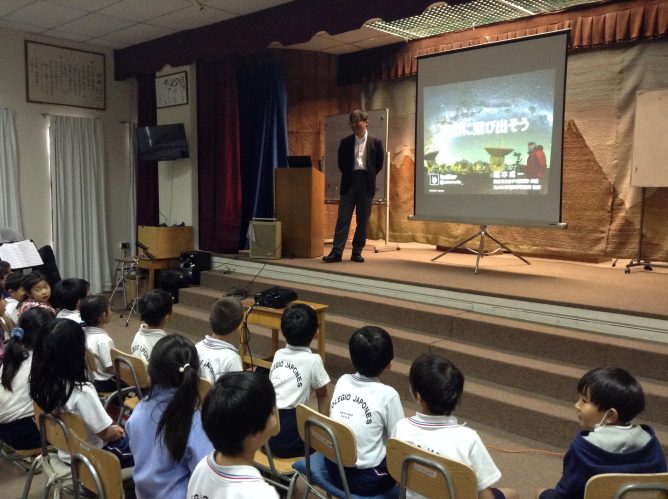