From December 18 through 19, 2019, ALMA/45m/ASTE Users Meeting was held at the NAOJ Mitaka campus. The meeting was attended by 109 users of ALMA, the Nobeyama 45-m Telescope, and ASTE, who gathered together from Japan, Taiwan and Korea.

The three telescopes, under NAOJ’s operation, have respective open–use observations programs that provide researchers at various research institutes and universities with opportunities to carry out their observations based on their observing proposals.

The ALMA session on the first day covered a wide range of topics; the current operation status and the future perspectives of ALMA, the software development status, and the summary of the future development workshops, as well as presentations of highlights of ALMA achievements in a variety of astronomical fields. Along with these, there were also discussions and exchanges of information regarding the changes in the observing proposal review process and the previous review results.

On the second day, there were held the sessions focused on the Nobeyama 45-m Telescope and ASTE that covered their current operation status and highlights of research results, including discussions on the future organizational structures for operations. 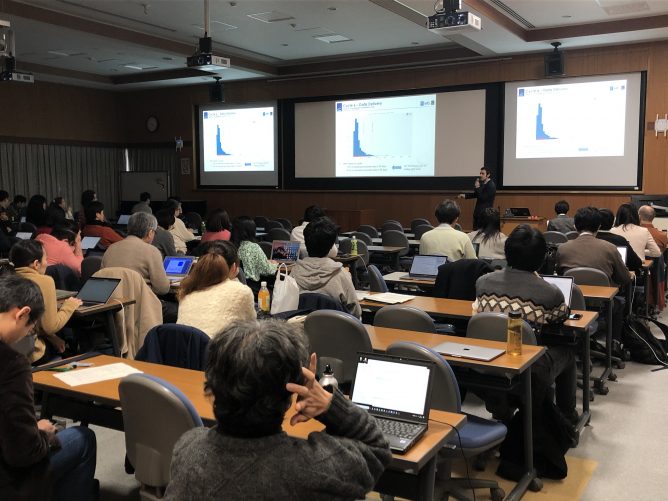 On December 17, the previous day of the meeting, a symposium was held with the attendance of young researchers employed based on the ALMA Joint Scientific Research Program. Eleven researchers gave oral reports on their research and discussed each research themes in depth.