Atacama Large Millimeter/submillimeter Array (ALMA) took an impressive image of V1247 Orionis, a young, hot star surrounded by a dynamic ring of gas and dust, known as a circumstellar disk. This disk can be seen here in two parts: a clearly defined central ring of matter and a more delicate crescent structure located further out. 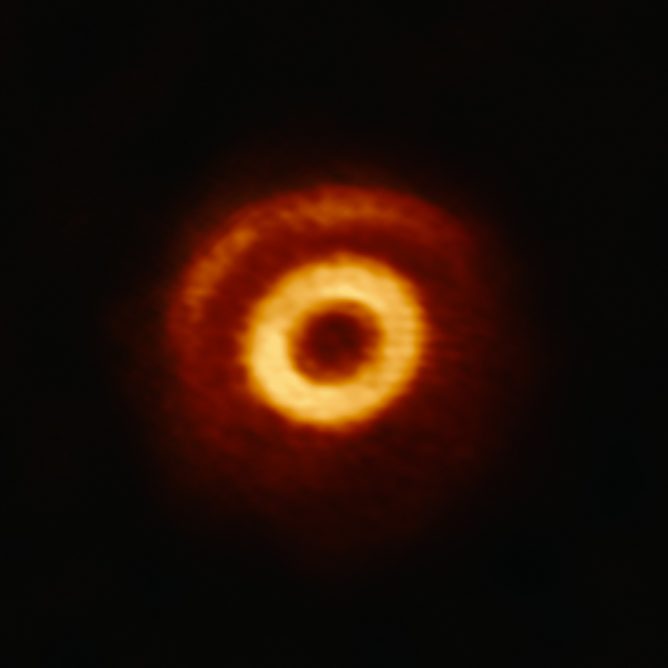 The region between the ring and crescent, visible as a dark strip, is thought to be caused by a young planet carving its way through the disk. As the planet orbits around its parent star, its motion creates areas of high pressure on either side of its path, similar to how a ship creates bow waves as it cuts through water. These areas of high pressure could become protective barriers around sites of planet formation; dust particles are trapped within them for millions of years, allowing them the time and space to clump together and grow.

The exquisite resolution of ALMA allows astronomers to study the intricate structure of such a dust trapping vortex for the first time. The image reveals not only the crescent-shaped dust trap at the outer edge of the dark strip, but also regions of excess dust within the ring, possibly indicating a second dust trap that formed inside of the potential planet’s orbit. This confirms the predictions of earlier computer simulations.

“We targeted this object anticipating detection of a crescent, but never thought to find such a remarkable ring too. Even for this distant star, we successfully obtained the sharpest image ever taken of dust traps, which makes it a lot easier to do comparative analysis with computer simulations. We expect that in the near future we can solve the long-standing mystery of how small solid particles grow into planets,” said Misato Fukagawa, an associate professor at Nagoya University and a member of the research team.

Dust trapping is one potential solution to a major stumbling block in current theories of how planets form, which predicts that particles should drift into the central star and be destroyed before they have time to grow to planetesimal sizes (the radial drift problem).

V1247 Orionis is 1000 light years away from Earth, which is roughly twice the distance to HL Tauri, the iconic protoplanetary disk captured with ALMA.

Paper and research team
These observation results were published as Kraus et al. “Dust-trapping Vortices and a Potentially Planet-triggered Spiral Wake in the Pre-transitional Disk of V1247 Orionis” in the Astrophysical Journal Letters in October 2017. 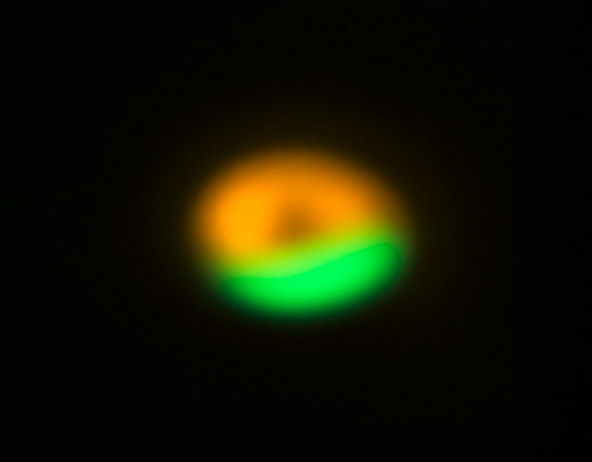 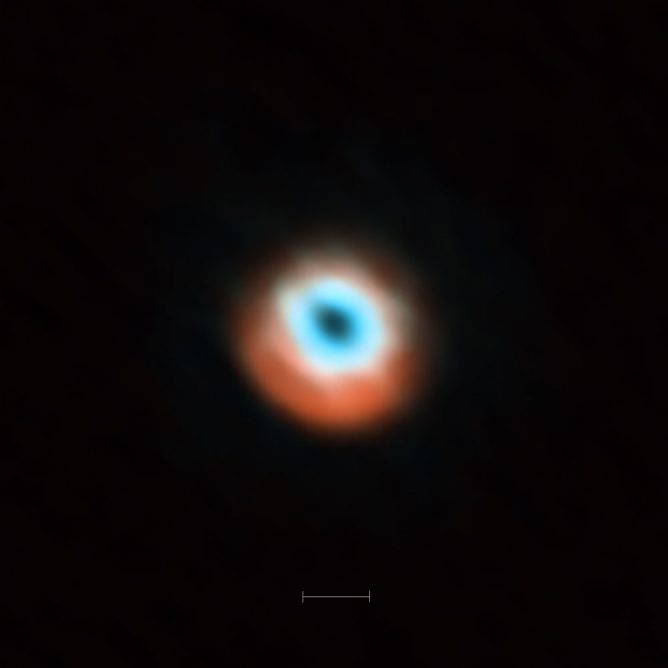