On July 2, 2019, a total solar eclipse was observed in some parts of Chile. In the capital city Santiago, it was experienced as a major partial solar eclipse where 93% of the solar disk was covered by the Moon.

For watching this solar eclipse, 45 students and teachers at the Santiago Japanese School visited the NAOJ Santiago Office. Before observing the sky, Shin’ichiro Asayama, Head of NAOJ Chile, explained how a solar eclipse occurs using the Sun and Moon models and gave safety instructions for observing solar eclipse. Following the lecture, they observed the eclipse of the Sun with eclipse glasses from the window of the office. They also did an experiment to see the image of the Sun on the wall using pinhole camera effect. They used papers with small holes on letters that read “NAOJ” and “Japanese School (in Kanji characters)”. They were very excited to see the letters made up of many crescent shaped images of the Sun projected through pinholes. Since the peak of the partial solar eclipse was around 4:30 pm (local time in Chile) when the Sun was going to set in the west, it was easy to observe even from the window of the office. 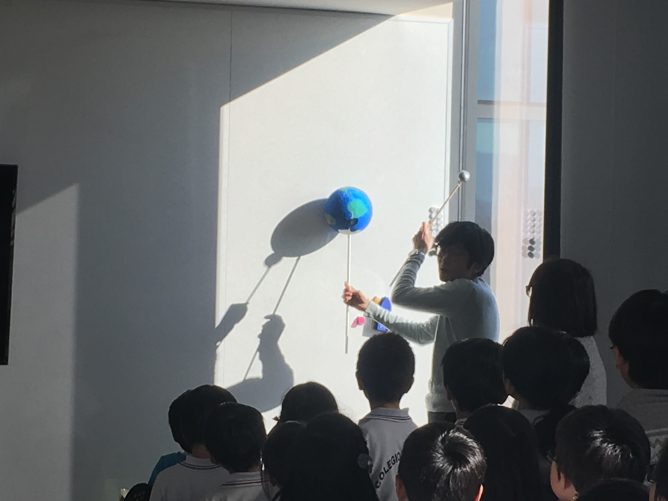 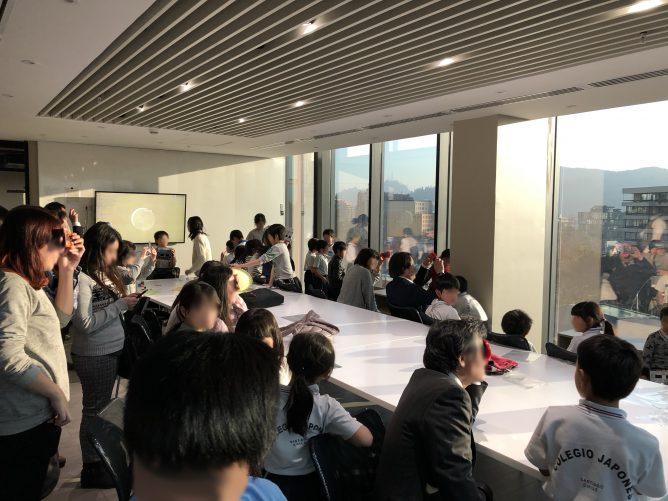 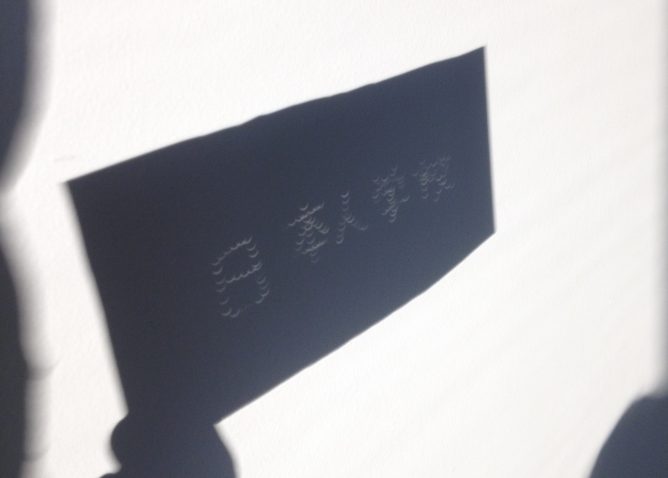 Letters of “Japanese school” made up of crescent shaped images of the Sun using pinhole camera effect. Credit: NAOJ 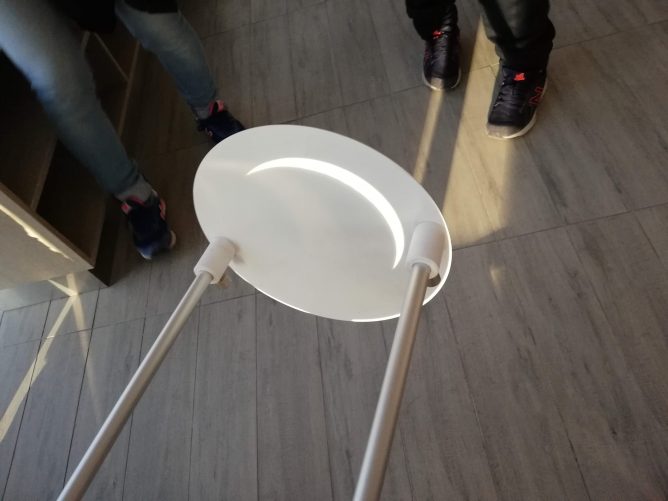 The image of the solar eclipse projected on the board through a telescope. The Sun is largely covered by the Moon. Credit: NAOJ