On July 5, 2018, at the Hitotshubashi Hall, the National Astronomical Observatory of Japan (NAOJ) held a ceremony to commemorate the 30th anniversary of the foundation of NAOJ and announced that the 1st NAOJ Young Researchers Award was given to Associate Professor Shin’ichiro Asayama at the NAOJ Chile Observatory. 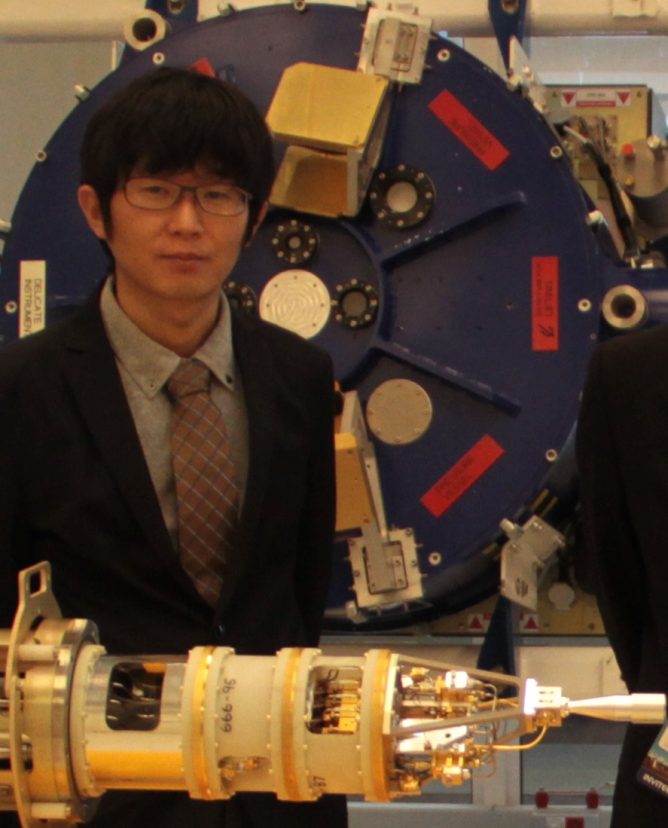 The year 2018 marked the 30th anniversary of foundation of NAOJ since 1988. In commemorating this milestone, the NAOJ Young Researchers Award was newly established for young researchers of NAOJ who have achieved excellent research results and have great potential to play a major role as a leading researcher domestically and internationally in the future.

Just after obtaining his Ph.D, Asayama was assigned to the leader of the ALMA Band 4 Receiver development team (observing wavelength: 2 mm) and led the receiver development that requires extremely-high performance successfully. For his own research, he conducted the development of a waveguide-type sideband-separating superconductor mixer and a compact waveguide polarization splitter, which resulted in realizing the highest sensitivity detector in the world. Furthermore, he applied these results to millimeter receivers for radio astronomy in Japan and made them with a competitive edge in the world.

From 2009, he was transferred to Chile and played an active role as a key member of the System Integration Science Team of ALMA during ALMA construction period. In 2011, he moved to the engineer group where he successfully realized stable submillimeter observation of ALMA. The award was given to Asayama for his outstanding achievements at the Joint ALMA Observatory as the only researcher who is capable of covering a wide range of fields from engineering through astronomical observations.

Asayama said about his winning the award, “I am very glad and honored to be selected as the winner of the 1st NAOJ Young Researchers Award. I had the opportunity to lead the research and development of cutting-edge instruments as the leader of Band 4 Receiver Team just after I started to work at NAOJ. I am grateful that I was also given the opportunity to make positive contributions to the construction and scientific evaluations of ALMA as an international staff member of the Joint ALMA Observatory. I would like to express my sincere gratitude to all people who provided support and cooperation for my research and development activities and those who supported my life in Chile. I will make further efforts for my research activities to achieve results that will beneficial to the future progress of astronomy.”