At ALMA, we are celebrating doubly: on the one hand, October is the month of Science in Chile, and, on the other, we commemorate in ALMA the ten years since the first image of the observatory. 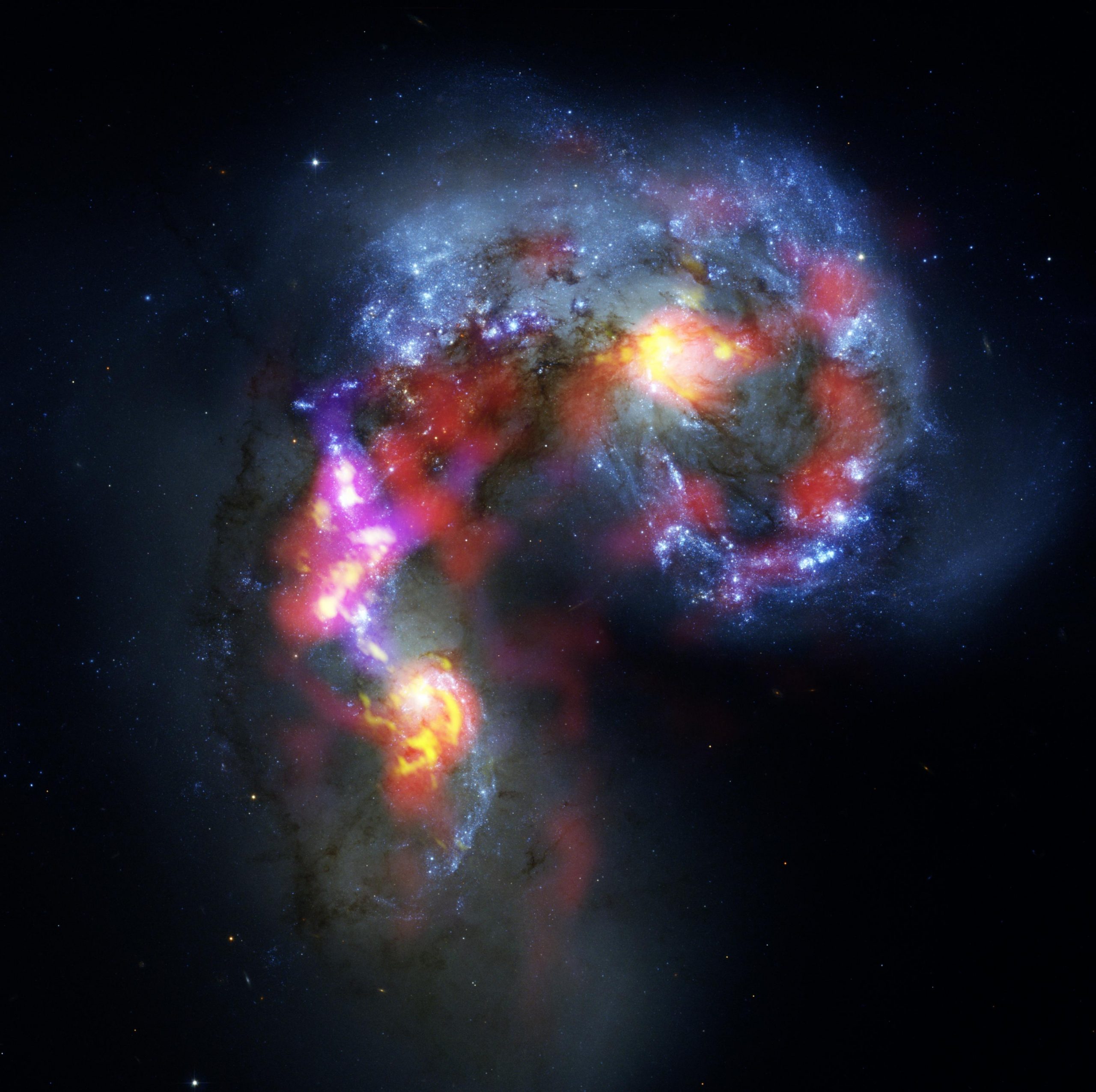 At ALMA, we are celebrating doubly: on the one hand, October is the month of Science in Chile, and, on the other, we commemorate in ALMA the ten years since the first image of the observatory.

Ten years ago, on October 3rd, 2011, the Atacama Large Millimeter/submillimeter Array (ALMA) officially opened its doors to the astronomical community with the launch of its first image: the Antennae Galaxies collision, demonstrating its potential and heralding the start of a successful decade of astronomy.

The celebration started one month before the anniversary, with the collection of names suggestions by the public for the 66 ALMA antennas. There were two categories: Celestial objects and Kunza words, the language of the Atacameños, indigenous neighbors to the observatory. The public voted more than 200 concepts that met this criterion arrived through the ALMA website and its social networks. The result of the vote is available here.

Located on the Chajnantor plateau in northern Chile, the ALMA array was operating at 5,000 meters with only twelve of its 66 antennas when it first opened for scientific observations. With more than 900 observation proposals before its official inauguration, the observatory demonstrated how excited the scientific community was to use this new facility. Since then, during the last decade, ALMA has continued to receive high demand from astronomers worldwide. The observation demand far exceeds the time available, and many exciting and innovative projects are submitted every year.

ALMA’s antennas can be separated by up to 16 kilometers. They work together as a single giant telescope that observes the Universe in light of millimeter and submillimeter wavelengths, approximately a thousand times longer than the wavelengths of visible light. These waves are emitted by some of the coldest objects in space, such as dense clouds of gas and cosmic dust from which stars and planets are formed, as well as very distant objects in the early Universe. Using interferometry, ALMA has a maximum spatial resolution better than the NASA/ESA Hubble Space Telescope at visible wavelengths. Even after ten years, ALMA remains the largest and most powerful telescope operating in the millimeter and submillimeter range.

In its first decade, ALMA has been used by astronomers worldwide to make important discoveries. To date, ALMA has provided data for nearly 2,500 scientific articles. Highlights include:

– Images of an Einstein ring provide the most detailed picture of star formation in the distant Universe.

– The detection of complex organic molecules in a young star system.

Additionally, ALMA was one of eight ground-based telescopes used as part of the Event Horizon Telescope (EHT) collaboration to capture the first image of a black hole, the supermassive object at the center of the galaxy M87.

Additional Information
ALMA is a partnership of ESO (representing its member states), NSF (USA) and NINS (Japan), together with NRC (Canada), MOST and ASIAA (Taiwan), and KASI (Republic of Korea), in cooperation with the Republic of Chile. The Joint ALMA Observatory is operated by ESO, AUI/NRAO and NAOJ.