After the closing of the ALMA Cycle 6 Call for Proposals, the demand for using the most advanced radio telescope in the world set a new record, surpassing 1800 proposals.

Astronomers from around the world worked against the clock to submit their observing proposals for the new cycle that begins in October this year and ends in September 2019.

“The demand for time on ALMA is still incredibly strong and continues to grow, as we add new capabilities, continue to collect data consistently and completely, and increasingly deliver data products in a timely and high-quality manner”, says ALMA Director, Sean Dougherty. “This success is due to the efforts of the full ALMA team in Chile, North America, Europe and East Asia, which works tirelessly to make it happen”.

By the final deadline at 15:00 UT of April 19, more than 1800 proposals were received. “This figure will far exceed the 1661 proposals that were evaluated for Cycle 5 in 2017”, comments ALMA Observatory Scientist, John Carpenter.

The next step is for scientists from across the world to convene and select the best proposals. The science ranking process will be in Tokyo, Japan, between June 18-23. 4000 hours of the 12-m Array time and 3000 hours of the Atacama Compact Array (ACA) time, also known as the Morita Array, will be available for successful proposals.

Cycle 6 will bring to ALMA several new observational capabilities, including full circular polarization observations, Band 8 stand-alone ACA observations and an increase of the Band 6 Intermediate Frequency bandwidth – from 5 to 5.5 GHz- to improve the flexibility to observe multiple spectral lines simultaneously. 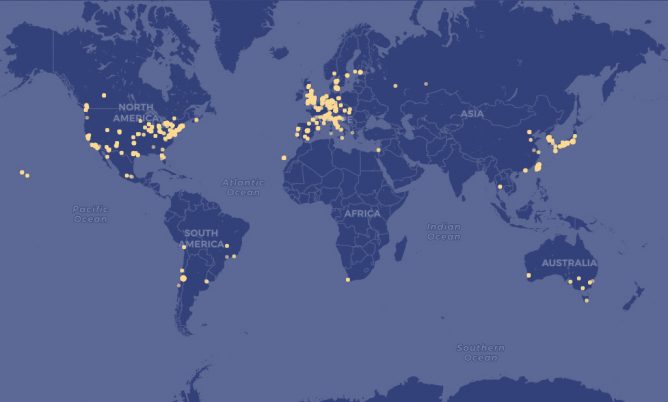 This map shows the location from which each observation proposal was submitted.
Credit: ALMA (NRAO/NAOJ/ESO) 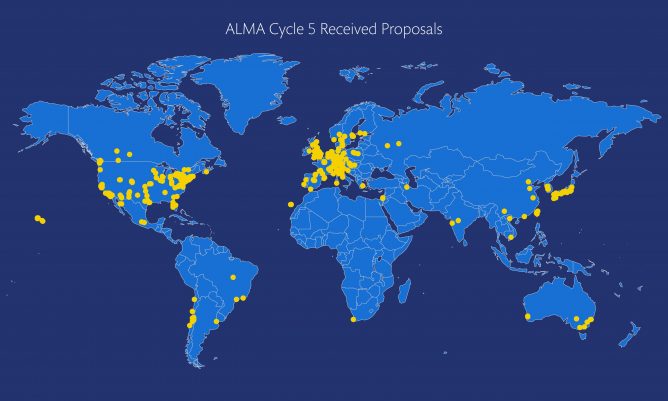 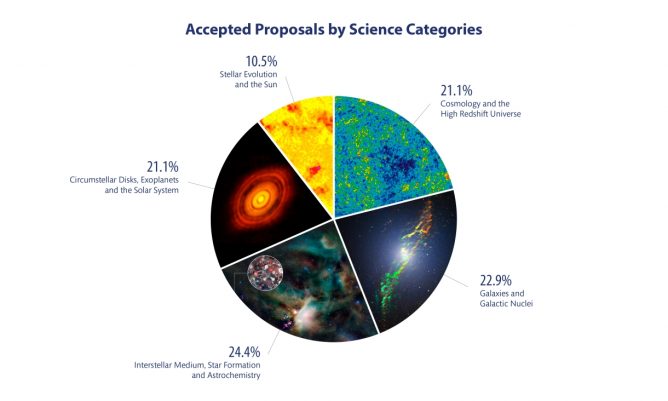