TOP
News
ALMA celebrates half a decade of scientific results

ALMA celebrates half a decade of scientific results

Over 200 astronomers from all around the world have gathered in Indian Wells, California, U.S.A. to participate in the "Half a Decade of ALMA: Cosmic Dawns Transformed" conference held between September 20 and 23 and organized by the Atacama Large Millimeter/submillimeter Array (ALMA) and its partners: The National Radio Astronomy Observatory (NRAO), the National Astronomical Observatory of Japan (NAOJ), and the European Southern Observatory (ESO). This is the third international conference presenting ALMA’s results since the observatory began its astronomical observation cycles.

For Crystal Brogan, Co-Chair of the conference, “one of the most gratifying aspects of gathering with the ALMA astronomical community is the high rate of attendance by early career researchers from all over the world, demonstrating the tremendous interest in ALMA, and ensuring that the amazing science discoveries enabled by ALMA will be continued by the next generation.”

During the four days of the conference, some 150 astronomers presented the latest scientific developments made by this radio telescope. The presentations addressed such diverse subjects as the search for protoplanetary disks, observations of the Solar System, the evolution of stars and galaxies, or the study of the chemistry of the Universe.

“It is a wonderful opportunity to hear about the latest discoveries on anywhere from protoplanetary disks, to the formation of stars, and to the properties of distant galaxies,” explains John Carpenter, Observatory Scientist at ALMA.

ALMA Director Pierre Cox, goes even further: “This international conference won’t be only an opportunity to review the most recent scientific results obtained by ALMA and to evaluate the progress that the observatory has made since it started operating half a decade ago, but it will also allow us to outline a strategy so that ALMA can further extend the boundaries of science”.

On September 24 and 25, there was a symposium for students doing post-doctorates related to ALMA held at the same location with the purpose of exchanging information and experiences. After the success of ALMA’s inaugural post-doctoral symposium held in Tokyo in 2014, this was a new opportunity for those attending to establish and develop collaborations with other postdocs working at different ALMA Regional Centers (ARCs), looking toward the Cycle 5 Call for Proposals.

All the information on these two events is currently available on the conference’s website.

Below: Group photo taken at the "Half a Decade of ALMA: Cosmic Dawns Transformed" conference. Credit: Brett A. McGuire, NRAO/AUI/NSF 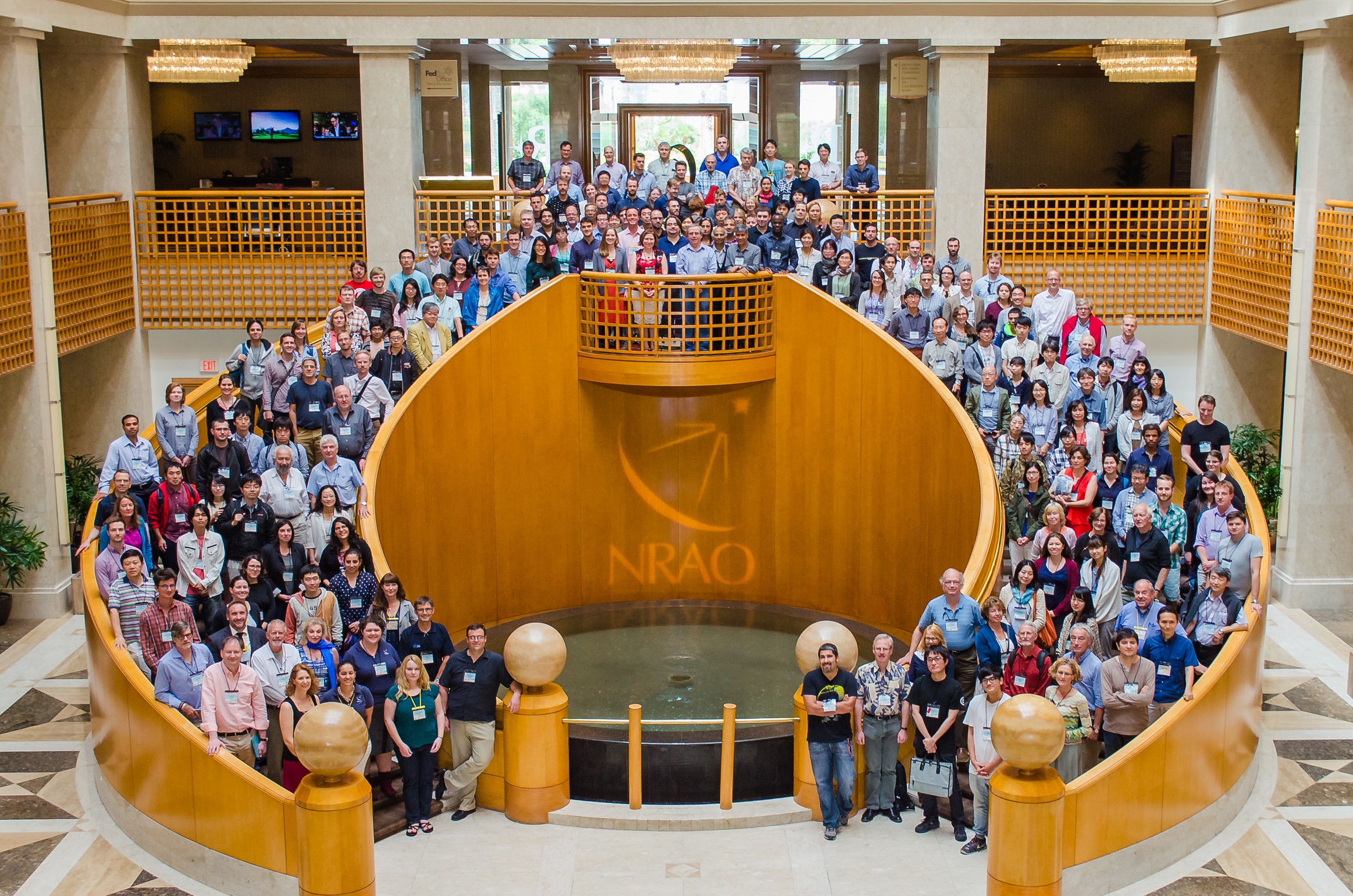