ALMA’s Best Image Yet of a Protoplanetary Disk

The disks of dust and gas that surround young stars are the formation sites of planets. New images from the Atacama Large Millimeter/submillimeter Array (ALMA) reveal never-before-seen details in the planet-forming disk around a nearby Sun-like star, including a tantalizing gap at the same distance from the star as the Earth is from the Sun.

This structure may mean that an infant version of our home planet, or possibly a more massive “super-Earth,” is beginning to form there.

The star, TW Hydrae, is a popular target of study for astronomers because of its proximity to Earth (approximately 175 light-years away) and its status as a veritable newborn (about 10 million years old). It also has a face-on orientation as seen from Earth. This affords astronomers a rare, undistorted view of the complete disk.

“Previous studies with optical and radio telescopes confirm that this star hosts a prominent disk with features that strongly suggest planets are beginning to coalesce,” said Sean Andrews with the Harvard-Smithsonian Center for Astrophysics in Cambridge, Mass., and lead author on a paper published today in Astrophysical Journal Letters. “The new ALMA images show the disk in unprecedented detail, revealing a series of concentric dusty bright rings and dark gaps, including intriguing features that suggest a planet with an Earth-like orbit is forming there.”

Other pronounced gap features are located 3 billion and 6 billion kilometers from the central star, similar to the distances from the Sun to Uranus and Pluto in our own Solar System. They too are likely the result of particles that came together to form planets, which then swept their orbits clear of dust and gas and shepherded the remaining material into well-defined bands.


Artist’s animation of a protoplanetary disk. Newly formed planets can be seen traveling around the central host star, sweeping their orbits clear of dust and gas. These same ring-link structures were observed recently by ALMA around the young star TW Hydrae. Credit: National Science Foundation, A. Khan

For the new TW Hydrae observations, astronomers imaged the faint radio emission from millimeter-size dust grains in the disk, revealing details on the order of one astronomical unit (about 150 million kilometers, or the distance between the Earth and the Sun). These detailed observations were made possible with ALMA’s high-resolution, long-baseline configuration. When ALMA’s dishes are at their maximum separation, up to nearly 15 kilometers apart, the telescope is able to resolve finer details. “This is the highest spatial resolution image ever of a protoplanetary disk from ALMA, and that won’t be easily beat going forward,” said Andrews.

“TW Hydrae is quite special. It is the nearest known protoplanetary disk to Earth and it may closely resemble our Solar System when it was only 10 million years old,” said co-author David Wilner, also with the Harvard-Smithsonian Center for Astrophysics.

Earlier ALMA observations of another system, HL Tau, show that even younger protoplanetary disks – a mere one million years old – can display similar signatures of planet formation. By studying the older TW Hydrae disk, astronomers hope to better understand the evolution of our own planet and the prospects for similar systems throughout the Galaxy.

The astronomers’ next phase of research is to investigate how common these kinds of features are in disks around other young stars and how they might change with time or environment.

Image: ALMA image of the planet-forming disk around the young, Sun-like star TW Hydrae. The inset image (upper right) zooms in on the gap nearest to the star, which is at the same distance as the Earth is from the Sun, suggesting an infant version of our home planet could be emerging from the dust and gas. The additional concentric light and dark features represent other planet-forming regions farther out in the disk. Credit: S. Andrews (Harvard-Smithsonian CfA), ALMA (ESO/NAOJ/NRAO)
ALMA image of the disk around the young star TW Hydrae (JPEG)
The inner region of the TW Hydrae protoplanetary disk as imaged by ALMA (JPEG) 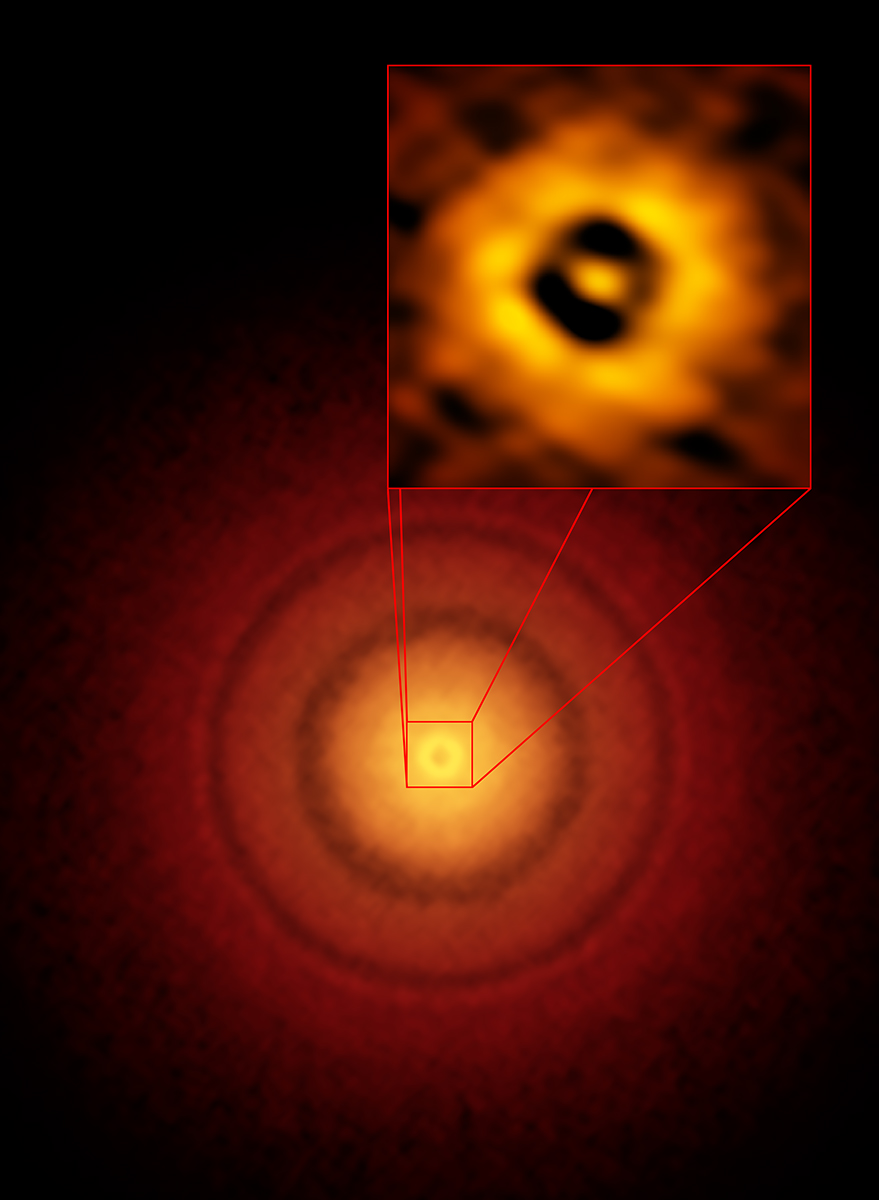 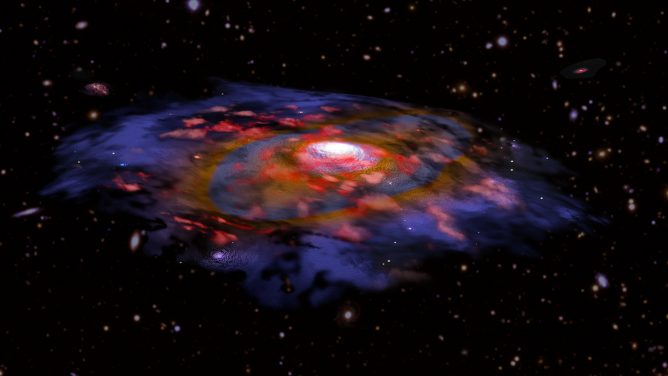 Galaxies in the Infant Universe were Surprisingly Mature 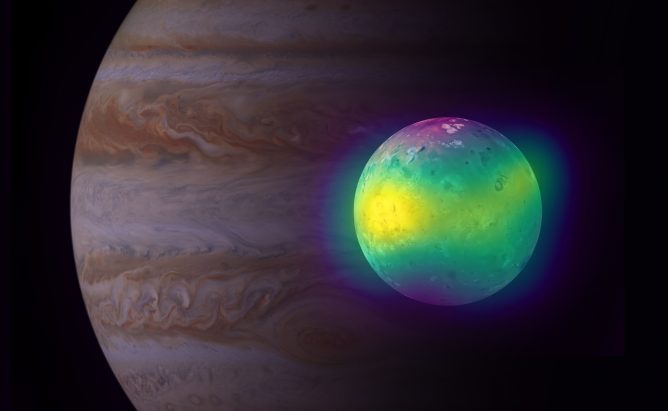 Status of the ALMA recovery process

A newly and better processed version of data on planet Venus, collected with the Atacama Large Millimeter/submillimeter…