TOP
News
Band 10 Team won the Commendation for Science and Technology by MEX ...

ALMA is designed to receive radio waves from 31 GHz to 950 GHz with 10 types of receivers from Band 1 through Band 10. The Band 10 receiver, covering the highest terahertz frequency range from 787 GHz (0.787 THz) to 950 GHz (0.95 THz), is developed and manufactured by NAOJ. In general, receivers for millimeter-wave radio telescopes are adopting superconductive technology, but the performance of a conventional superconductor did not meet the specifications required for the Band 10 receivers at the highest frequency. Although there are some receivers covering the same frequency range, which are manufactured by universities and research institutes in Europe and North America, but any of them could not satisfy the rigorous requirements of ALMA. In this situation, the Band 10 development team, led by Yoshinori Uzawa (Associate Professor at the NAOJ Advanced Technology Center), has developed an ultrasensitive mixer made of superconducting niobium nitride materials in collaboration with the National Institute of Information and Communications Technology (NICT). The receiver using the superconducting mixer showed remarkably improved performance compared to those ever developed for the same frequency band, and finally meet the specifications required for the installation into ALMA. Consequently, they succeeded in developing the world’s-highest-performance terahertz receiver, which led to the Commendation for Science and Technology by MEXT this time.

The Band 10 team leader Uzawa says, “I have devoted myself to the research of the niobium nitride superconducting mixer over the nearly two decades. I am really glad that the results of the longtime research have been applied to ALMA which is the largest-ever global project in the field of radio astronomy and we could accept this surprising award. I would like to thank the many people for having supported our effort over the years. I hope that I could make some small contribution to the advancement of astronomy while continuously doing our best for the completion of ALMA and challenging new research and development.”

The Band 10 development team is carrying on further technical development as well as production of receivers for ALMA.

The newly-developed technology for the Band 10 receiver is expected to be applied not only to astronomical instruments like ALMA but also to a wide variety of fields. Specifically, in the fields of medicine, chemistry, and biology, the terahertz wave has been attracting attention as a new imaging tool at a wavelength between radio wave and infrared ray. 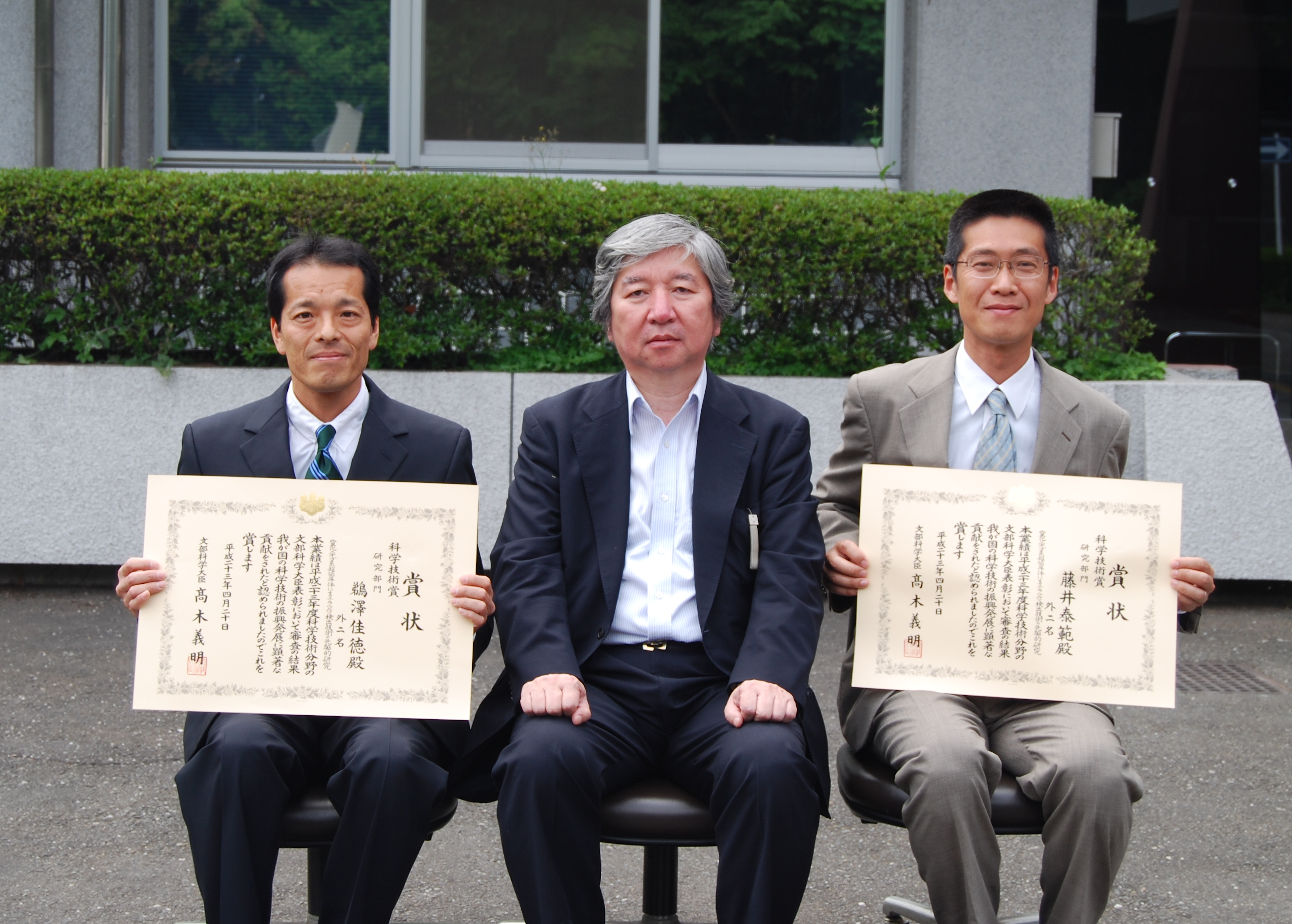