Researchers using the Atacama Large Millimeter/submillimeter Array (ALMA), have for the first time, achieved a precise size measurement of small dust particles around a young star through radio-wave polarization. ALMA’s high sensitivity for detecting polarized radio waves made possible this important step in tracing the formation of planets around young stars. 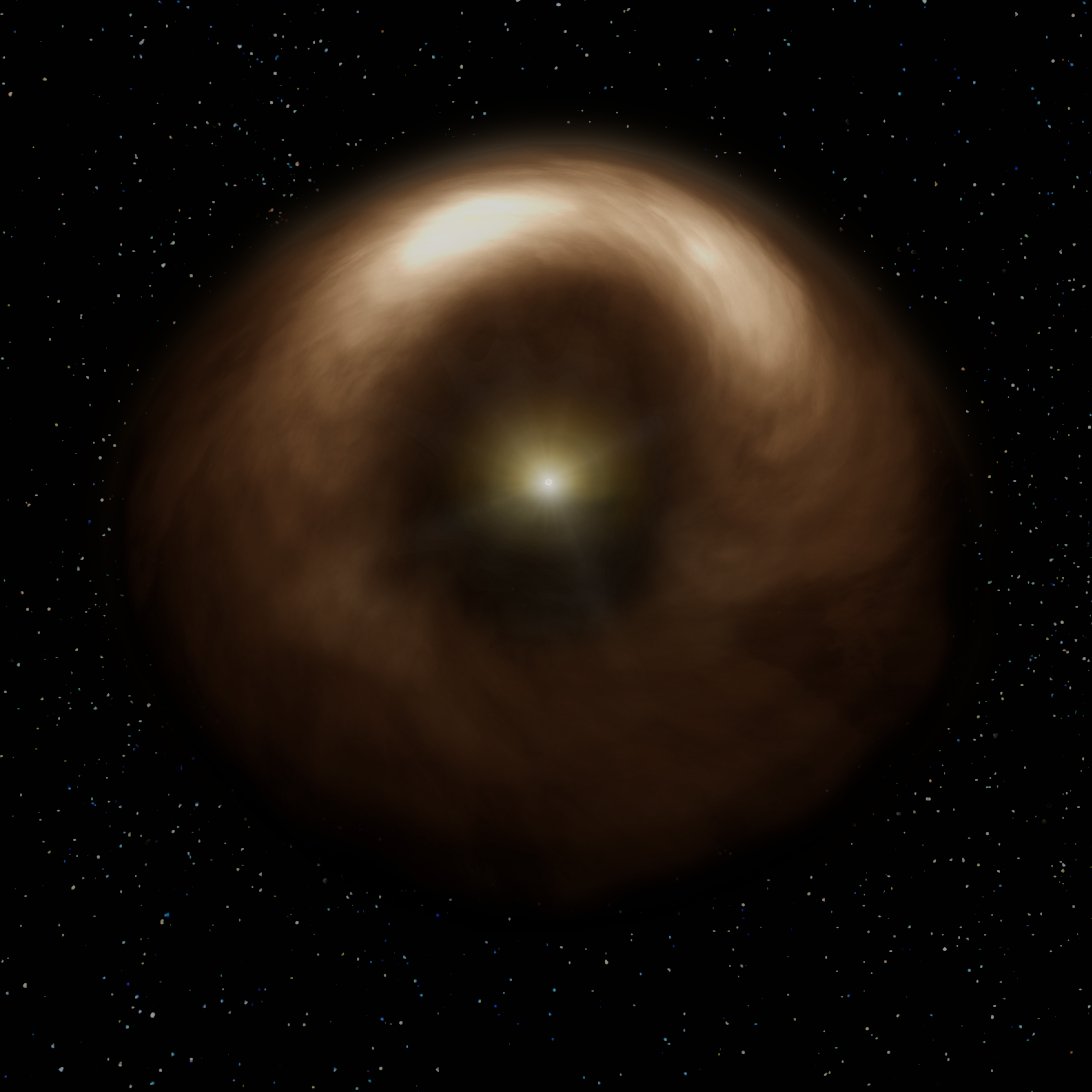 Figure 1. Artist’s impression of a dust ring around the young star HD 142527. Dust around the star has an asymmetric distribution.
Credit: NAOJ

Astronomers have believed that planets are formed from gas and dust particles, although the details of the process have been veiled. One of the major enigmas is how dust particles as small as 1 micrometer aggregate to form a rocky planet with a diameter of 10 thousand kilometers. Difficulty in measuring the size of dust particles has prevented astronomers from tracing the process of dust growth.

Akimasa Kataoka, a Humboldt Research Fellow stationed at Heidelberg University and the National Astronomical Observatory of Japan, tackled this problem. He and his collaborators have theoretically predicted that, around a young star radio waves scattered by the dust particles should carry unique polarization features. He also noticed that the intensity of polarized emissions allows us to estimate the size of dust particles far better than other methods. 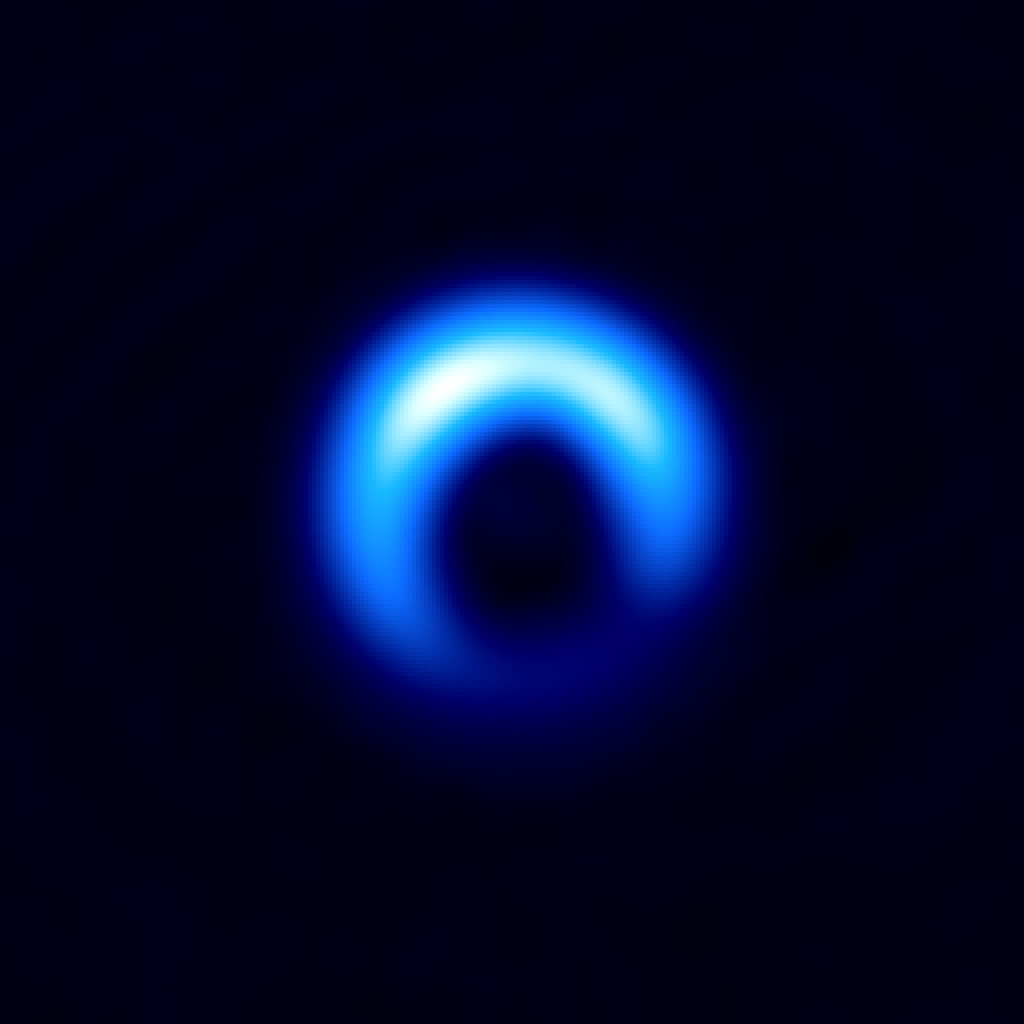 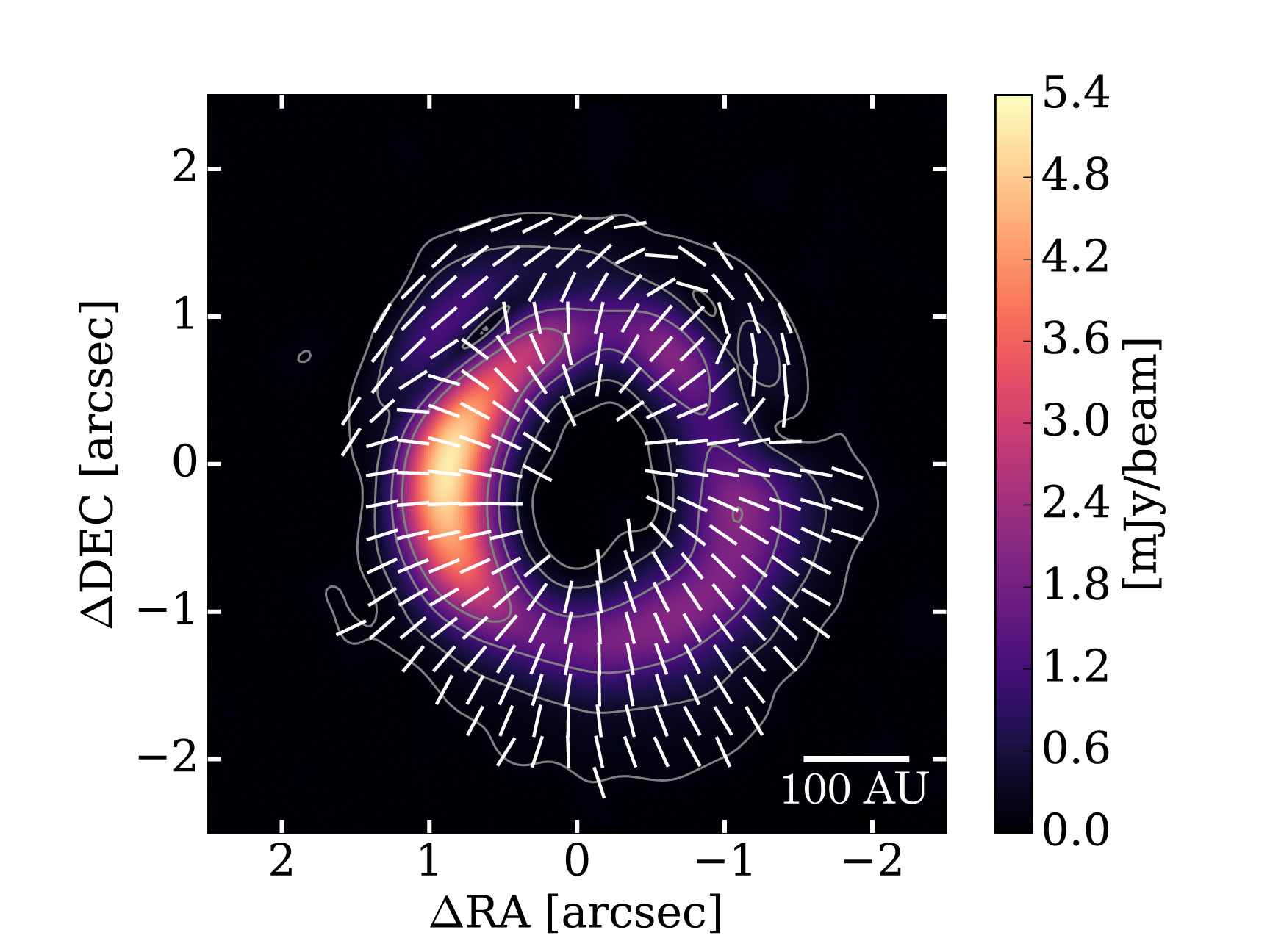 Comparing the observed intensity of the polarized emissions with the theoretical prediction, they determined that the size of the dust particles is at most 150 micrometers. This is the first estimation of the dust size based on polarization. Surprisingly, this estimated size is more than 10 times smaller than previously thought.

“In the previous studies, astronomers have estimated the size based on radio emissions assuming hypothetical spherical dust particles,” explains Kataoka. “In our study, we observed the scattered radio waves through polarization, which carries independent information from the thermal dust emission. Such a big difference in the estimated size of dust particles implies that the previous assumption might be wrong.”

The team’s idea to solve this inconsistency is to consider fluffy, complex-shaped dust particles, not simple spherical dust [2]. In the macroscopic view, such particles are indeed large, but in the microscopic view, each small part of a large dust particle scatters radio waves and produces unique polarization features. According to the present study, astronomers obtain these “microscopic” features through polarization observations. This idea might prompt astronomers to reconsider the previous interpretation of observational data.

“The polarization fraction of radio waves from the dust disk around HD 142527 is only a few percent. Thanks to ALMA’s high sensitivity, we have detected such a tiny signal to derive information about the size and shape of the dust particles,” said Kataoka. “This is the very first step in the research on dust evolution with polarimetry, and I believe the future progress will be full of excitement.”

[1] HD 142527 is located 500 light-years away from us, in the direction of the constellation Lupus, the Wolf. The age of the star is estimated to be 5 million years old and its mass twice that of the Sun. HD 142527 is a popular target among astronomers to study planet formation and several findings about it have previously been reported from ALMA (for example, “ALMA Discovers a Formation Site of a Giant Planetary System”) and the Subaru Telescope (for example, “Diversity the Norm in Protoplanetary Disks: Astronomers Find Donuts, Spirals and Now Banana Splits”).

[2] Prior to the ALMA observations, Kataoka had propounded fluffy dust particles around young stars. Such particles are not only favored to explain ALMA’s observational results, but also help overcome other big problems in the dust aggregation process. For details, see the press release “The seeds of planets are fluffy” issued in 2013.

These observation results were published as Kataoka et al. “Millimeter Polarization Observation of the Protoplanetary Disk around HD 142527” in the Astrophysical Journal Letters in November 2016.