Astronomers discovered a nest of monstrous baby galaxies 11.5 billion light-years away using the Atacama Large Millimeter/submillimeter Array (ALMA). The young galaxies seem to reside at the junction of gigantic filaments in a web of dark matter. These findings are important for understanding how monstrous galaxies like these are formed and how they evolve in to huge elliptical galaxies.

We are living in a relatively quiet period in the history of the Universe. Ten billion years ago, long before the Sun and Earth were formed, areas of the Universe were inhabited by monstrous galaxies with star formation rates hundreds or thousands of times what we observe today in the Milky Way galaxy. There aren’t any monstrous galaxies left in the modern Universe, but astronomers believe that these young galaxies matured into giant elliptical galaxies which are seen in the modern Universe.

Current galaxy formation theories predict that these monstrous galaxies form in special environments where dark matter is concentrated. But up until now it has been difficult to determine the positions of active star forming galaxies with enough precision to actually test this prediction. Part of the problem is that monstrous star-forming galaxies are often obscured in dust, making them difficult to observe in visible light. Dusty galaxies do emit strong radio waves with submillimeter wavelengths, but radio telescopes typically have not had the resolution needed to pin-point individual galaxies.

To search for monstrous galaxies, the research team led by Hideki Umehata (a postdoctoral fellow of the Japan Society for the Promotion of Science staying at the European Southern Observatory, Germany), Yoichi Tamura (an assistant professor at the University of Tokyo), and Kotaro Kohno (a professor at the University of Tokyo) used ALMA to make extensive observations of a small part of the sky called SSA22 in the constellation Aquarius (the Water-Bearer).

Before their ALMA observations, the team searched for baby galaxies in SSA22 with ASTE, a 10-m submillimeter telescope operated by NAOJ. While the sensitivity and resolution was not sufficient to be sure, in the ASTE images they could see indications that there might be a cluster of monstrous galaxies. With ten times better sensitivity and 60 times better resolution, ALMA enabled astronomers to pinpoint the locations of nine monstrous galaxies in SSA22.

Fig. 1 Example of Monstrous Galaxies. On the left is the image taken at sub-millimeter wavelengths with ASTE. It looks like there is one bright monstrous galaxy. In the center is an image taken at the same sub-millimeter wavelengths, but this time using the new radio telescope facility ALMA. With 60 times better resolution and 10 times better sensitivity, we can see that actually there are 3 monstrous galaxies close together. On the right is the same region photographed in visible light by the Subaru Telescope. We can see that not all of the monstrous galaxies show up in this picture, or at the least that some of them must be very faint.
Credit: ALMA (ESO/NAOJ/NRAO), NAOJ, H. Umehata (The University of Tokyo)

The team compared the positions of these galaxies with the location of a cluster of young galaxies 11.5 billion light-years from Earth in SSA22 which had been studied in visible light by the Subaru Telescope, operated by the National Astronomical Observatory of Japan (NAOJ). The shape of the cluster observed by the Subaru Telescope indicates the presence of a huge 3D web of invisible dark matter. This dark matter filamentary structure is thought to be a progenitor of large scale structures in the Universe. One of the best known examples of large scale structure in the modern Universe is the cosmic Great Wall, a gigantic filamentary structure spanning over 500 million light-years. The filamentary structure in SSA22 could be called a proto-Great Wall. 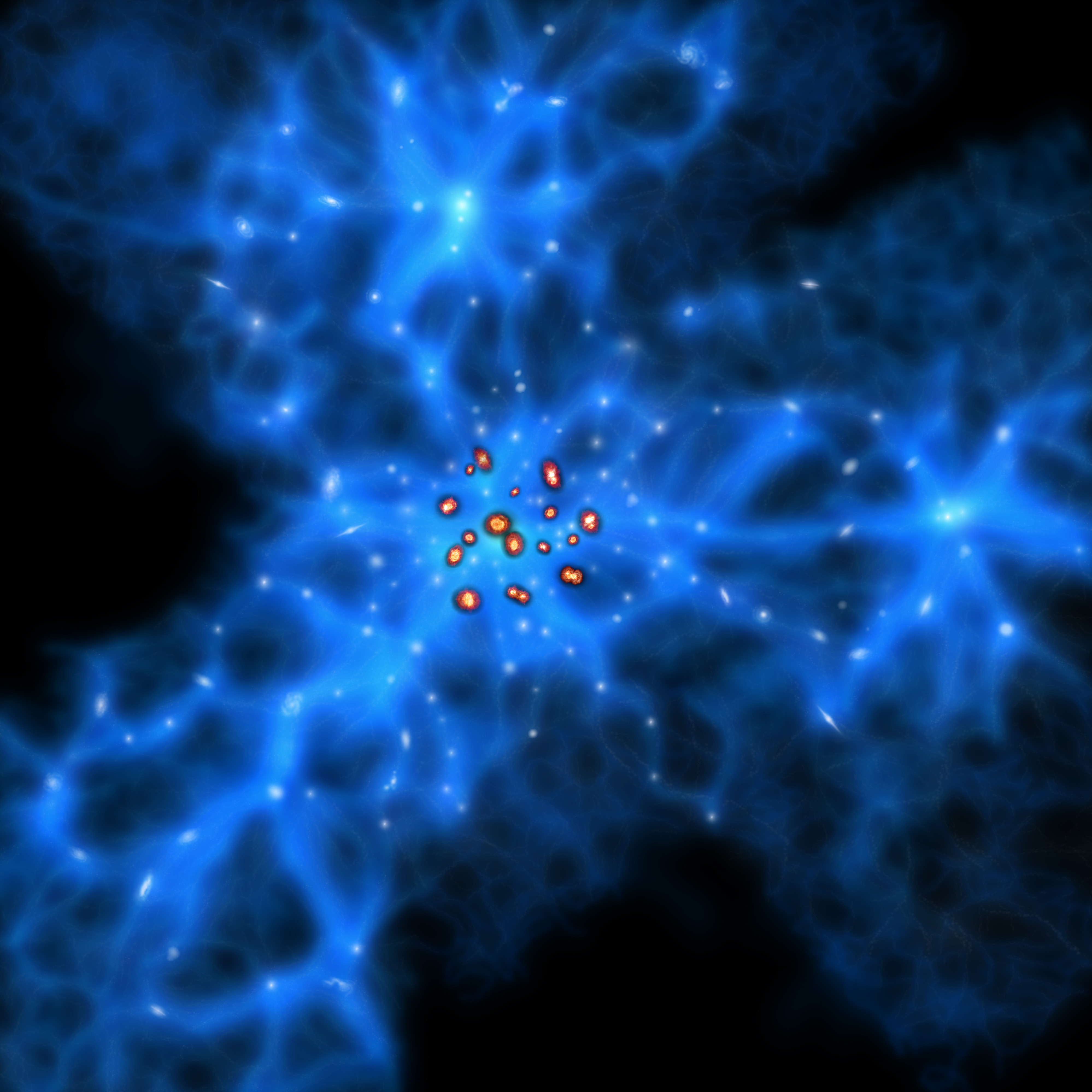 Fig. 2. A visualization of the proto-Great Wall and monstrous galaxies. Monstrous galaxies are thought to preferentially be born at the centers of the web like structures formed by young galaxies. Credit: ALMA (ESO/NAOJ/NRAO)

This result is a very important step for a comprehensive understanding of the relation between the dark matter distribution and monstrous galaxies. The team will continue its extensive search for monstrous galaxies to look back even farther into the early history of the Universe to study the evolution of the large scale structure.

This observation result was published as Umehata et al. “ALMA Deep Field in SSA22: A concentration of dusty starbursts in a z=3.09 protocluster core” in the Astrophysical Journal Letters, issued on December 4, 2015.

This press release was issued by The University of Tokyo on December 5th, 2015 in Japanese. English version is translated by the National Astronomical Observatory of Japan. 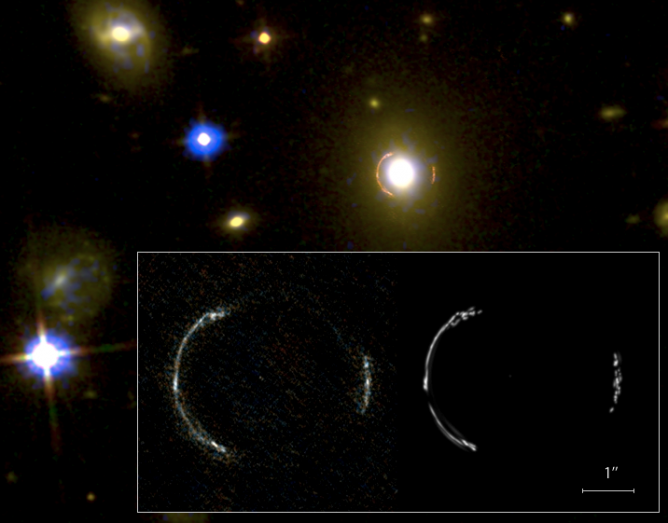 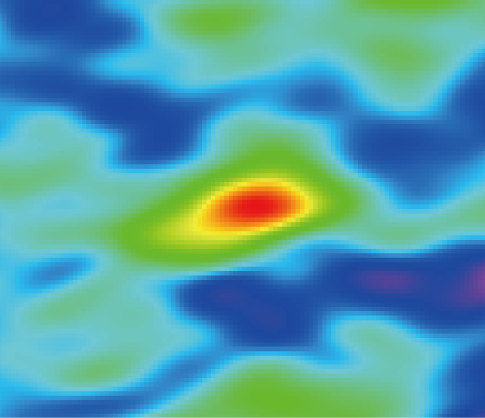