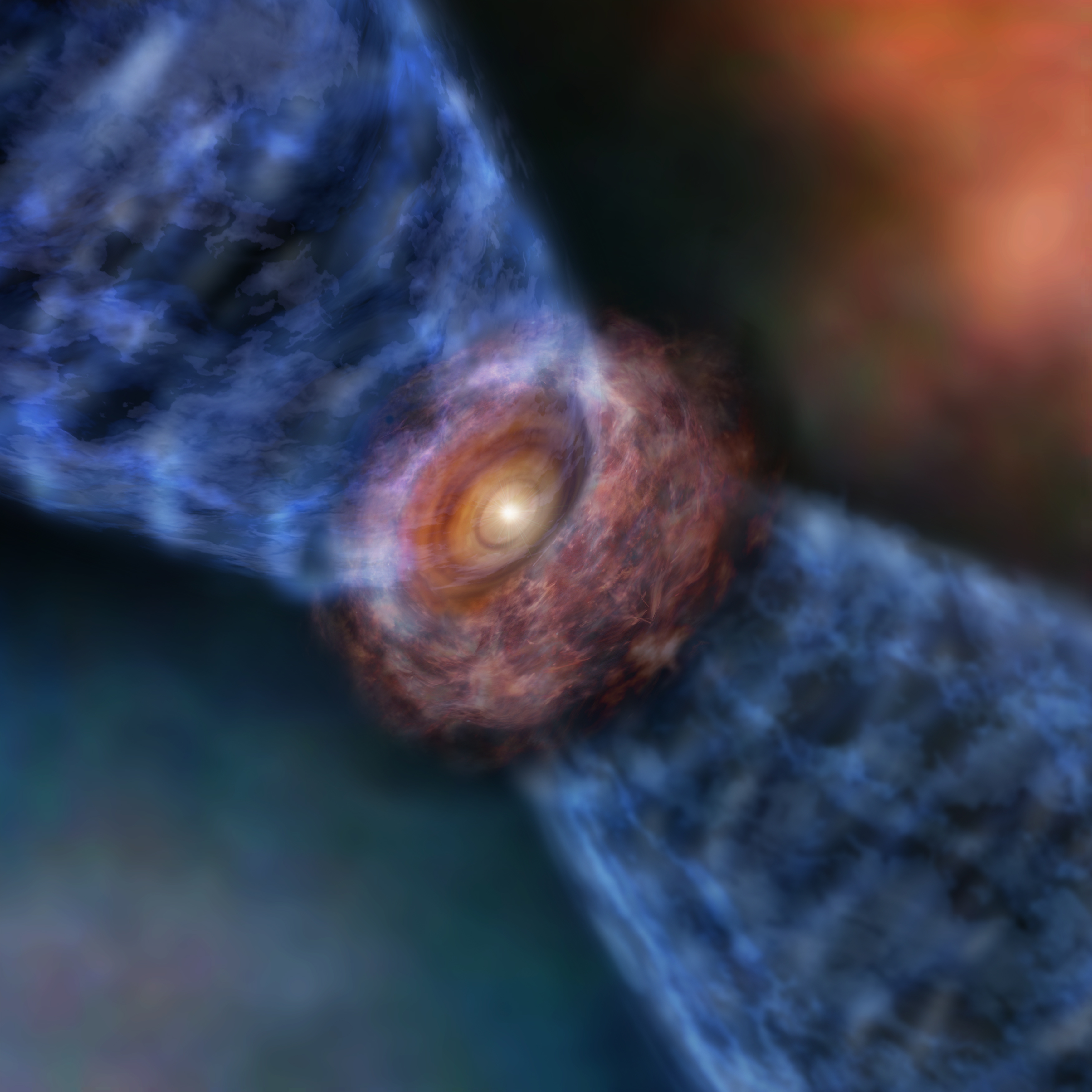 An international research team led by a Japanese astronomer has determined how the enigmatic gas flow from a massive baby star is launched. The team used the Atacama Large Millimeter/submillimeter Array (ALMA) to observe the baby star and obtained clear evidence of rotation in the outflow. The motion and the shape of the outflow indicate that the interplay of centrifugal and magnetic forces in a disk surrounding the star plays a crucial role in the star’s birth cry.
share
tweet 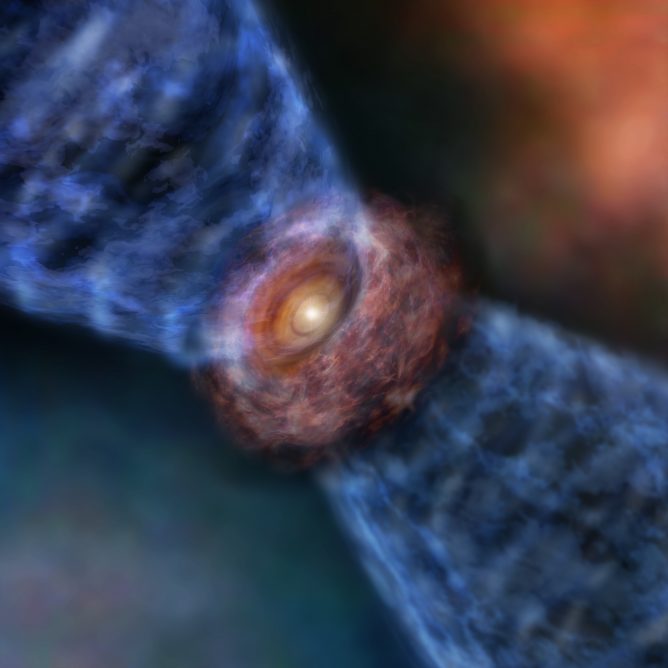 Figure 1. Artist’s impression of Orion KL Source I. The massive protostar is surrounded by a disk of gas and dust. The outflow is launched from the surface of the outer disk. Credit: ALMA (ESO/NAOJ/NRAO)

Stars form from gas and dust floating in interstellar space. But, astronomers do not yet fully understand how it is possible to form the massive stars seen in space. One key issue is gas rotation. The parent cloud rotates slowly in the initial stage and the rotation becomes faster as the cloud shrinks due to self-gravity. Stars formed in such a process should have very rapid rotation, but this is not the case. The stars observed in the Universe rotate more slowly.

How is the rotational momentum dissipated? One possible scenario involves that the gas emanating from baby stars. If the gas outflow rotates, it can carry rotational momentum away from the system. Astronomers have tried to detect the rotation of the outflow to test this scenario and understand its launching mechanism. In a few cases signatures of rotation have been found, but it has been difficult to resolve clearly, especially around massive baby stars.

The team of astronomers led by Tomoya Hirota, an assistant professor at the National Astronomical Observatory of Japan (NAOJ) and SOKENDAI (the Graduate University for Advanced Studies) observed a massive baby star called Orion KL Source I in the famous Orion Nebula, located 1,400 light-years away from the Earth. The Orion Nebula is the closest massive-star forming region to Earth. Thanks to its close vicinity and ALMA’s advanced capabilities, the team was able to reveal the nature of the outflow from Source I.

“We have clearly imaged the rotation of the outflow,” said Hirota, the lead author of the research paper published in the journal Nature Astronomy. “In addition, the result gives us important insight into the launching mechanism of the outflow.” 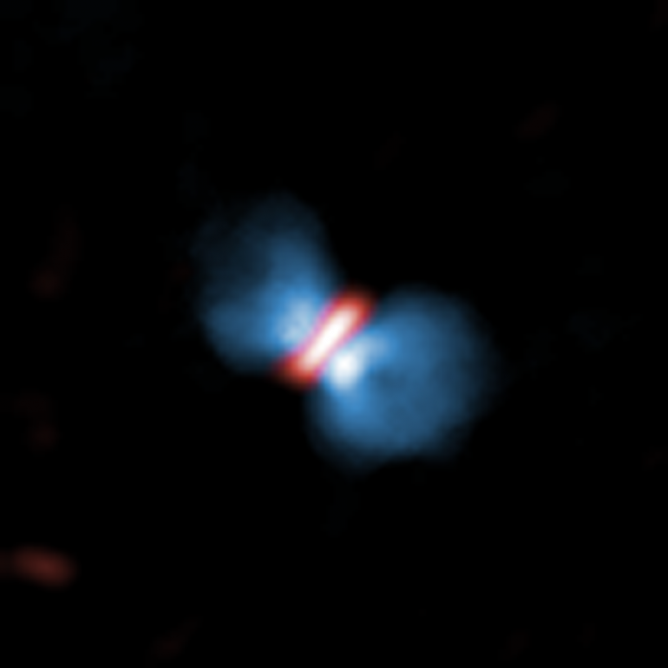 Figure 2. Orion KL Source I observed with ALMA. The massive protostar is located in the center and surrounded by a gas disk (red). A bipolar gas outflow is ejected from the protostar (blue). Credit: ALMA (ESO/NAOJ/NRAO), Hirota et al. 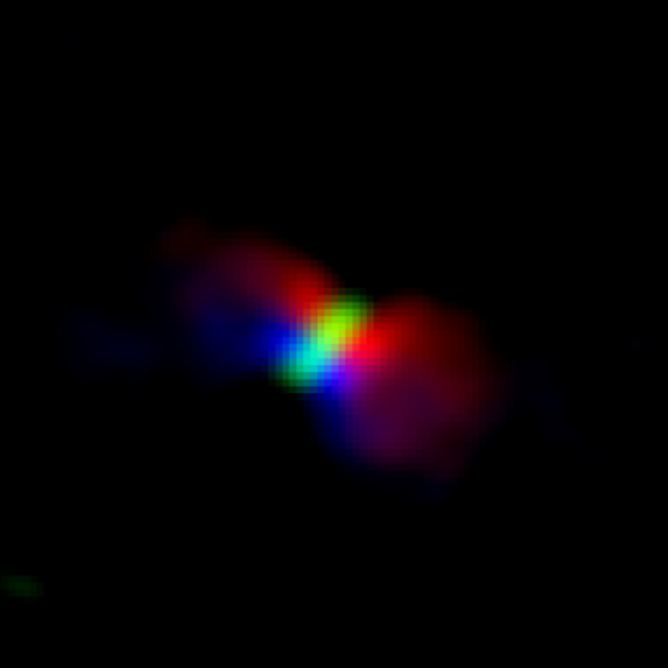 Figure 3. The rotation of the outflow from Orion KL Source I imaged with ALMA. The color shows the motion of the gas; red shows gas moving away from us, whereas blue shows gas moving toward us. The disk is shown in white. Credit: ALMA (ESO/NAOJ/NRAO), Hirota et al.

The new ALMA observations beautifully illustrate the rotation of the outflow. The outflow rotates in the same direction as the gas disk surrounding the star. This strongly supports the idea that the outflow plays an important role in dissipating the rotational energy.

Furthermore, ALMA clearly shows that the outflow is launched not from the vicinity of the baby star itself, but rather from the outer edge of the disk. This morphology agrees well with the “magnetocentrifugal disk wind model.” In this model, gas in the rotating disk moves outward due to the centrifugal force and then moves upward along the magnetic field lines to form outflows. Although previous observations with ALMA have found supporting evidence around a low-mass protostar, there was little compelling evidence around massive protostars because most of the massive-star forming regions are rather distant and difficult to investigate in detail.

“In addition to high sensitivity and fidelity, high resolution submillimeter-wave observation is essential to our study, which ALMA made possible for the first time. Submillimeter waves are a unique diagnostic tool for the dense innermost region of the outflow, and at that exact place we detected the rotation,” explained Hirota. “ALMA’s resolution will become even higher in the future. We would like to observe other objects to improve our understanding of the launching mechanism of outflows and the formation scenario of massive stars with the assistance of theoretical research.”

Note. ALMA also clearly imaged the rotation of a gas jet from a low-mass protostar. Please read the press release “Baby Star Spits a “Spinning Jet” As It Munches Down on a “Space Hamburger””.

Paper and research team
These observation results were published as Hirota et al. “Disk-Driven Rotating Bipolar Outflow in Orion Source I” in Nature Astronomy on June 12, 2017. 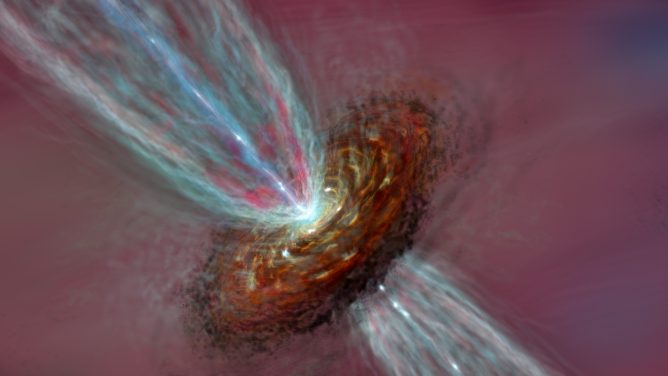 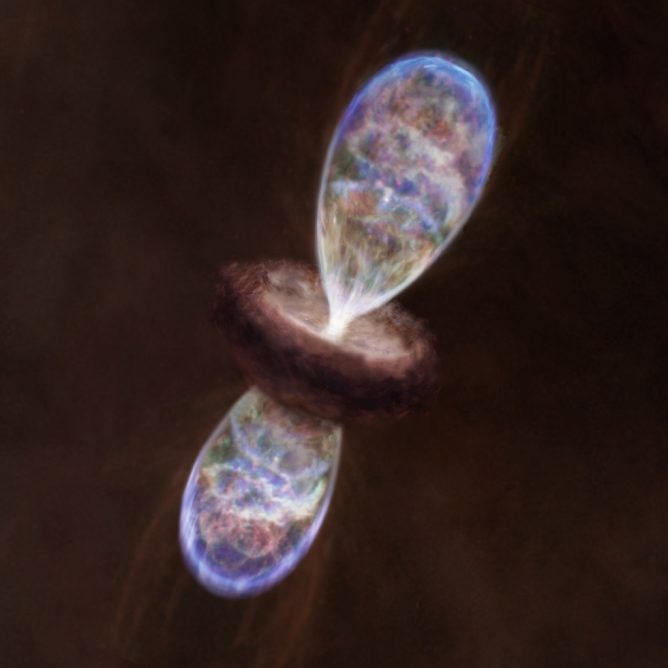