A ceremony for the 2018 NAOJ Director General’s Awards was held at NAOJ Mitaka Campus on July 30th, 2018. This year, the two awards were given for remarkable achievements related to ALMA activities at NAOJ. The details of the recipients are as follows. 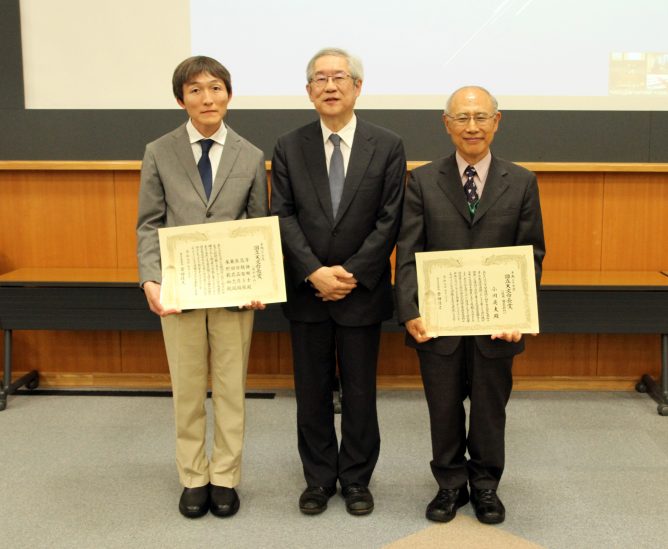 Winners of the 2018 NAOJ Director General’s Award: Hideo Ogawa (right), a visiting professor at Osaka Prefecture University; and Tsuyoshi Sawada (left), an assistant professor at NAOJ, who received a certificate of award on behalf of the NAOJ international staff members of the Joint ALMA Observatory; together with NAOJ Director General Saku Tsuneta (middle). Credit: NAOJ

[Technology and Development Category]
Award Winner:
Hideo Ogawa (visiting professor at Osaka Prefecture University)
Awarded for :
Contribution to NAOJ through the development of the millimeter/submillimeter receivers

The award in the Technology and Development Category was given to Hideo Ogawa for the successful development of receivers to detect radio waves collected by antennas as part of an interferometer, and convert them into electrical signals. Since radio waves coming from the universe are very weak, many radio telescopes are equipped with high-precision receivers employing superconducting technology, which are not commercially available and thus need to be developed by research institutes or universities in collaboration with industries. Ogawa made major contributions not only to the technical development of receivers installed in ALMA and other radio telescopes operated by NAOJ, but also to the human resources development of many researchers and engineers who are now playing key roles in the field of radio astronomy at NAOJ. The award was given to Ogawa for his significant and admirable contributions to the advancement of NAOJ as well as the Japanese astronomy. 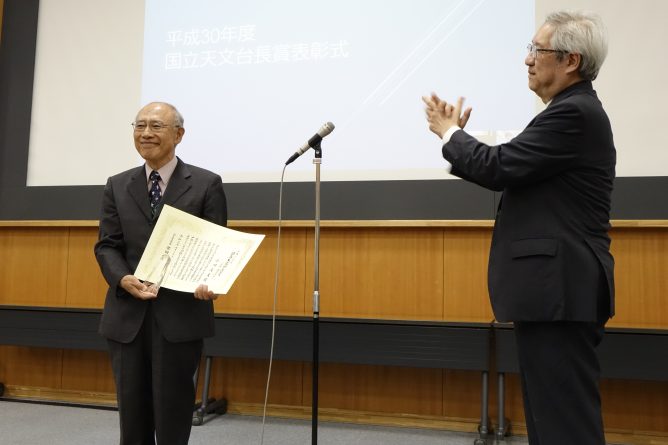 The Joint ALMA Observatory (JAO) was established in Chile to carry out onsite operations of ALMA in global partnership. The JAO consists not only of astronomers from partner countries, but also of engineers and administrative staff. Sawada, Takahashi, and Hirota are astronomers working at the JAO, who took initiatives in science verification/system verification activities of ALMA (activities to improve the performance of ALMA through test observations and verify and evaluate that the required performance is being achieved), while Mizuno, as the Head of the ALMA Department of Engineering (ADE), and Okuda, as an international staff member of the ADE, played important roles in implementing day-to-day ALMA observations., played important roles in implementing day-to-day ALMA observations. Each of the five awardees made outstanding contributions in the transition into full-fledged operations of ALMA. The NAOJ Director General’s Award was given for their dedicated efforts on the frontline of ALMA operations, which contributed to improving international presence of NAOJ and Japanese researchers. 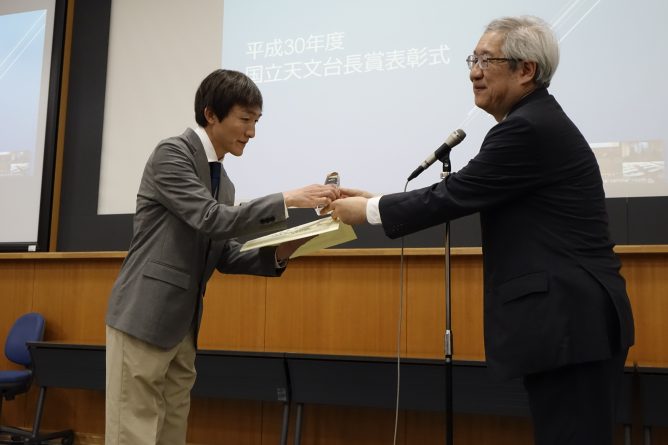 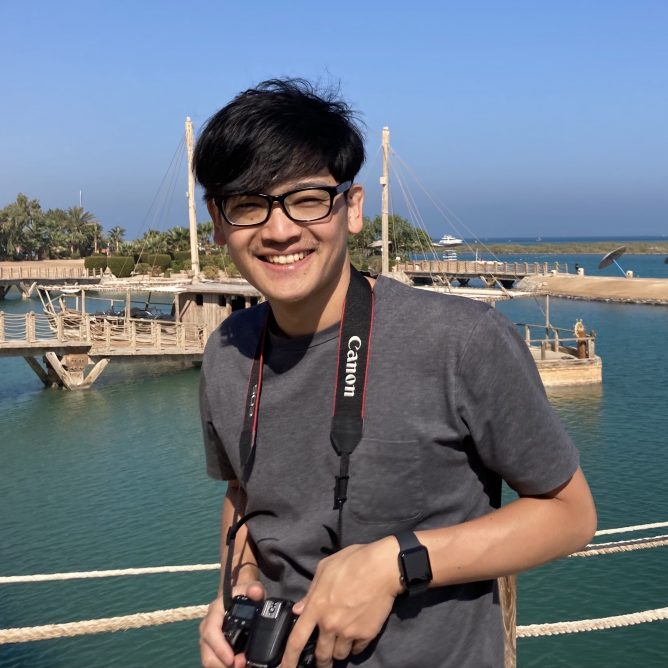