Published in the October 2010 issue of NAOJ News (monthly newsletter)

I have experienced many “first moments” through my software development work. In Hawaii, I saw the first driving of Subaru Telescope from the control room, first spectrum, and first image produced by Subaru. And after years in Chile, I saw the first driving of the first IZAYOI or ACA (Atacama Compact Array) antenna from the control room; successful first spectrum of IZAYOI with testing equipment, and first synchronous driving of four antennas. Above all, the most impressive moment was the moment when the telescope first “moved” or in other words, the moment when the telescope or an antenna, which was no more than a mere big object, suddenly became something that can be controlled (Figure1). 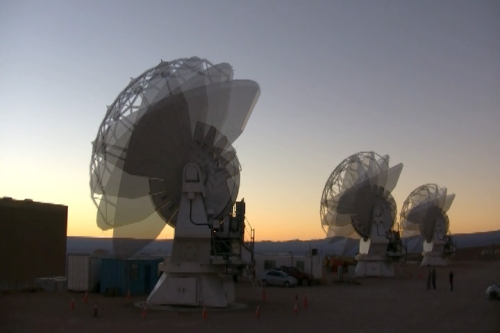 Figure 1: Multi-exposure photo of the line dancing of the Atacama Compact Array (ACA or IZAYOI) at the Operations Support Facility (OSF).

During the start-up of the telescope, I was in the middle of raising children. Since I was having hard time with my naughty kids, I felt a kind of attachment for the telescope moving properly according to my instructions. Figure 2 shows the letters written by an IZAYOI antenna directed to Jupiter and moved to draw lines of “ACA” with a shutter of an optical telescope attached to the antenna opened for about 10 seconds. The size of an ellipse in the middle of the photo is equivalent to that of Jupiter. You can see in this photo the excellent continuous driving accuracy that allows beautiful drawing of smooth curve lines and outstanding acceleration performance that enables high-speed drawing without trajectory between letters. This is the ability of IZAYOI. While the performance limit of equipment is determined by hardware, its actual capability and function as an integrated system depends on software. Taking weaving as an analogy, each component or hardware is the warp, while software is the weft to systematically connect separate apparatuses. 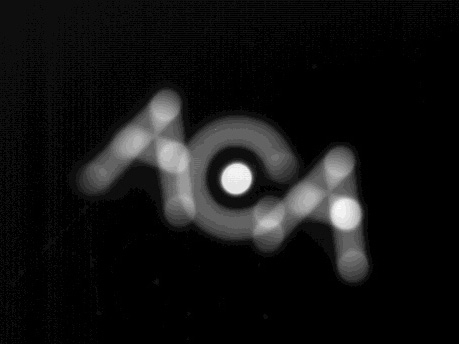 Figure 2: Letters “ACA” drawn with a long-time integration (exposure) while observing Jupiter with the optical telescope attached to the main reflector of the ACA antenna.

The ALMA software system is used for a wide range of purposes: antenna control, observation control, data analysis, observatory operation, and others. Its development is shared by the National Astronomical Observatory of Japan (NAOJ), the U.S. National Radio Astronomy Observatory (NRAO), and the European Southern Observatory (ESO) in collaboration with other partner institutions all over the world. And more specifically, the development works are divided into about 15 functions, each of which is assumed by a small group of several people working in the same location. For this reason, some Japanese researchers stayed in foreign countries over a period of years for some items under development overseas. Currently, there are more than 10 development centers for the ALMA software system in various countries (including Chile) in four continents around the world. To maintain communication under this dispersed development environment, we hold regular teleconferences to share the progress and make development plans. This is important, but really “arduous” for us in Japan, because teleconferences are usually arranged in a time convenient for most of the participants around the world; in the dead of night in Japan. I was always struggling against sleepiness while hearing English discussions with various accents like a lullaby.

At present (as of October 2010), there are 14 members in the NAOJ ALMA computing team: Manabu Watanabe, Takayuki Matsui, Kyoko Ashitagawa, and Kyoko Nakamura for the control of the antenna/correlator and commissioning and testing of the control software; Takeshi Nakazato, Kanako Sugimoto, and Wataru Kawasaki for the development of the Common Astronomy Software Applications (CASA) and the analysis pipeline; Hiroshi Yatagai for the development of the observing preparation software; Eisuke Morita, Panta Bhola Raj, and Andy Chen for the development of archiving/search function of a large database to which 20-tera-byte data from ALMA are added annually; new members from October 1, Kohji Nakamura and Shinnosuke Kawakami; and Fujitsu engineers for the joint development of the correlator control software. The NAOJ ALMA computing team has grown under the leadership of Koh-Ichiro Morita and Ken’ichi Tatematsu. Carrying out their will, the team is continuously proceeding to be a team not only for the ALMA project but also for the entire NAOJ which involves many other projects. Like the weft which is interlaced through the warp, our computing team will laterally connect various NAOJ projects.