Published in the August 2011 issue of NAOJ News (monthly newsletter)

On July 28, 2011, the 16th antenna was installed at the Array Operations Site (AOS) at 5000 m asl. 16 is one quarter of 66 (the complete number of antennas), which is the number required for the Early Science Operations. ALMA will achieve the world’s highest performance ever recorded even before its completion with 16 antennas. In the Early Scientific Operation phase, the commissioning and the scientific observations will be carried out in parallel. The ultimate radio telescope ALMA will start its operations soon. 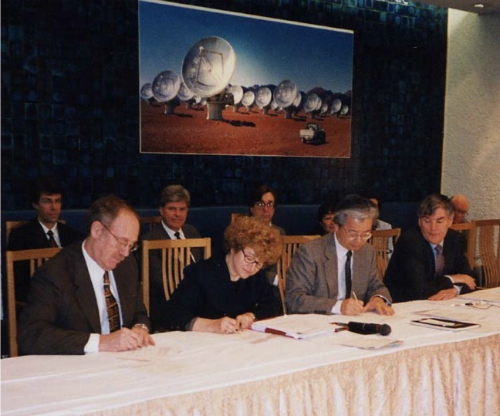 Figure 1: The Trilateral Agreement for the joint construction of ALMA was signed by representatives of Japan, Europe, and North America at the ALMA Coordination Committee meeting (From left: Robert Eisenstein (NSF) Cetherine Cesarsky (ESO); and Norio Kaifu (NAOJ))

● Handover of the Japanese 12-m antenna as the first ALMA antenna
One of the most impressive milestones for the Japanese team during the construction was the handover of a Japanese 12-m antenna to the Joint ALMA Observatory (JAO) as the first ALMA antenna. The ALMA antennas undergo various tests at the Operations Support Facility (OSF) at 2900 m asl to confirm that they meet the technical requirements to be operational in harsh conditions at 5000 m such as strong wind and temperature variations. The ALMA antennas are handed over to the JAO after passing all the verification tests on site at a high altitude.

This handover of the first Japanese 12-m antenna coincided with a transportation test of the antenna. In the test, a Japanese 12-m antenna was loaded on a special vehicle called “transporter” and made a test run within the OSF. The transporter carrying the antenna started from the NAOJ area at the OSF, took a sharp curve at the entrance gate and successfully drove up a slope of up to 10% at a maximum speed of 5 km per hour.

The transporter is a big structure of 10 m wide and 18 m long, but has ability to turn in a small radius with pairs of 14 tires which can be steered independently. The Japanese 12-m antenna is an ultra-precision instrument weighing about 100 tons. To carry it safely without affecting its performance, the antenna needs to be kept away from excessive external pressure at all times during the transport. We tested very carefully all the steps involving the transport, such as loading of the antenna on the transporter, lifting of the antenna, driving across flatlands, driving up/down slopes, and installation of the antenna. In addition to these, we conducted many evaluation tests and reviews before the handover to the JAO, including five tests by teleconference and several tests on site at the OSF, two two-day face-to-face reviews in Santiago, Chile, in June and December, and the final face-to-face review in December where the handover to the JAO was officially approved. 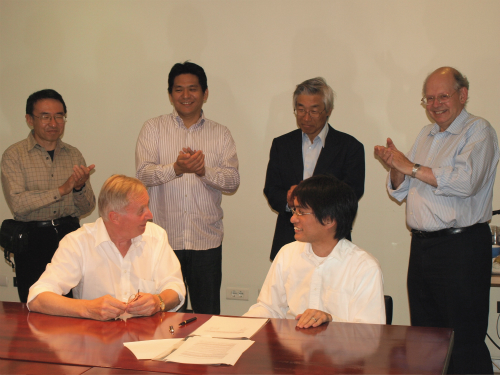 Figure 2: Signing ceremony for the acceptance of a Japanese antenna as the first ALMA antenna.

I think these are the result of the persistent efforts of all of the NAOJ ALMA staff members, especially those of the antenna team, receiver team, computing team, and system science team, and also the staff members engaged in safety, product assurance, logistics, and translation who translated thousands of pages of technical documents into English.

● Conclusion
Now we are at the final stage of the construction phase. We will complete this big task and achieve our ultimate goal by bringing together the efforts of all NAOJ ALMA staff members.