Published in the September 2012 issue of NAOJ News (monthly newsletter) 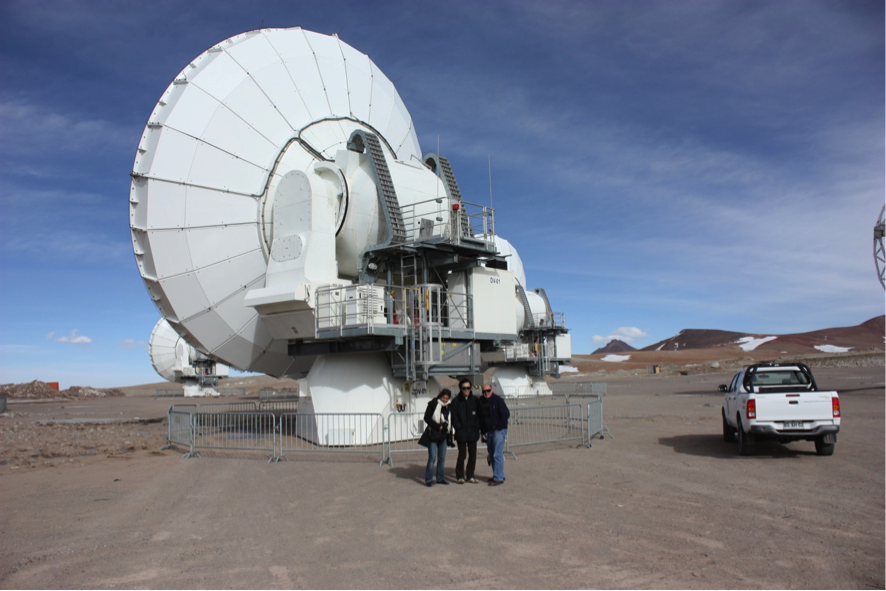 Photo 1: With Richard Hills at the AOS.

* ALMA's Third Eye
As you know, ALMA is a radio telescope to detect radio waves from the universe. More specifically, ALMA is a telescope that can recognize "strength" and "color" of radio waves. In addition to these, ALMA has a third eye, a function to detect "polarization" of radio waves. ALMA has already started its early science operations, but in fact it hasn't revealed yet its third eye, the polarization observation. My mission is to put the polarization observation into operation.

* Frontline of Science Verification
Science verification for polarization observations is rather different from that explained in the articles No. 11 and 12. We have special campaign periods to collect polarization data in a focused manner several times a year. "Polarization Observation Team" led by an American team and me takes part in the campaign and conducts evaluation activities in cooperation with local staff. From the fall of 2012, Kouichiro Nakanishi, an assistant professor at NAOJ, became a person in charge of polarization observation in Chile. During the campaign periods, three to four staff members stay at the Operations Support Facility (OSF) for planning of calibration methods, development of observation plans, and data analysis.

Working on the frontlines of science verification is very exciting. Richard Hills, a project scientist at the Joint ALMA Observatory (JAO), gives us precise instructions as field manager and comes up with various unique ideas. I have a lot to learn from his ageless vitality. Working at the OSF is very hard and sometimes exhausting, but I can pull myself together when I see his enthusiasm. He occasionally goes to the Array Operations Site (AOS) to install new equipment. He joyfully comes back to the OSF, and peers into the screen with a smile saying, "Let's start an observation and see what we expect." Ed Fomalont (presumed to be around 70 years old) is a member of the American team. He is like a walking encyclopedia of radio astronomy; he was a member of the VLA and VLBA projects from the beginning of construction and also had worked with the Nobeyama Radio Observatory and the VSOP project in Japan. He analyzes observation data for himself and spots problems accurately. Having an opportunity to work with these renowned astronomers would be one of the best parts of ALMA.

* Amusements in Chile
As mentioned earlier, working on site is very exciting but not free from difficulty. I sometimes feel tired in this international working environment with the language barrier and cultural differences. Lack of amusements while staying at the OSF adds to the stress. After finishing the OSF shiftwork and returning in Santiago, the first thing I do is to have good wine (because alcohol intake at the ALMA site is strictly prohibited). Since my duty station is in Mitaka, Tokyo, and my visit to Chile is on a business trip basis, I might have less difficulty compared to those transferred to Chile, but I always become totally burned out after finishing the OSF shiftwork. I respect my colleagues living in Chile and engaged in regular shiftwork at the high site. Getting back to wine, Chile is famous for its delicious but inexpensive wine. We can have good wine for only five dollars. In my day off after returning from the OSF, I enjoy wine to release stress. In particular, my favorite Chilean red wine is "carmenere" a kind of grapes which is grown almost exclusively in Chile. I like Chilean white wine, too. I also recommend Chilean "Sauvignon Blanc" with marinated seafood called "ceviche", a popular dish in South America. 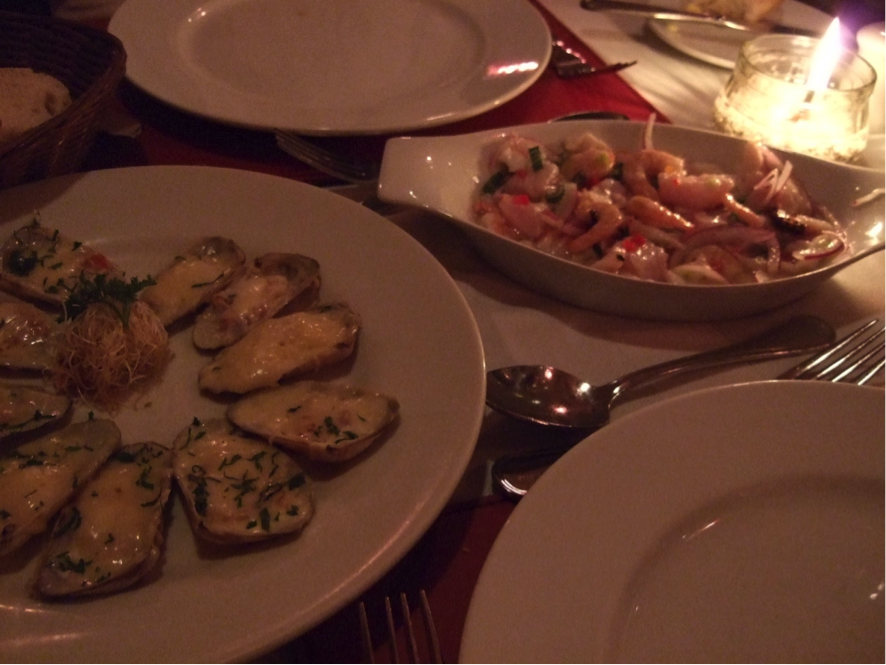 Photo 2: Dishes at a restaurant in Santiago: machas (front), a kind of shellfish which is not familiar in Japan, and ceviche (back). They are good accompaniment to Chilean white wine.

* First in the world...
Well, so much for Chilean wine. Let's get back to ALMA. Generally, polarization is found only in a small portion of radio sources. Then, it is necessary to calibrate observation data with high accuracy to detect faint polarized waves. Since the calibration methods have yet to be firmly established, we need to verify many items in evaluation activities. Moreover, we need to think about how to meet the technical requirements of ALMA that are extremely high. However, the polarization imaging with ALMA is beginning to take shape. The data we get from the test observations is the world's first polarization data in the millimeter/submillimeter spectrum. There have been few previous polarization observations at the wavelengths covered by ALMA. It was a really impressive moment when I first obtained a polarization image analyzed by myself. I will do my best in these evaluation activities, hoping to bring such a joyful moment to other researches. ALMA polarization observation is coming soon! 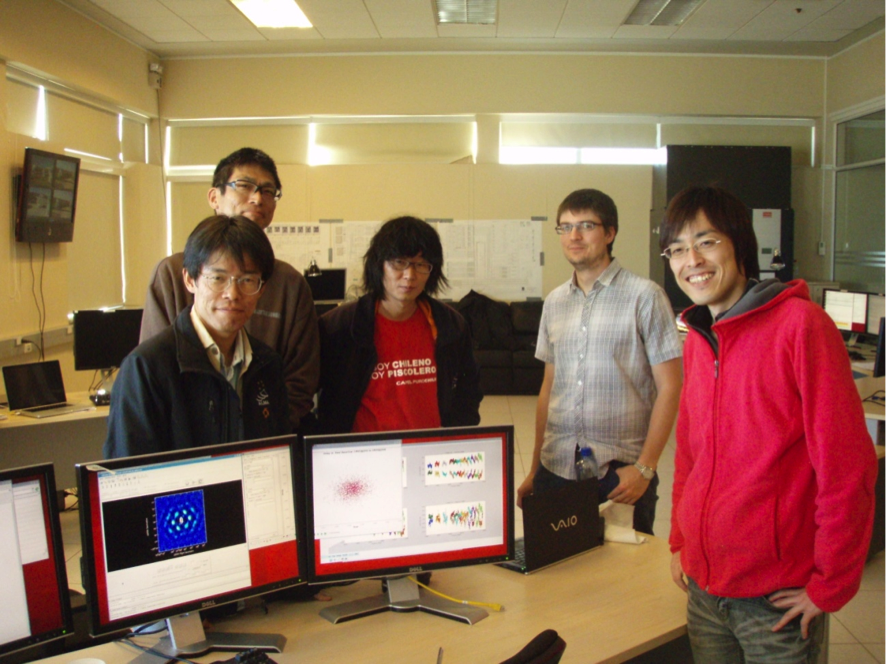 Photo 3: Smiles after we successfully obtained a polarization image in a test observation with ACA. Our exhaustion from working through the night was blown away by the world's first image.