18. Exploring the Origin of Life with ALMA

Published in the December 2011 issue of NAOJ News (monthly newsletter)

* Are we alone in the Universe?


How did the universe begin? What is the ingredient of matter? These fundamental questions arouse curiosity of not only researchers but also of all ordinary people. How was life created? Where is the origin of life? These profound questions also stimulate our imagination. Are we alone in the universe? Do we have our counterparts on another planet? Scientists are now searching for the answers.

The ancient people had believed that living matter arose spontaneously from non-living matter. However, such spontaneous life generation was opposed by a French scientist Louis Pasteur in the 19th century and since then the origin of life became the subject of attention. Meanwhile, A. Oparin, a biochemist of the former Soviet Union published a hypothesis maintaining that a substance called "coacervate", which is generated from organic colloids in the primordial ocean, may have a linkage to the first life. In the 1950s, Urey and Miller successfully generated an organic substance containing amino acid from an inorganic substance by electric discharge. This prompted vigorous discussions about the link between the universe and life. Although there were a discovery of interstellar matter in 1960s and several astronomical attempts to probe amino acid in space since the late 1970s, we have yet to find any life-related substance in the universe.

* Astrobiology
Past observational/theoretical studies show that large-size organic molecules exist in a very compact star-forming region. These molecules are thought to have been formed from the surface reaction of interstellar dust and vaporized by radiation from a protostar at the center of the region. Also, there is a possibility that we may find not only these organic molecules but also precursor life-related substance such as large organic molecules containing base, sugar or their precursor substances composing amino acids or nuclei acids (see Figure 1). Since there is little evaporation in a region farther away from the central star where a cometary nucleus (a small object mainly made of ice) is formed, it is assumed that precursor life-related substances may be found in a comet with their formation record.

A recent study revealed that glycine, which has the simplest composition of amino acids, was detected in particles taken from Comet Wild 2 by the Stardust Project (Elsila et al. 2009). This fact indicates the possibility that precursor life-related substances may have been contained in a protoplanetary disk. Based on this assumption, we can make two hypotheses: the first is that any life-related substance generated from interstellar gas would have reached the primordial earth or a primordial planet; and the second is that any life-related substance would have fallen on the primordial earth or a primordial planet in a form of a comet, meteorite, or interplanetary dust after planets were formed, and it became a seed of life on the earth or on a planet.

Life consists of a wide variety of materials, and a number of different biochemical reactions are taking place inside the cell. The evolution of life is greatly related to the past global environment as evidenced by fossil records of extinct plants and animals. For further understanding of life, close and wide scientific collaboration beyond disciplinary boundaries is necessary. With the advancement of close research cooperation among related fields of study, NASA proposed to establish a new academic discipline called "astrobiology" in the 1990s aiming to study the origin, evolution, distribution, and future of life in the universe. In the United States and Europe, several organizations committed to astrobiology were formed in the years straddling the nineteenth and twentieth centuries, and International Astronomical Union (IAU) established Commission 51 (Bioastronomy). In January 2009, Japan Astrobiology Network (http://www.ls.toyaku.ac.jp/astrobiology-japan/) was established to create collaboration among astronomy, chemistry, geophysics, and biology. Against this background, the detection of life-related precursor substances in the universe was chosen as one of the major scientific goals of ALMA.

If ALMA successfully detects life-related precursor substances in various planet forming regions, we will be able to understand more deeply about the evolution process of organic molecules containing life-related precursor substances in the universe, as well as the relation of their distribution, evolution process to the types of central stars and the distance from the central star, etc. It is expected that all of these will provide us with new insights leading to the recognition of universal presence of living organisms throughout the universe. 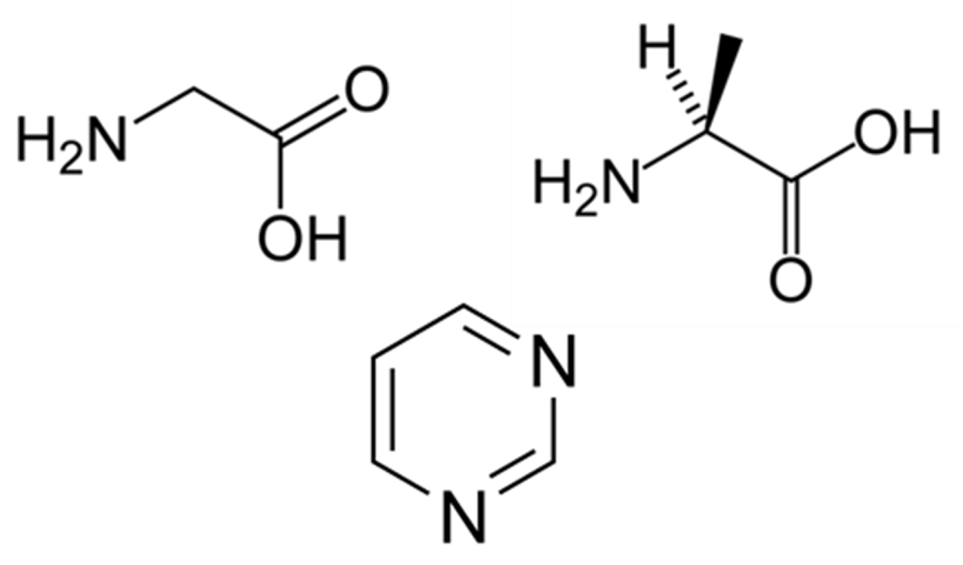 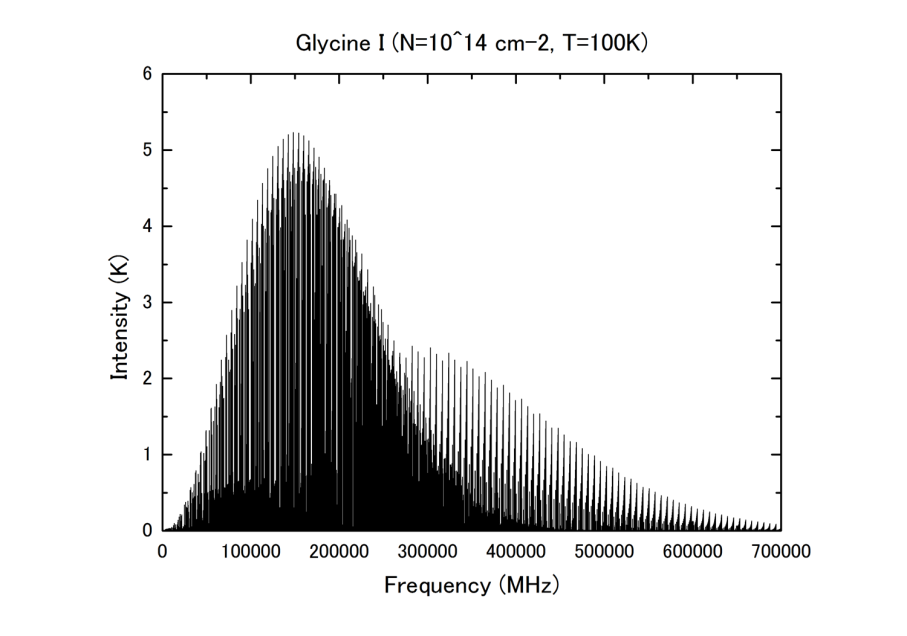 Figure 2: An example of estimated intensity distribution of the emission line of glycine with a column density of 1014cm-2 and at an excitation temperature of 100 K. 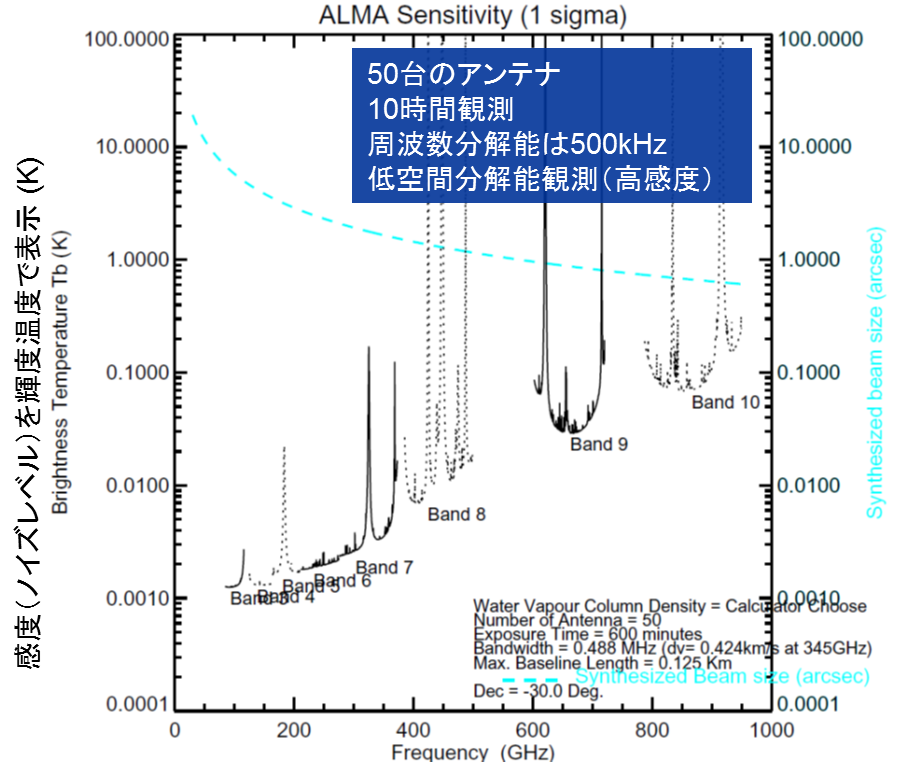