Published in the February 2011 issue of NAOJ News (monthly newsletter)

● What is CASA?
CASA (Common Astronomy Software Applications) is the name of data analysis software which is developed for ALMA. This is a kind of ambitious naming because CASA is a product that has only been adopted (officially) by two radio telescopes (ALMA and EVLA to be described later) and it has yet to become “common”. 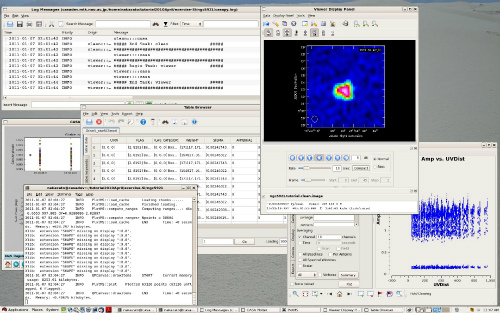 CASA is new software whose development started from 2005 (Figure 1) in collaboration with about 20 software engineers from Japan, North America, Europe, and Australia. The development is led by the U.S. National Radio Astronomy Observatory (NRAO) in Socorro, New Mexico, where about a half of developers are working. Near Socorro, there is a giant radio telescope called “VLA” which was filmed in an American movie “Contact”. The VLA (recently renamed “EVLA” with further improved functions) has been producing brilliant results over 30 years by the NRAO’s continuing operation and software development. So, we think it’s natural that Socorro became the center of the CASA development. In May 2010, a seven-day meeting was held in Socorro where CASA development staff (including those directly/indirectly-related to the development) gathered and had discussions. This meeting was very meaningful because our communication is usually made remotely via e-mail or teleconference (Figure 2) and we rarely have the opportunity to meet face to face. 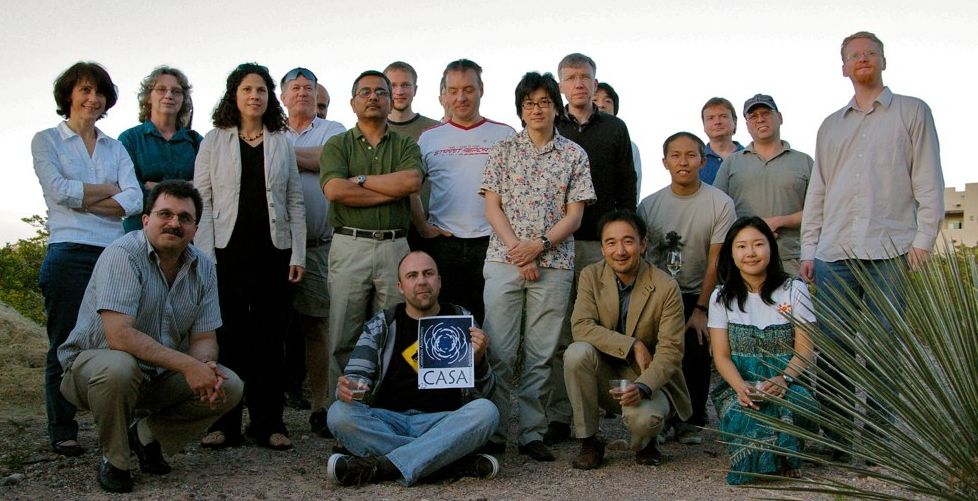 Figure 2: CASA development staff at the meeting in Socorro (May 2010)

● Chile, IZAYOI, and Us
The international CASA development team includes four Japanese members from NAOJ ALMA Computing group (the authors). We have been developing data analysis functions for four 12-m antennas which will be part of sixteen ACA (IZAYOI) antennas. While most of the ALMA antennas are used as part of a radio interferometer, four 12-m IZAYOI antennas receive signals independently as one parabola antenna, not as an element of an interferometer. Since the IZAYOUI antenna is different from other ALMA antennas in its observation method as well as in its analysis method, the development of its data analysis function is undertaken by NAOJ, the manufacturer and developer of IZAYOI.

Although radio astronomy has a long history and accumulated know-how on data analysis, ALMA needs to meet extremely high performance requirements not only in its hardware as well as its software. To achieve such a high goal, we are studying new observation/data analysis methods in addition to the development of analysis tools based on the conventionally-known method.

Although we have been engaged in the development for ALMA, there is no radio astronomer in our CASA development team (Nakazato and Sugimoto studied theoretical astronomy; Kawasaki optical astronomy; and Kawakami X-ray astronomy). Initially we were bewildered in an unfamiliar field of astronomy, but we have always been helped by a radio astronomer Takahiro Tsutsumi, a member of the CASA development team in Socorro. He has given us great support especially during our stay in Socorro on our business trip (we thank him a lot!).

Since CASA is data analysis software, we are free from geographic constraints in doing development and testing as long as we have necessary data at hand. This means we don’t have to go to Chile if data is brought by someone from Chile to Japan. For this reason, we thought we would never have a chance to visit the ALMA site in Chile, but in December 2009, we were fortunately given an opportunity to visit the ALMA Operations Support Facility (OSF) to have a face-to-face discussion with ALMA staff conducting on-site antenna evaluation tests. After we actually went to Chile, we realized the environment at the OSF is much harsher than we had expected. In fact, Nakazato, one of the authors, got sunburn on his head and his scalp peeled off like a piece of “fried chicken skin”.

During our visit to Chile, we felt admiration for all those working for the construction of ALMA in such a rigorous environment and reaffirmed our determination to contribute to ALMA thorough the CASA development while looking up at the white ALMA antenna under the deep blue sky.

● “mi casaes su casa”
In Spanish, there is an expression “mi casa es su casa” which literally means “my home is your home”. This is a Spanish version of “Make yourself at home” to show their warm welcome to their guest. We are developing the CASA software with a similar concept which would be expressed as “our software is your software”. We need to make highly-advanced and highly-functional software to meet the ALMA requirements, but at the same time, we intend to develop user-friendly software which can be operated by a wide range of users from beginners to radio astronomy experts.